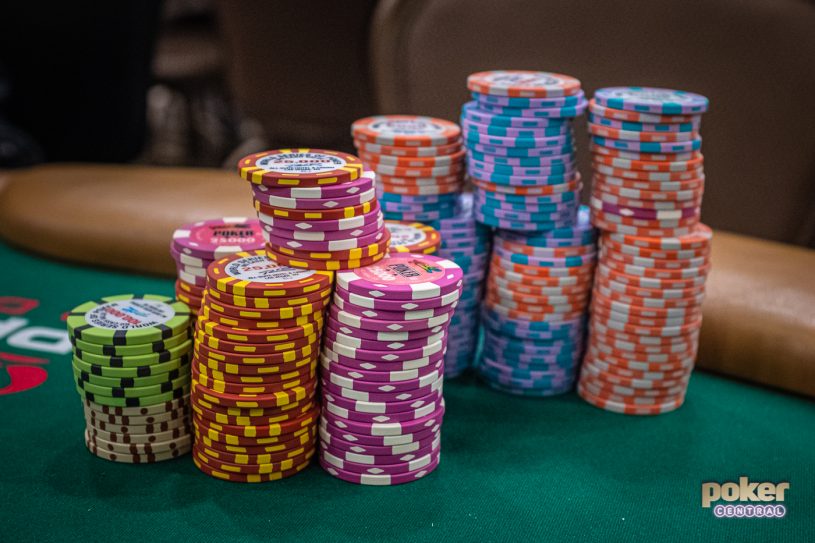 With seven events taking place across Day #18 of the 2019 World Series of Poker, three of those events produced bracelet winners as Saturday crowned a trio of champions. That wasn’t all that went down at the felt, however, as there was drama in a Shootout, Seniors extending into an extra day and big names proving they know how to use a double-stack.

With 40 players progressing from Round 1 of the WSOP $3,000 Shootout event, Justin Bonomo, Kristen Bicknell and James Obst were just three of the names who will be planning to go one step further and make the final after tomorrow’s Day 2.

Pavel Plesuv technically has more chips than anyone else, with 159,000 to his name, but everyone has 150,000 or more given the nature of the event, and other crowd pleasers such as Byron Kaverman, Taylor Paur, Alexandru Papazian, Andrew ‘Chewy’ Lichtenberger and Ryan Leng all made it through. The latter outlasted a table stacked with WSOP experience, including perhaps the player who draws the biggest crowd of anyone at the Rio, Phil Ivey.

Leng stopped Ivey at the heads-up stage to win a guaranteed $6,099 and put himself in the position where he’s two table wins away from $207,193 and the gold WSOP bracelet.

DOUBLE-STACKERS INCLUDE NEGREANU, HELLMUTH AND CLOUTIER

Plenty of others survived the day but held less than the average stack, such as Bill Klein, 2018 event winner Robert Peacock and former WSOP Main Event champions Phil Hellmuth, Jamie Gold, Scotty Nguyen and Chris Ferguson. They’ll all return to blinds of 1,000/2,000 with the average stacks currently at 106,816 (53 big blinds). Of the 2,327 players who have made it so far, only 933 will net a guaranteed minimum cash of $1,499, but they’ll all be fighting hard to win the top prize of $687,782. With 6,214 players entering the event, hopefuls such as Ebony Kenney, Men Nguyen and Anthony Zinno all failed to hold onto their chips.

With 122 entries in total, Adam Friedman, who won the $10k Dealer’s Choice event in 2018, is still involved with just 11 players left, and better than that, he’s the chip leader.