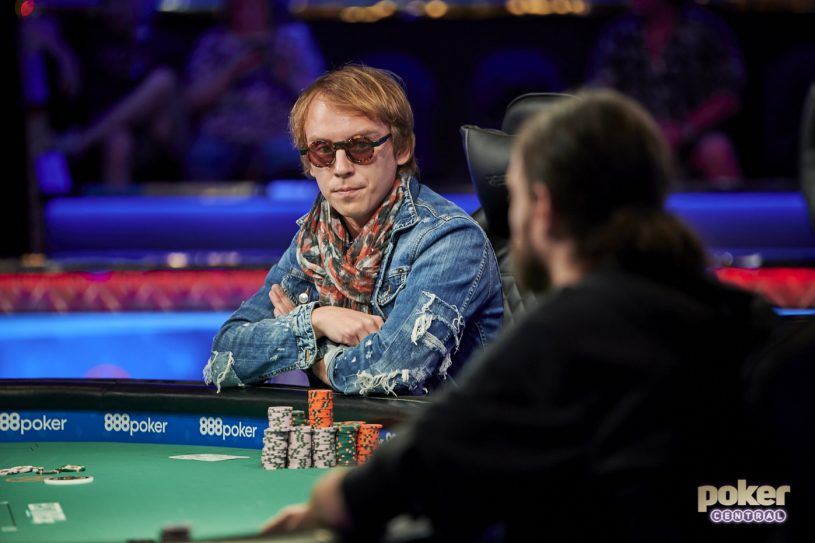 The $2,620-entry Marathon event truly lived up to its historic name as the final race to become champion was a heads-up affair for the ages. Russian online player Roman Korenev won his first-ever WSOP gold bracelet and took home $477,401 by outlasting Minnesota’s Jared Koppel after an epic heads-up followed a frantic final table up to that point.

From the kick-off, things were too quick for some. China’s Dong Sheng Peng didn’t arrive for the first ten hands. If he’d waited much longer, he might have been heads-up, as, in just over an hour and a half, the field had been reduced from six players to two. Peng was the man eliminated in third place to send the overnight chip leader Koppel up against the Russian player Korenev.

Heads-up could have been over quickly, as, with Koppel leading, Korenev was all in and at risk with pocket sevens against the former’s pocket queens. But a seven on the flop set the tone for a topsy-turvy final duel that would only end hours later after the latest flip of the form book landed Korenev the lead. Having raised from the big blind with ace-king, Korenev saw Koppel call.

Koppel held jack-ten and was ahead on the jack flop. But he only called Korenev’s c-bet, shipping all in on the turn of a king, by which point he was behind. When an ace fell on the river, the Russian rail erupted to hail their new champion. Watch exactly what happened in The Marathon’s exciting final table right here.

The final five players in the $1,000 Pot-Limit Omaha event battled bravely for the $236,673 top prize, but in the end, no-one could do anything to stop the juggernaut that was Luis Zedan. Zedan outlasted the 1,526 entries in Pot Limit Omaha and claimed victory after two very quick eliminations of Ryan Goindoo and Ryan Robinson were followed by the exit of short-stack Sam Razavi to send the tournament heads-up.

That was a quick fight, with Thina Lin the unlucky runner-up to run into the powerful Luis Zedan. ‘Yeah, baby!’ Zedan exploded, as he called all-in on the turn with the nuts and rode the river to seal the deal. Taking home the greater part of a quarter of a million dollars, why wouldn’t he be so happy?

CAMPBELL CLAIMS MAIDEN VICTORY AS AUSSIES HIT 20 NOT OUT

Robert Campbell claimed the victory over David Bach in the $1,500 Limit 2-7 Lowball Triple Draw event in the small hours of the morning. With 467 entries in the tournament, it was the mixed game special skills of Robert Campbell that came to the fore, with the top prize of $144,027 heading back to Melbourne, possession of Robert Campbell.

Campbell had won his first ever bracelet, denying David Bach, a.k.a. ‘The Gunslinger’ his fourth bracelet. In doing so, Campbell became the 20th person to win at least one WSOP bracelet in their poker career and outlasted several great players along the way, such as Jared Bleznick, who finished third.