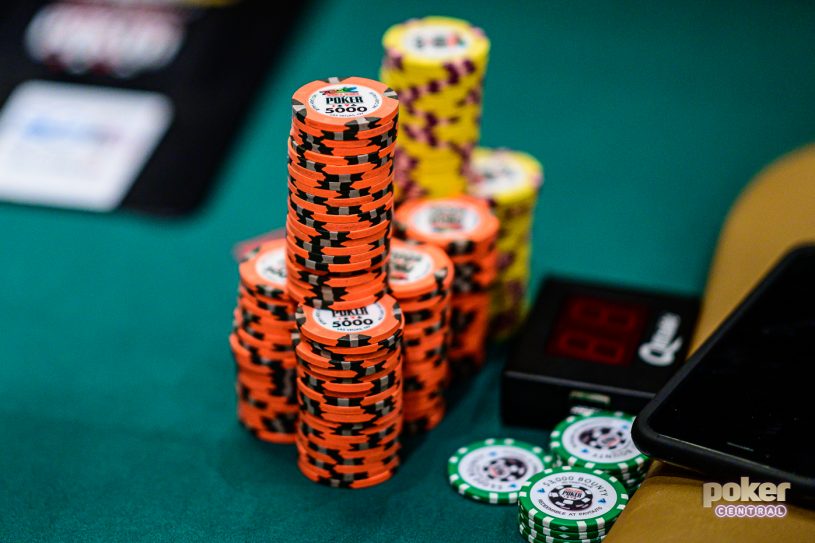 When it comes to playing at the World Series of Poker, for some players, it’s a daily grind. For many others, it’s a chance to turn from recreational player to Weekend Warrior. For one player in particular, however, this summer’s 50th annual World Series of Poker will be his last no matter what his results. We start with the story, quite literally, of a lifetime.

After suffering from a rare form of sarcoma cancer, Kevin Roster is planning on celebrating his World Series adventure, raising awareness of the disease and hoping he can triumph after one last ‘dance’ with the greatest poker tournament in the world.

Good morning Vegas!! The awareness campaign and poker moves to the Venetian today. Playing the $500k GTD looking to run pure. Good luck to everyone out here. Just not if I’m in the hand : ) #wsop2019 #poker #sarcomaawareness #kevinracks #venetian #deepstacks #cancerawareness

While many recommend never actually pressing the flesh with those you look up to in life, WSOP bracelet winner Galen Hall disagrees, especially since he gets to hear Billy Baxter’s greatest Vegas anecdotes first-hand most years.

Earlier this week I told my friends that it’s important to reg the deuce on time, because it means there’s a 1/3 chance you get Billy Baxter’s table and he treats you to ten hours of Old Vegas Storytime. For the 3rd year in a row, here we are: pic.twitter.com/YeIoOIRAgV

Former Hendon Mob player and poker professional Joe Beevers thinks he’s found the elusive Jason Mercier, who has swapped one side of the felt for the other at this year’s WSOP.

LEADER OF THE ZACK

With a very healthy lead in the race to become 2019’s WSOP Player of the Year, Dan Zack is still starstruck by his incredible progress through this year’s events.

Bagged 312k onto day2 of 10k NL27. My inner poker fan always alive in this one, many old school names I grew up watching and got me into poker

You can check out the full standings right here.

In the latest $25k Fantasy League standings, Team Noori has rocketed to the top of the league thanks in no small part to their top two performers. Many might have raised both eyebrows when Team Noori spent over 95% of their team budget on Ben Yu and Shaun Deeb, but after 11 days of the 2019 World Series, it’s looking money that has been seriously well spent.

Ben Yu’s run to the final two players in the $10,000 Heads-Up Championship was nothing short of superb, and his cost of 43% of Noori’s budget looks like great value even compared to 52% they invested in Shaun Deeb. Yu has 132 points to Deeb’s 29 points, but it’s all about the overall roster, and Team Noori are well and truly on the march.