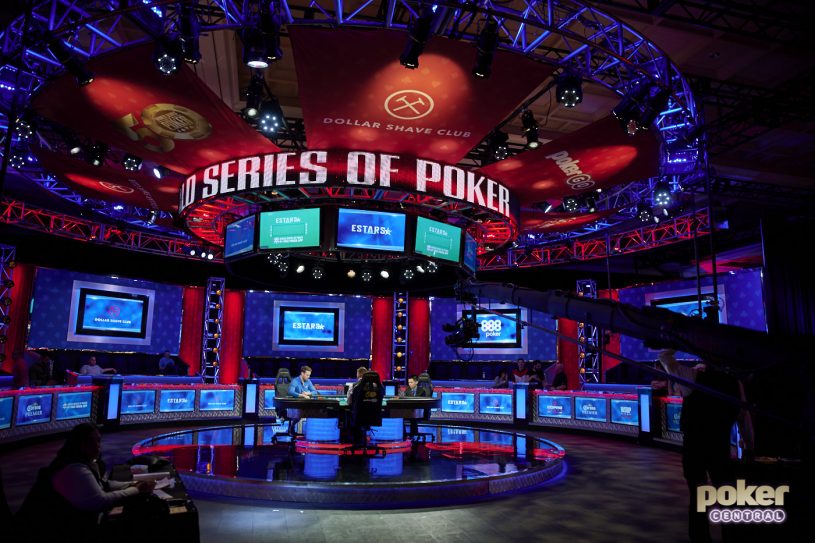 One of the busiest days of the 2019 World Series of Poker so far saw four WSOP bracelets handed out to winners as the first half of the weekend truly saw the best poker had to offer. There were heavyweights in action, while several heads-up duels went all the way to thrilling knockouts. Let’s start with everyone who claimed some golden jewelry on a superb Saturday of action.

Sean Swingruber got the better of Ben Yu to win his first-ever WSOP bracelet and claim the $186,356 top prize after a thrilling finale to the high-profile bracelet event. Having won seven heads-up matches against high-calibre opponents such as Bill Klein in the play-in round then Greg Jensen and an epic showdown against Jimmy Guerrero, before overcame Jan Lakota to progress into the money.

Eliminating Jimmy D’Ambrosio in the quarterfinals, Swingruber had to force a comeback after losing big pots to both pocket aces and pocket kings but managed to do so, setting up a semifinals matchup with Cord Garcia. Returning to action knowing that it would be Ben Yu he’d face in the final rather than former Heads-Up champion Keith Lehr, Swingruber would get there after a topsy-turvy game against Garcia.

The final against Ben Yu was the longest heads-up match of the tournament, with 134 hands taking place between the pair. Yu dominated many of the exchanges, and at one point had just 20% of the chips in play, but ground his way back into contention when pocket three held against Yu’s queen-jack. The road to recovery had been laid down, and gradually, Swingruber took the lead. With just 32 big blinds in play, Swingruber was ahead and committed with 8-6 of hearts against Yu’s pocket sixes. It seemed like Yu, who was all-in, would work his way into a crucial lead especially with only one heart on the flop, but running hearts on the turn and river gave Swingruber the flush and the Championship, to the elation of him and his rail. Here are how everyone in the final eight cashed.

Murilo Souza took down the $1,500 H.O.R.S.E. event for $207,003 when he beat Jason Stockfish heads-up to triumph in the latest mixed game bracelet event. With 751 players entering the tournament, Souza’s Brazilian rail went crazy when he was confirmed as the latest WSOP champion at the Series.

Here are all the payouts from the dramatic final table.

BARON THE KING IN 6-HANDED HEADS-UP

Isaac Baron achieved his lifelong dream when he triumphed over Ong Dingxiang in Event #16: $1,500 NLH 6-Handed, winning $407,739. With 1,832 entries, the 6-Max action was fast and furious, but the heads-up battl was so long it extended to an extra day, so Baron and Dingxiang returned to fight for the ultimate prize. It was not a long day, with just four hands taking place to create a winner before lunch orders had been taken at the Rio\s surrounding restaurants. entry field returned to action in the 2019 World Series of Poker Event #16: $1,500 NLH 6-Handed. Here are the results from the final table which took place over one day and less than an hour.

Brett Apter came back against all the odds after an epic heads-up battle against Russian player Anatolii Zyrin in the $1,500 No-Limit Hold’em Shootout after he bettered a field of 917 players for a $238,824 top prize. Apter took on some of the very best in the game across his three shootout tables, including Jennifer Tilly and Erik Seidel. At the final table, Apter shot down the other nine players, which included Cary Katz (6th), Tommy Nguyen (4th) and of course Anatolii Zyrin in that crucial heads-up confrontation.

Robert Mizrachi took the lead in the $10,000 Omaha Hi-Lo 8 or Better Championship, on a day when 23 remaining players of the 183 entries were reduced to just six poker superstars, including Robert Campbell and Jake Schwartz.

With three former WSOP bracelet winners still in the mixed game mixer, Mizrachi (3,905,000) has a big lead over second-placed Nich Guagenti (2,000,000) but everyone will be desperate to top the field with a top prize of $443,641 on offer. Watch the final table of this event live on CBS All Access in the USA and on PokerGO in the rest of the world.

MANY BIG STACK ON DAY 1b OF MILLIONAIRE MAKER

Day 2 of the event will return to action tomorrow at the Rio All-Suite Hotel & Casino, with 1,300 players remaining from the 8,817 tournament entries.

OTHER NEWS FROM WSOP EVENTS

Finally, Anthony Zinno will be the man to beat in the $1,500 Seven Card Stud event, with a massive chip stack of 733,000 giving him a big lead with just 10 players left. Zinno, who will be going for his second WSOP bracelet across either one remaining day or two (depending on WSOP official confirmation later today) will return to action at 2.00 p.m. on Sunday and look to triumph over other greats at the tables, such as Valentin Vornicu (409,000), Eli Elezra (274,000) and Scott Seiver (215,000), with $93,766 up for grabs to the winner.