Cary Katz was awarded "Influencer of the Year" at this year's American Poker Awards, but he has been influencing and crushing high stakes poker for the better part of the last decade. (Photo: Poker Central)

After a second straight year of overwhelming interest, 61 players entered the 2018 Super High Roller Bowl Lottery. Of those players, 30 locked up a seat in the year’s most exclusive event. Over the next week, Poker Central will introduce the players that will be competing in the $300,000 buy-in event, before ARIA selections to rest of the field that will round out the 2018 Super High Roller Bowl. Follow along as Poker Central runs down the entire field, from legends of the game to High Roller regulars, relative unknowns, and more.

While Cary Katz just earned Influencer of the Year honors at the American Poker Awards, Katz has been influencing the high stakes landscape for the better part of the last decade. The Las Vegas businessman was integral in the development of not only the ARIA High Roller Series, but also the Big Blind Ante structure that those events utilize, and Katz also conceptualized the Super High Roller Bowl. On the felt, Katz has put together one of the most impressive High Roller resumes in poker, one that includes nearly $14 million in career earnings, 11 victories in events with buy-ins over $25,000, two cashes in the $1,000,000 buy-in BIG ONE for One Drop, and a $100K Super High Roller victory from this year’s PokerStars Caribbean Adventure.

Isaac Haxton and Cary Katz have each recorded three seven-figure scores, but the similarities end there. While Katz is a businessman turned high stakes poker regular, Haxton started as the latter. For the better part of the last decade, Haxton has been at or near the top of the poker food chain, playing in the world’s biggest cash games and tournaments. His rise to dominance was featured in PokerGO’s Pokerography series and Haxton has kept that dominance going. Last year was his fifth-straight year of $1 million plus in cashes and Haxton has already earned over $2 million in 2018.

At every level of poker, consistency is key. That is even more true at the highest stakes and over the last few years, there may not be a more consistent player than Nick Petrangelo. The American High Roller has amassed over $9 million in earnings since 2015, while also finishing in the GPI Player of the Year top-ten in each of the last three years. Add in a WSOP bracelet from 2015, an Aussie Millions $100,000 Challenge victory from 2017, and a handful of other wins from seemingly every corner of the globe and Petrangelo is clearly more than Mr. Consistent. He is a High Roller specialist, who will return to the Super High Roller Bowl looking to add a first SHRBowl score to an already lengthy resume. 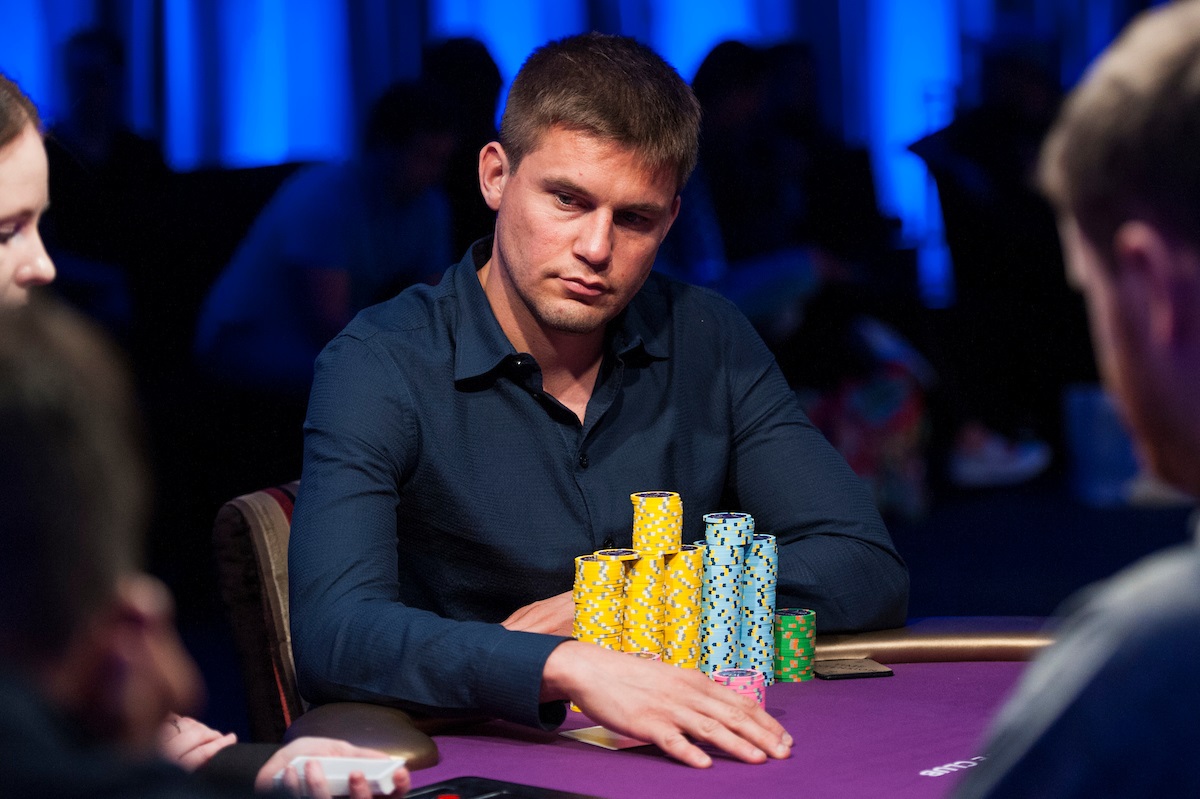 From a player that has consistently come close to a GPI Player of the Year title to the player that won that honor in 2015. Byron Kaverman’s best career year as a professional came in 2015, but his best career score came during last year’s Super High Roller Bowl. Kaverman, pictured above, was near the top of the leaderboard for the better part of the tournament and was one of five American players that eventually made the final table. While his run ended in 5th, good for a $1.4 million score, that result doesn’t show just how good Kaverman is. Over the last three years, Kaverman has nearly two dozen six-figure or better results, which have quietly and quickly pushed his career earnings over $12 million.

Last spring, Jason Koon shared just how hard it was to be a professional poker player at the world’s highest levels. On his Instagram page, Koon called out “some kid in Belarus who is smarter, younger and potentially hungrier than you to take your spot.” Was Koon calling out Mikita Badziakouski? We will never know, but we do know that the Belarus professional will make his Super High Roller Bowl debut this year. While Badziakouski’s name may be unknown to most American fans, players from around the world have known Badziakouski for years. Playing under the name “fish2013” online, Badizakouski has crushed high stakes cash games and he has recently crushed some of the world’s biggest live events. In 2017, Badizakouski cashed for over $4.5 million, including a 3rd place result in the High Roller for One Drop at WSOP Europe.