You are here
Home > News > Poker Goes Off the Rails, Dario Sammartino Dodges the Mercier Name & Showers All Round 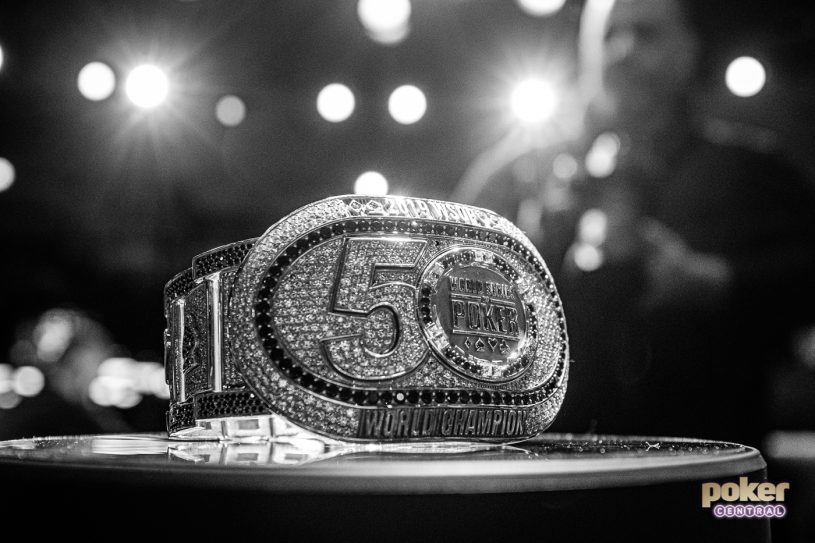 The most famous bracelet in the world.

The World Series of Poker is in the can for another year. Sending the WSOP on its way, poker players have been celebrating its crazy final table rails, going all misty-eyed for the past two months…and handing out showers. It’s to get under the water and wash that Rio grime away.

OFF THE RAILS IS FINE

Some love them, some don’t. This poker fan is clearly a supporter of the raucous rails that punctuated the Main Event coverage.

Not a huge poker guy. But I’m a little hooked by all the zaniness. Poker should be a little off the rails. Wanna get nuts, let’s get nuts!! https://t.co/USdgQlBAYd

David Williams misses the days when players would have heaps of chips to push into the middle. Maybe he’s just going all sentimental about his runner-up finish.

Popular opinion: I miss the days when they didn't color up and the guys had castles and were betting two hands stacks. #WSOP50

Natasha and Jason Mercier not only celebrated having a large percentage of Garry Gates’ action this Main Event final table, but they very nearly had to call their second child Dario Mercier.

STAYING AHEAD OF THE GAME

Layne Flack is all for self-improvement, and it’s to his credit. If everyone had his attitude, the WSOP might be unbeatable!

The more i watch poker on TV and online. I become more and more aware of how different the game is and how much there is for me to still learn. Does not pay to be stubborn in my ways or no limit poker will pass right passed me. If it hasn’t already. #humbled

hey idiots u don't need to make a "good bye vegas" tweet no one cares that u got buried and wasted 2 months of your life out here.

THE BEST OF THE BEST

With the $25k Fantasy League finally complete, congratulations are in order to Team Riess, who, with their star man Dario Sammartino leading the way, overcame the fur-figure mark, the only team to do so.

Here are the top five players, and you can check out the full standings for the final league table right here.

Elsewhere, in the WSOP Player of the Year Race, players such as Robert Campbell, Daniel Negreanu, Dan Zack and Shaun Deeb have been left with a big choice. Do they play the WSOP Europe in October and November? If they want that banner enough they will!