You are here
Home > News > Five Things We Learned from Day 1 of the $50,000 Poker Players Championship 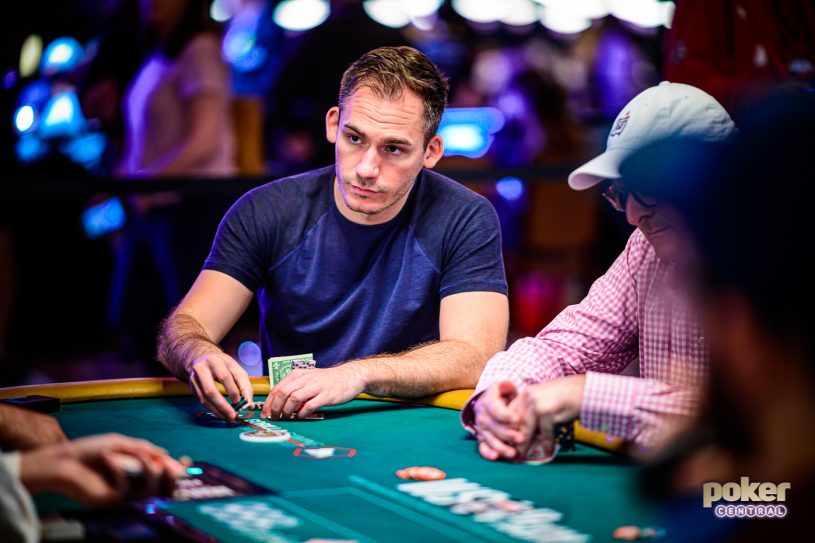 The big one is back. Every elite multi-game poker player wants to win it, very few can miss it and as poker fans, we adore it. Every table is packed with professional poker players of the highest standard, and the only bad thing about the $50,000-entry Poker Players Championship is that the Chip Reese Trophy ever has to be handed over at all, because it means the tournament is over for another year.

The opening few hours of the annual PPC provided its usual star-spotting Day 1 delight. But what else did we learn from the opening day of action?

It appeared like the poker legend-turn-doting-Dad might not play at this year’s World Series, after all his son is 20 months old and his wife Natasha is expecting the couple’s second child. But out of nowhere, and with his Bilzerian-beating beard still in place, Jason Mercier arrived to take a seat in the $50,000 Poker Players Championship.

After a fun day at the felt, Mercier proved there was little rust on his engine as the five-time WSOP bracelet winner drove his way up to a stack of 345,600 chips, good for a top 20 berth at the close of play.

BONOMO IS THE MAN TO BEAT

With so many star names in their seats in this multi-format event, it would be easy to assume that the big names will have it all their own way, or that legends of the game somehow get to the top no matter what. It may have been proved that the former is still very much truer than the latter as Justin Bonomo (646,100), a man who needs no introduction, got the better of a table containing Phil Ivey (344,300)

David Benyamine did much to enamour himself to players at his table when in a potentially huge had against Brian Rast, he rivered a full house against Rast’s flopped straight. Benyamine only called Rast’s bet on fifth street to laughter from the table and some less-than-gentle ribbing about the possibility of Benyamine receiving a penalty. Still, the Frenchman bagged up 441,500 chips, which is good for 10th overall, so maybe the laugh isn’t on him. OK, but maybe it is.

Kid Poker endured another tough day at the felt as he battled variance as well as some of the toughest mixed game players in the world. At one point, Negreanu managed to only lose the minimum when he had pocket kings and Eli Elezra, who already has a WSOP 2019 bracelet under his belt, had pocket aces. Brutal.

While 64 players entered, creating a prize-pool so far of $3.2 million, Mike Gorodinsky was the only man to fall foul of the Day 1 field and end it with no chips. Gorodinsky lost his last in pot limit omaha against eventual chip leader Josh Arieh, who stacked up 658,500 by the end of the day. Here’s how the top 10 in the Poker Players Championship line up: