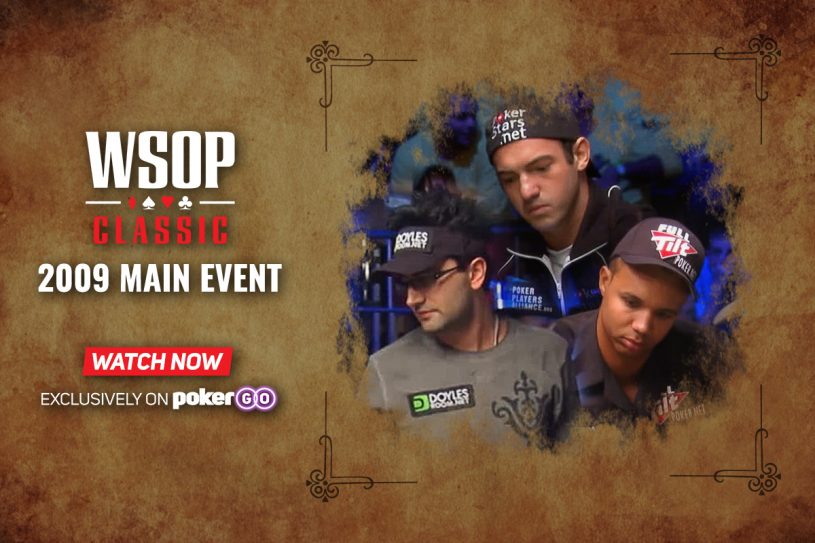 Following another dip in numbers, the 2009 WSOP Main Event saw the 6,494-player field create a prize pool of over $61 million. The November Nine continued for a second consecutive year with the final table concluding in early November as the final nine players were predominately American-based with seven players representing the red, white, and blue – the most since 2006 when Sweden’s Erik Friberg was the only international player.

Nearly four months elapsed between reaching the 2009 WSOP Main Event final table and playing the first hand. The final nine players resumed play at the Penn & Teller Theater and were reduced to the final two on the first night of play, and on the second night, Joe Cada would defeat Darvin Moon heads-up to win the $8,547,042 first-place prize. The previous year saw Peter Eastgate break Phil Hellmuth’s record of being crowned the youngest WSOP Main Event champion at the age of 22 – and with Cada’s victory – he would become the new record holder as he was just eight days shy of his 22nd birthday.

The past few WSOP Main Event champions weren’t relatively experienced or known in the poker world, and although Cada was just 21 years old when he entered the 2009 WSOP Main Event, he had been playing poker for the past five years. Known for his “jcada99” moniker on PokerStars, Cada first began to play poker at the age of 16, and when he turned 19 he could legally play in Canada and make trips across the border from his home in Detroit to play at the local Windsor casino in Ontario, Canada. Leading up the 2009 WSOP Main Event, Cada collected two cashes including a 64th-place finish in a $2,500 No-Limit Hold’em event for $6,681, and a 17th-place finish in a $1,500 No-Limit Hold’em event for $21,533. Unlike some of the previous winners who snuck quietly under the broadcast radar until late in the coverage, Cada ended Day 1C as the overall chip leader and was highlighted throughout the broadcast on his way to being crowned the 2009 WSOP Main Event champion.

The final table episode is part of the 25-episode 2009 WSOP Main Event collection available now on PokerGO. Coverage begins with play from the four opening flights as the usual suspects are the highlight of the broadcast – Mike Matusow, Daniel Negreanu, and Phil Hellmuth are all seated on the feature table while Lex Veldhuis, Allen Cunningham, and defending champion Eastgate also make an appearance. Day 2 action is split over four episodes with 2004 World Champion Greg Raymer and comedian Jason Alexander on the feature table on Day 2a, while Hellmuth takes center stage on Day 2b.

Day 3 sees two Aussies at the feature table with Jeff Lisandro and 2005 World Champion Joe Hachem in action, while Day 4 the money bubble bursts. From Day 5 onwards some new names and faces begin to emerge among the pros the viewers are accustomed too. Phil Ivey and Antonio Esfandiari continue their deep runs, while Bertrand Grospellier, Tom Schneider, Billy Kopp, Darvin Moon, James Akenhead, and Steven Begleiter began to make some noise.

The final day of play from inside the Amazon Room sees action split over four episodes. Beginning with 27 players the field is reduced to 18 in two episodes, and from there we see one of the most memorable hands in WSOP history play out between Moon and Kopp with flush-over-flush for a quarter of the chips in play with just 12 players remaining. Following nearly a four-month hiatus, the final nine returned to play down to the winner where it would be Cada collecting the $8,547,042 first-place prize while being crowned the winner of the 2009 WSOP Main Event.

The 2009 WSOP Main Event was broadcast on ESPN and is now available on PokerGO. Select your favorite episode from the overview below and start watching right now.