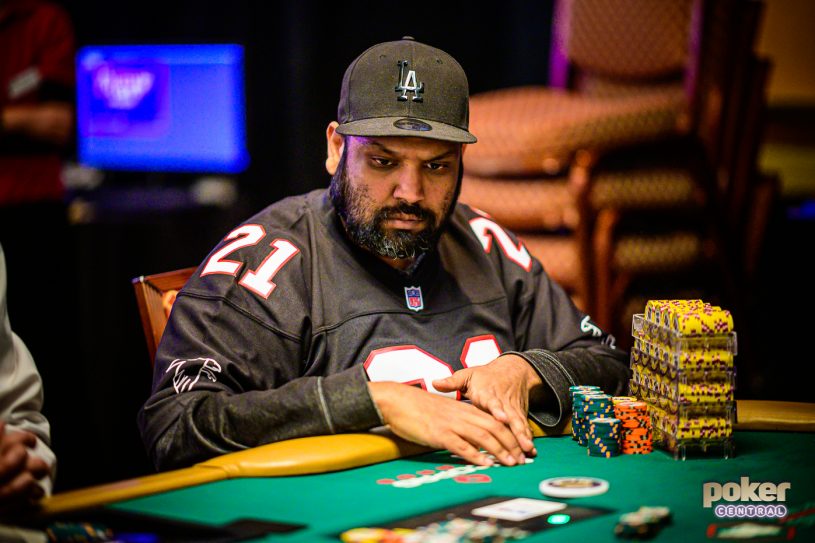 Three more winners took home WSOP bracelets other than Hossein Ensan on the Main Event final day. In Carl Shaw, Anuj Agarwal and Denis Strebkov, there were new winners and celebrated champions, which we join in with here. Pass the champagne and let’s raise a glass to the title winners!

Anuj Agarwal won his first-ever WSOP bracelet after beating a field of 272 players to win the $10,000 No-Limit Hold’em 6-Handed Championship. With a huge $630,747 prize meaning Agarwal had eclipsed any previous result in his career by some distance, he took the title after beating Antipodean player Kahle Burns heads-up.

Having run deep in the Main Event (Agarwal finished 123rd in the showpiece), he still managed to lift a bracelet on the final day of the event he’d rather have won, banking a huge six-figure score on a final table that included real superstars of the felt such as Ben Heath, Gal Yifrach and Dong Chen.

Russian online legend Denis Strebkov has his hands on his first-ever WSOP bracelet after beating a stacked final table including players such as Paul Volpe, Andrey Zaichenko and Jim Collopy.

Strebkov, who has previously won five online world championships, reached three final tables during his trip to Las Vegas and it was certainly a case of ‘third time’s the charm’ as he triumphed over 300 other players to win the $206,173 top prize and win his first-ever WSOP bracelet.

Strebkov ruled supreme among the Russians, taking out both his countrymen, Konstantin Puchkov and Andrey Zaichenko, along the way, as well as outlasting last year’s event winner Brian Hastings and French pro Paul Tedeschi, who missed out on his maiden bracelet when Stebkov denied him.

Carl Shaw got the better of Tony Dunst heads-up to win his first-ever WSOP bracelet and snatch the first-place prize of $606,562 into the bargain. A final table that featured Phil Hellmuth, who would bust in sixth place, as well as Luke Graham, who would ultimately fall in third place, it was a fast-paced heads-up duel to match the 30-minute blind format of the tournament itself.

With 608 players in total, the event dubbed the ‘Summer Saver’ had a massive prize-pool of $2,827,200, paying just 92 players such as Kevin Eyster and Rami Mornel, both of whom made the final table.

Hellmuth got desperately close to his 16th WSOP bracelet, with Tony Dunst busting the Poker Brat after his bold move with five-three was called by Dunst’s ace-ten, which improved to a full house on the river. Dunst couldn’t seal the deal, however, after a topsy-turvy heads-up where the British player Carl Shaw won the key flips to bring a fourth WSOP bracelet back across the Atlantic Ocean to Great Britain across a very successful summer for players from the UK.