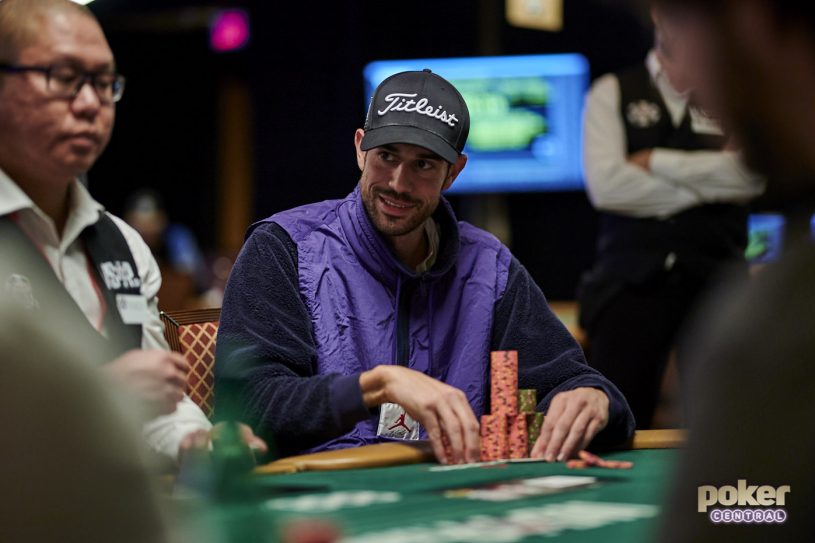 Commentator's Reverse Curse? Nick Schulman will go for gold at the Rio live on PokerGO!

Four WSOP events reached crucial stages without awarding any gold bracelets on Sunday night as some of the action was crazy, some was calm, but all of it was exciting. The 50th annual World Series of Poker is approaching it’s most crucial stage, as with just days before the WSOP Main Event, bagging a bracelet has become pivotal to many players’ hopes of having a great summer.

PokerGO won’t have the commentator we’d originally booked in for the final day of the $10,000-entry Pot-Limit Omaha Hi-Lo 8 or Better Championship as regular man-on-the-mic Nick Schulman will be chip leader as play kicks off. After a penultimate day that looked like it might go one way and another, Schulman ended up on the right side of some brutal swings with 3,355,000 chips. He was followed in the counts by a more steady riser, as Brian Hastings goes into the final second in chips with 2,735,000 after barely breaking a metaphorical sweat.

After 541 entries were whittled down to just 21 players, David ‘ODB’ Baker led the field hoping to become the $1,500 Limit Hold’em event winner. Baker had an extraordinary day at the felt, ending play with 1,275,000 chips, more than double his nearest rival, Ronald Carmona, who has just 488,000.

Baker wasn’t the only luminary to book a seat in the next day’s draw, with Chris Ferguson multi-tabling his way to an above-average stack of 361,000 (he also finished 7th in the latest WSOP Online event) and Daniel Negreanu bagging up 206,000 in his latest attempt to end his 11-year Vegas bracelet hoodoo.

With a massive 10,000+ entries in the $888-entry Crazy Eights event, several big names will be looking to power through the remaining field and bag the $888,888 top prize when Day 2 takes place at 12 noon on July 1st. Day 1d was the biggest flight of all, with almost half the total tournament entries taking part in the final frenetic flight. One of the stars of the show was the WSOP ‘legend’ William Kassouf, famed for his smack-talk inspired deep run in the 2016 WSOP Main Event.

MERCIER, ELEZRA AND ZHU ALL PROGRESS IN FINAL MIXED EVENT