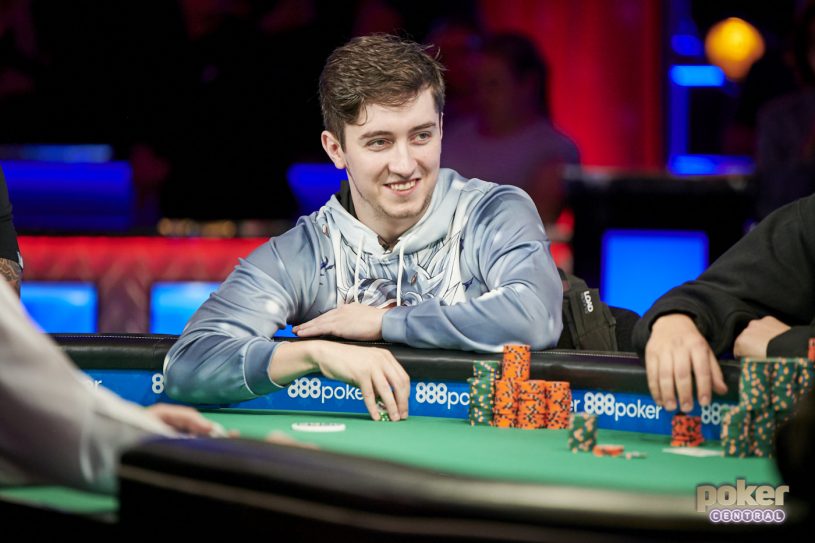 Ali Imsirovic was all smiles at the first big final table of the 2019 WSOP.

Day #2 of the greatest poker show on Earth, the 50th Anniversary World Series of Poker was a big one. In fact, it was a mammoth day with an early start and the first bracelet win of the summer. Let’s start with jewelry.

Daniel Negreanu’s bid to open his WSOP summer with a bracelet in his first event fell short as he was first to fall when the six remaining players in Event #2, the $10,000 Super Turbo Bounty event, returned. Kid Poker was out of the tournament inside just 13 hands, and for many, that left the focus on whether Loren Klein would add his fourth WSOP to an already impressive resume, or whether Bosnian wunderkind Ali Imsirovic could bag his first bracelet.

In the end, however, it was neither, as Brian Green triumphed over his friend Imsirovic to deny the young phenom the gold. Green, who admitted that every tournament comes with its slices of fortune, played some great poker and adds another victory to $3 million in tournament earnings. Having run deep into the money in last year’s Main Event, it might not be the last we see of Brian Green in this year’s WSOP. It certainly won’t be the last we hear about Ali Imsirovic, who after an amazing first half of 2019, will look to dominate the WSOP.

KID POKER ONTO THE NEXT

For Negreanu, it was back to the grind and he fired again on Day #2, entering Event #4, the $1,500 Omaha Hi-Lo 8 or Better. At one point, it was his eternal adversary Shaun Deeb who held a big chip lead in the event, while Negreanu was short-stacked. That balance leveled out, however, and both men ended the day with below average, Negreanu only marginally under the standard with 17,700, but Deeb cut down to just over a solitary big blind with 2,000.

After two days of action, the first event to kick off this summer has reached its final six players. After a topsy-turvy day of drama, it was WSOP Media Relations Manager Isaac Hanson who bagged the biggest stack, and he’ll go into the final table with a slight lead over Jorge Ruiz, but a huge lead over most of the finalists.

You can tune into PokerGO for the final table of this event, with streaming starting after play begins at 1.00 pm local time.

BIG 50 ON TARGET FOR RECORD-BREAKING FIELD

It’s impossible to report on the action at the Rio today without mentioning Day 1a of the Big 50. The $5,000,000-guaranteed tournament, which will award $1,000,000 to the winner, welcomed 6,095 entries across four rooms in the Rio. With such huge numbers, the tournament could well set a new record for entries into a single event, and with Day 1a and 2a on the horizon tomorrow, we’ll have more of an idea about how close that gets very soon.

Want to watch all the action this summer from the 50th Anniversary World Series of Poker? Subscribe to PokerGO and CBS All Access today to stream the live action and watch the world’s best poker content 24 hours a day!