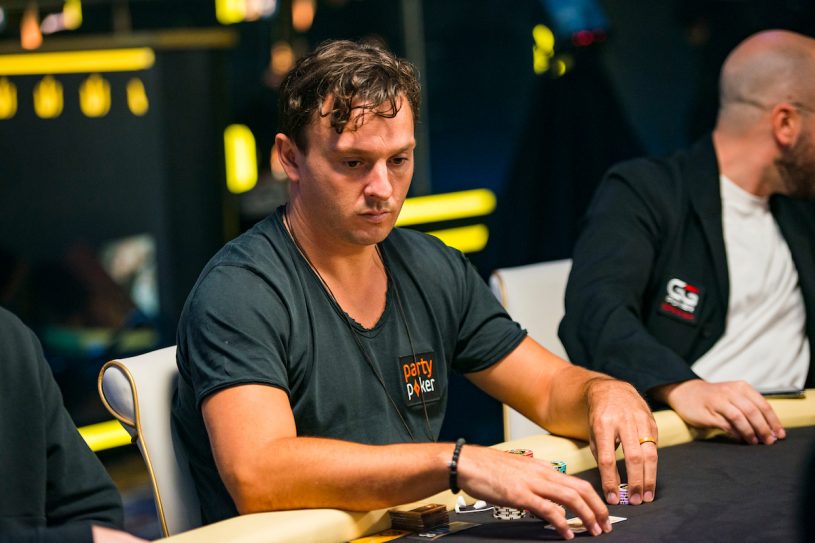 The Triton Million did not only produce the largest buy-in in poker history along with the biggest first prize, but it also created some amazing banter on Twitter! As Day 1 has wrapped up, here’s a look at some of the best gems that Twitter produced.

Watch the Triton Million Day 2 for free on PokerGO starting at 8:00 a.m. ET with a winner set to be crowned on Saturday night in London. Commentary and break desk analysis are provided by Ali Nejad, Nick Schulman, Lex Veldhuis, Marle Cordeiro, Jeff Gross, and Liv Boeree.

Sam Trickett pulled off a sick bluff against both Bryn Kenney and Stephen Chidwick and the Germans were very impressed! Watch the full hand here.

I've just turned on the @tritonpoker stream and guys… This @Samtrickett1 for sure has a new fanboy. Rooting for him so hard now!!#beastmode

One of the sickest hands ever. Great analytical thinking by @BrynKenney , Stephen Chidwick and @Samtrickett1 !!
So good!
Fun feature table on @PokerGO
Good commentating, too.

A request: right after a hand like that, turn up the table talk!! There’s gold there. #TritonMillion

Christoph Vogelsang is usually criticized for his turtleneck cover-up job but for the Triton Million he broke up the full suit look. Vogelsang sported some Nike sunglasses along with his look to create a unique combo that surely impressed Timex!

You versus the guy she told you not to worry about pic.twitter.com/YTqLU7KLJ0

Decide for yourself, did Justin Bonomo make the right play here?

We're on dinner break in the million and I get invited to sit at a table full of playboy models. They're blown away by how big the buyin is. After 2 minutes of chatting, I leave to go study alone in my hotel room.

To nobody’s surprise, some of the Triton Million table draws were absolutely stacked after the pros and recs were mixed together. Rob Yong definitely drew the short straw as you can see in this video. Yong ultimately survived the day with 1.6 million chips.

A Day in the Life of Boris Becker

Tennis legend Boris Becker is playing some of the Triton side events and along the way, he’s providing some mental game coaching for Tony G who bagged up 1.4 million chips after Day 1. Oh, and Becker photo bombed the Chinese language live stream break desk action as well as posing for a selfie with WSOP Main Event winner Hossein Ensan.

Two German World Champions! Hossein Ensan + @TheBorisBecker – one of them is @TonyGuoga elite sports and mind coach – which one? @partypokerlive @tritonpoker pic.twitter.com/FFC1NcXUjU

Negreanu Won’t Miss This One Again!

Daniel Negreanu took some time off from the game after an extremely hectic World Series of Poker but he’s already regretting that decision!

I didn’t think the FOMO would be this bad, but it’s bad.

Tune in for more Triton Million action at 8:00 a.m. ET on Friday for Day 2 coverage for free on PokerGO.