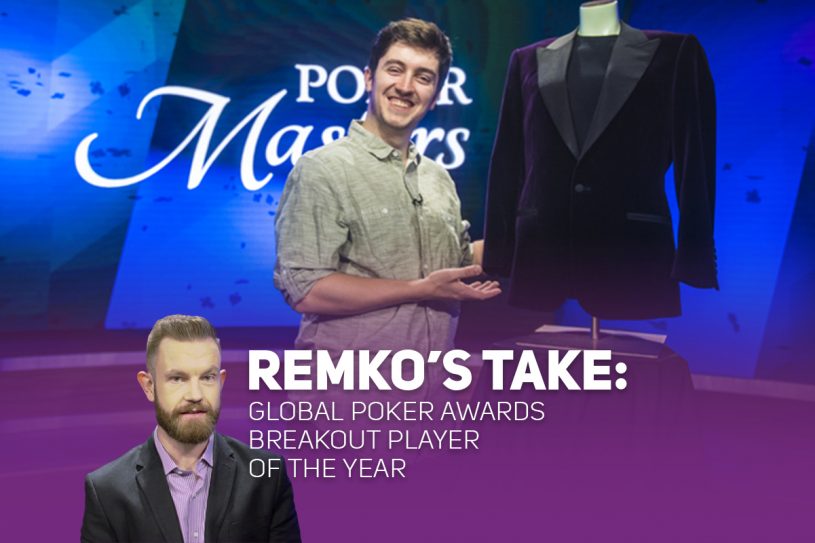 Remko Rinkema dives into the 2018 Global Poker Award for Breakout Player of the Year.

On Friday, the poker community will gather inside the PokerGO Studio for the inaugural Global Poker Awards. Between now and then, I will break down every category with a brief summary of the nominated players, moments, events, media members, and industry personnel.

Read Remko’s Take on the 2018 Tournament Performance of the Year right here.

2018 Breakout Player of the Year

Imsirovic is one of the brightest young American players that impressed poker fans all over the world last year. Prior to 2018, Ali Imsirovic had $245,572 to put him 7,350th on the all-time money list. In 2018, Imsirovic cashed for $3.2 million in live tournaments. Imsirovic won four events in 2018, the Borgata Spring Poker Open Main Event for $246,066, two Poker Masters events and the Purple Jacket and a PCA $10,000 event, and made notable final tables such as the $50,000 partypoker Super High Roller (3rd) in the Bahamas as well as Super High Roller Bowl V (7th).

Soyza, hailing from Malaysia, might’ve flown under the radar for American and European poker fans. Prior to 2018, Soyza had $915,881 in career tournament earnings and he added $2.6 million to that in 2018. Soyza took down APPT Seoul for $148,629, the Venetian Deepstack MSPT for $588,249, various smaller events and his biggest score was $592,594 for finishing third in the WSOP-E High Roller.

Maria Konnikova didn’t walk the traditional path to poker success as the writer turned poker pro picked up the game fairly recently. Konnikova initially set out to write a book about the game, receiving coaching from Erik Seidel, and that turned into a PokerStars sponsorship in the summer of 2018. Konnikova cashed for $241,454 in 2018, with her most notable result being a victory in the PCA $1,500 National Championship for $84,600.

Ping Liu recorded his first live cash in 2011 and has gathered results every year since. In total, Liu had $585,709 live tournament earnings prior to 2018 and he added $843,841 to that total last year. Liu’s two biggest scores were a fourth-place finish in the WPT Five Diamond won by Dylan Linde for $599,14 and another fourth-place finish in the WPT Rolling Thunder event for $97,510.

While all four players had breakout years, this award for me is clearly a race between Ali Imsirovic and Christophe Michael Soyza. At the end of the day, Imsirovic’s dominance and outright wins at the highest level is what makes me lean towards him. Both Soyza and Imsirovic have continued their strong 2018 into this year, with both of them already notching up massive wins.

What makes Imsirovic’s year so impressive is that it wasn’t one massive score to put him on everyone’s radar, it was consistent results at the highest stakes after beating a large field to start the year at the Borgata, exemplified by winning back-to-back Poker Masters events on his way to winning the Purple Jacket.

Listen to the Heads Up with Remko Podcast with Ali Imsirovic right here. Watch the Poker Masters here.