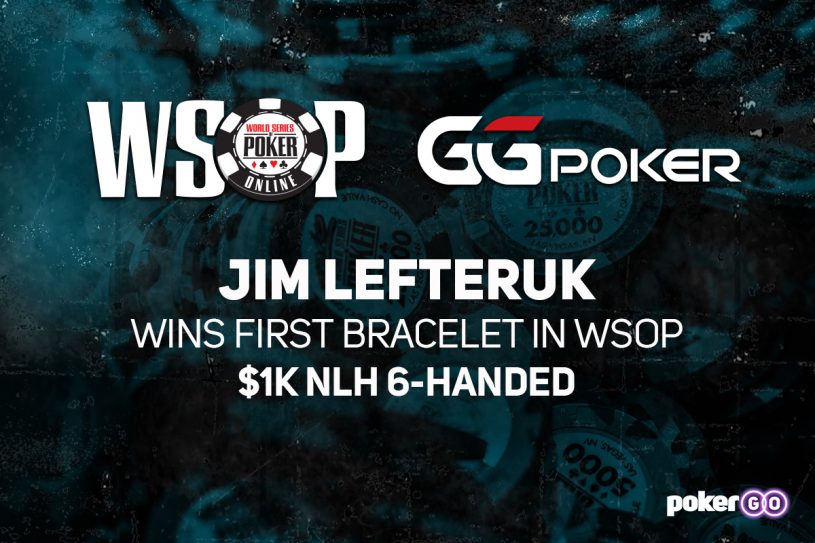 Patrick Kennedy entered the final table as chip leader, but only two big blinds separated him from his nearest two rivals of Anant Purohit and Andrii Derzhypilskyi. The chip lead was rotated between several players before the first elimination would see Purohit fall in ninth when his ace-five was outdrawn by Lefteruk’s king-jack. Kennedy would be the next to fall when his pocket jacks ran into Derzhypilskyi’s kings before Seungmook Jung was eliminated in seventh place.

Lefteruk continued to hold the chip lead ahead of Derzhypilskyi before Markku Koplimaa was eliminated in sixth when his ace-eight couldn’t outdraw Ivan Luca’s ace-queen. Derzhypilskyi then was eliminated in fifth when his king-queen couldn’t spike against Geci’s pocket tens. Luca then flopped aces-up, but Lefteruk went runner-runner quads as Luca called all-in on the river to be eliminated in fourth. Jorge Abreu was the next to fall when his jack-ten couldn’t outdraw Lefteruk’s ace-four, as Lefteruk entered heads-up play holding a massive ten-to-one chip lead over Geci. After a few hands, the final one would take place as Geci’s king-ten couldn’t outdraw the pocket jacks of Lefteruk, as the Canadian was crowned the Event #73 champion.

Thursday will host Event #74: $1,500 Pot-Limit Omaha, and following a break on Friday, there will be three events over the weekend including the conclusion of Event #70: $25,000 Poker Players Championship.