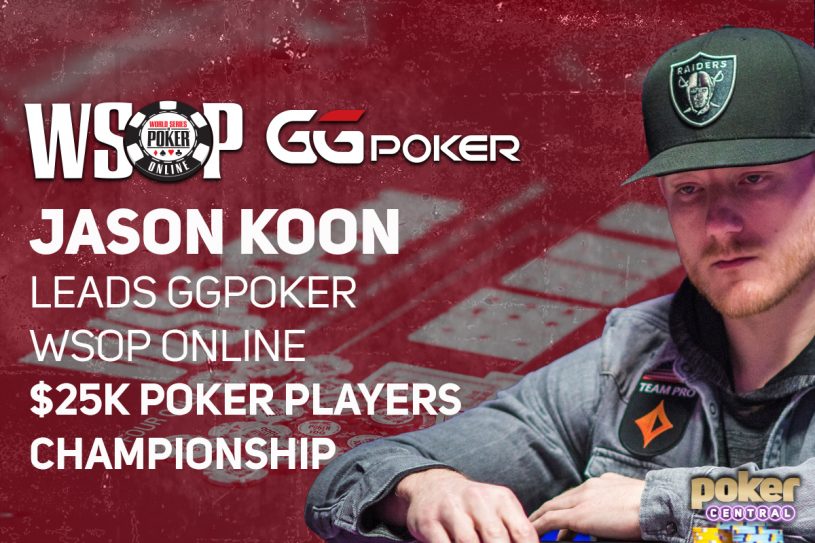 The 2020 World Series of Poker Online on GGPoker continued over the weekend with three WSOP bracelet winners being crowned, and one final table being reached. Event #70: $25,000 POKER PLAYERS CHAMPIONSHIP played down to a final table, and the remaining nine players will go on a hiatus until Saturday, August 29, where play will conclude with everyone eyeing the $1.8 million first-place prize.

With action spread across two tables as just ten players remained, Jack Salter found himself all in holding pocket eights against the ace-jack of Shankar Pillai. Pillai took the lead on the flop, and then improved to trips on the river to eliminate Salter in 10th place for a $126,773 payday.

Chasing his first WSOP bracelet is Jason Koon who enters the final table as chip leader ahead of two-time WSOP bracelet winner Pillai. WSOP Main Event final tablist Aram Zobian sits fourth overall, while Chris Hunichen sits fifth and will also be looking to collect his first WSOP bracelet. The final nine players are all guaranteed $154,416 in prize money, while awaiting the eventual champion is the $1,800,290 first-place prize, an added WSOP Europe package, and the coveted WSOP bracelet.

The resumption of the $25,000 POKER PLAYERS CHAMPIONSHIP final table will resume on Saturday, August 29, at 2 p.m. ET, with a live stream on PokerGO starting at 2:30 p.m. ET with cards up and commentary.