You are here
Home > Home > 5 Reasons to Watch Poker Masters 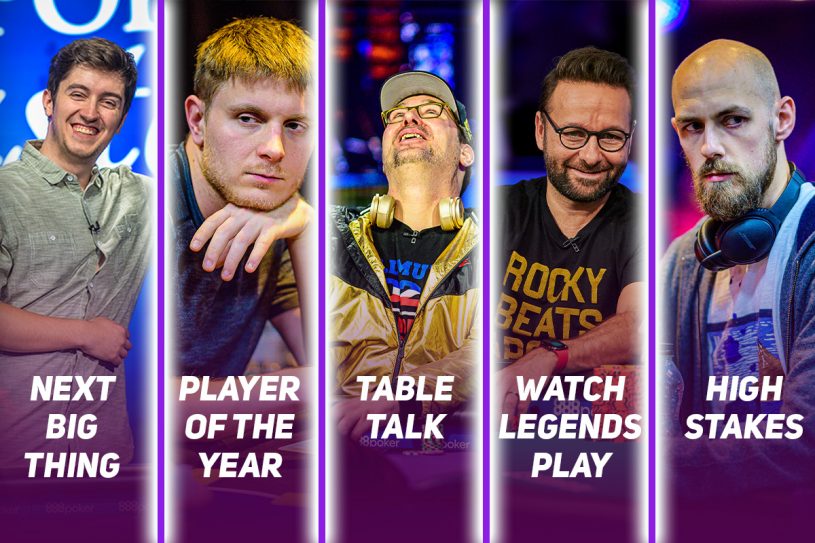 Here are five reasons why you should watch the Poker Masters!

The Poker Masters returns in just a few day’s time, as the 10-tournament festival takes place in the PokerGO studio between 4th-14th November 2019.

With the best players in the world taking to the felt in order to fight for the $100,000 cash prize and Purple Jacket awarded to the overall winner, there are quite literally millions of reasons why every elite player will want to play the series.

As fans, why should you watch Poker Masters live streaming? Sit back, subscribe to PokerGO and let us fill you in on one of the premium poker tournaments to take place anywhere in the world this year.

Relive the best hands from the Poker Masters right here.

It’s without questions that the best players in the world play the Poker Masters, but you’ll also see some of your PokerGO favorites, with genuine lifelong poker legends on view. From Stephen Chidwick to Daniel Negreanu, Phil Hellmuth to Sam Soverel, you can expect big names not just at every table, but in every seat. You won’t miss a thing if you subscribe now to get 24/7 access to the best poker content.

The Next Big Thing

Ali Imsirovic signaled his success to the poker world when he triumphed and became the Poker Master a year ago with the love and support of his friends and family. Winning a major poker title has launched many players onto the world stage – think of Phil Hellmuth winning the WSOP Main Event at the age of just 24 – and taking the Purple Jacket would launch anyone into the headlines. You might just see poker’s ‘next big thing’ run deep and shoot for the win in November.

Everyone loves watching poker, but there’s something special about watching two players sweat when there’s a six-figure buy-in on the turn of a card, isn’t there? With massive winnings on the line in every event of the 2019 Poker Masters, there are going to be some huge twists along the way and millions being won by the decisions the high rollers will make. Under the closest scrutiny, who’ll buckle on the bubble?

The best chat goes down when the people are most interesting, and in poker, some of the biggest characters play for the biggest money… and the Purple Jacket. From bad beats via Phil Hellmuth to trash talk via… actually, quite a few players, you won’t want to miss a second of the discussion. In 2018, the atmosphere was electric in every event.

High Roller of the Year Points

The Poker Masters festival forms part of the High Roller Triple Crown, of course, along with the U.S. Poker Open and Super High Roller Bowl, both of which you can catch up on via PokerGO. The 10 events in the Poker Masters schedule will test all the players, but if they can rack up the points, then they could win The High Roller of the Year, with point multipliers taking effect during the series.

GPI Player of the Year Race

Vital points in the High Roller of the Year race aren’t the only things up for grabs, with the GPI (Global Poker Index) bragging rights bound to be affected in a big way by what the players do at the Poker Masters. While Stephen Chidwick currently has the GPI lead, many others such as Alex Foxen, Rainer Kempe, Bryn Kenney, Manig Loeser, and Timothy Adams among others in the current Top 10 will be desperate to accumulate the points needed for an end-of-year push.