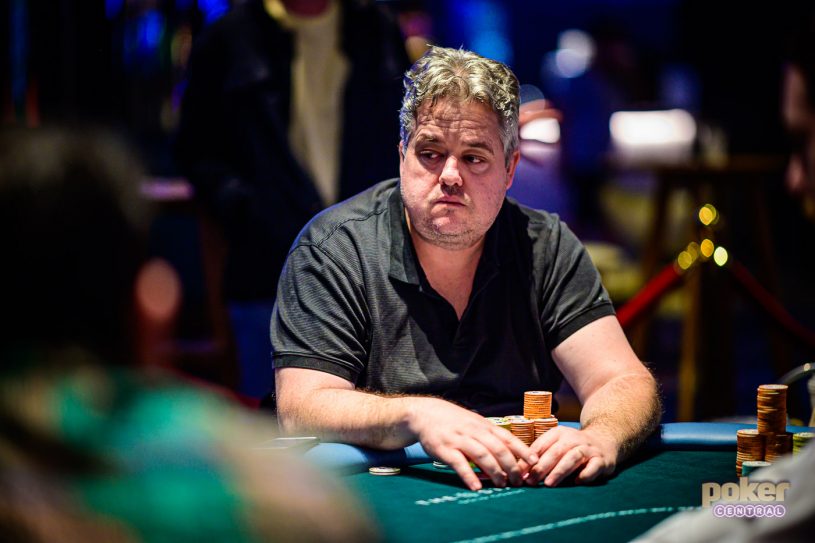 A turnout of 59-entrants created a AU$590,000 prize pool as a mix of local players, and international high roller regulars looked to battle it out to claim the first Australian Poker Open title. With action flowing at a fast rate from the start of play, the money bubble would be reached in Level 16 when Sosia Jiang was eliminated by O’Grady when he won the flip to leave the final nine players in the money. Luc Greenwood (9th), Ben Lamb (8th), and Elio Fox (7th) all finished in the money, but all fell short of the inaugural Australian Poker Open final table.

The final six players are all guaranteed AU$35,400 in prize money, but all eyes are set on the first-place prize of AU$177,000 and the title of Event #1 champion. The player best positioned to make a run at the title is chip leader Michael O’Grady who is fresh off winning the AU$1,150 Accumulator at the Aussie Millions for AU$188,860. With this cash in Event #1, O’Grady will move over $1 million in lifetime tournament earnings and into 41st place on the Australia All-Time Money List.

Turkish high roller regular Orpen Kisacikoglu finished with 1,100,000 in chips and sits in third place overall. At last year’s Poker Masters, he collected a third-place finish in Event #8, and recently at the Aussie Millions he finished in third-place in the AU$50,000 Challenge for AU$477,240.

Sitting fourth overall is Jamie Lee with 675,000 in chips. Lee has a small poker resume compared to some of his other final table combatants. Lee has just over $71,000 in lifetime tournament earnings from seven career cashes stretching back the past 13 months. With his appearance at the final table, he has registered his biggest career score.

Hungary’s Andras Nemeth sits fifth overall with 615,000. At the recent Poker Masters, Nemeth collected two final table cashes, and heading into the Australian Poker Open, his lifetime tournament earnings sit at over $3.1 million. Rounding out the final table is Benjamin Shannon with 400,000 in chips. Although he doesn’t regard himself as a professional, he is a local businessman that owns a multitude of liquor stores.