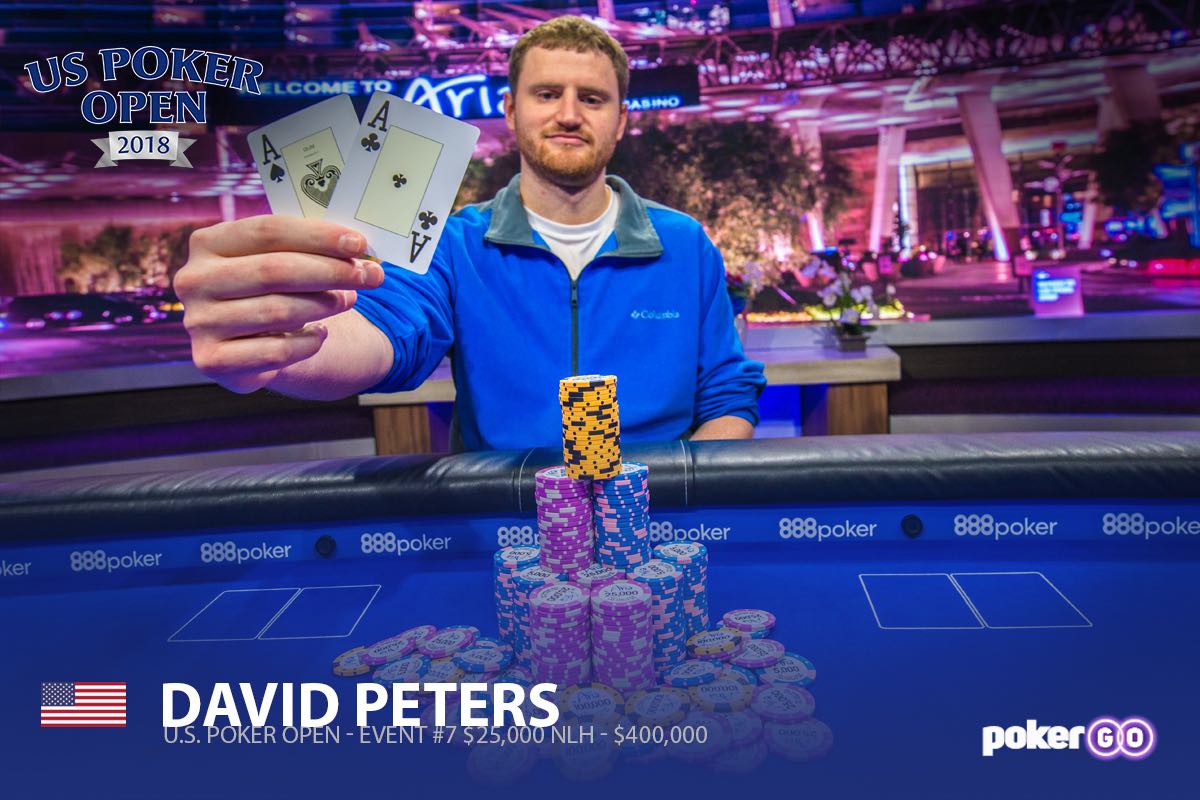 The last of the U.S. Poker Open preliminary events is in the books. David Peters heads into the $50,000 Main Event in top form after beating overall leader Stephen Chidwick to win the Event #7 $25,000 No Limit Hold’em High Roller. Peters adds to his USPO total and is in third place behind Event #6 winner Benjamin Pollak and Chidwick going into the Main Event.

Chidwick started the PokerGO live stream final table as the chip leader and found himself in pole position to earn his third title of the series. Maria Ho filled in viewers on Chidwick’s USPO performance during the broadcast.

They came in short and were the first to fall. @RealKidPoker takes 6th, @bttech86 takes 5th.
We'll see them in the #USPO $50K Main Event, but four are still left in the $25K High Roller: https://t.co/kTTbVhWw7D pic.twitter.com/QKlHHvCpHO

Keith Tilston put on another strong performance to follow-up his Event #3 second-place result and took fourth. Peters felted Tilston and had control of the table. Tilston improves to fourth-place in the USPO standings.

The lead of Peters was short-lived during three-handed play as he tangled with Chidwick in an all-in pot.

He briefly had the chip lead after busting Keith Tilston, but then @dpeterspoker17 ran into Stephen Chidwick.
Watch the #USPO $25K final table LIVE: https://t.co/3WTRFyCvGO pic.twitter.com/yop1ECUoOS

ARIA High Roller regular Sean Winter departed in third place and opened his USPO account in the process. Winter’s exit set up Chidwick to all but lock up the USPO crown with a win. Peters had other ideas, though, and bested his British counterpart in a competitive heads up clash.

Pocket aces locked up the title for Peters, who laid the trap and Chidwick stepped right into it.

A "masterful" play with aces and @dpeterspoker17 is the Event #7 #USPO $25K champion!
Relive all the action from the first seven events, before Day 2 $50K Main Event coverage begins Saturday at 8:00 PM ET! https://t.co/kTTbVhWw7D pic.twitter.com/N49DeGvt3l

Chidwick and Peters now move on to the $50,000 Main Event. Day 2 coverage starts tomorrow at 8:00 pm ET on PokerGO and plays down to Sunday’s six-handed final table. The final day of the U.S. Poker Open airs at 4:00 pm ET as we find out who the first ever U.S. Poker Champion will be.

The leaderboard belongs to Chidwick and the size of the USPO Main Event field serves as the barometer for who has any chance of catching him.

Still the same leader, but the $25K High Roller winner has moved into contention. @dpeterspoker17 and @pollakB are close, @RealKidPoker rounds out the top-five.
$50K Main Event closes the #USPO. https://t.co/kTTbVhWw7D pic.twitter.com/HFPanO5APh

For all up to the minute USPO highlights, news, and photos follow PokerGO and Poker Central on Twitter. Subscribe to PokerGO to watch live as the USPO hits the homestretch toward an exciting finale.