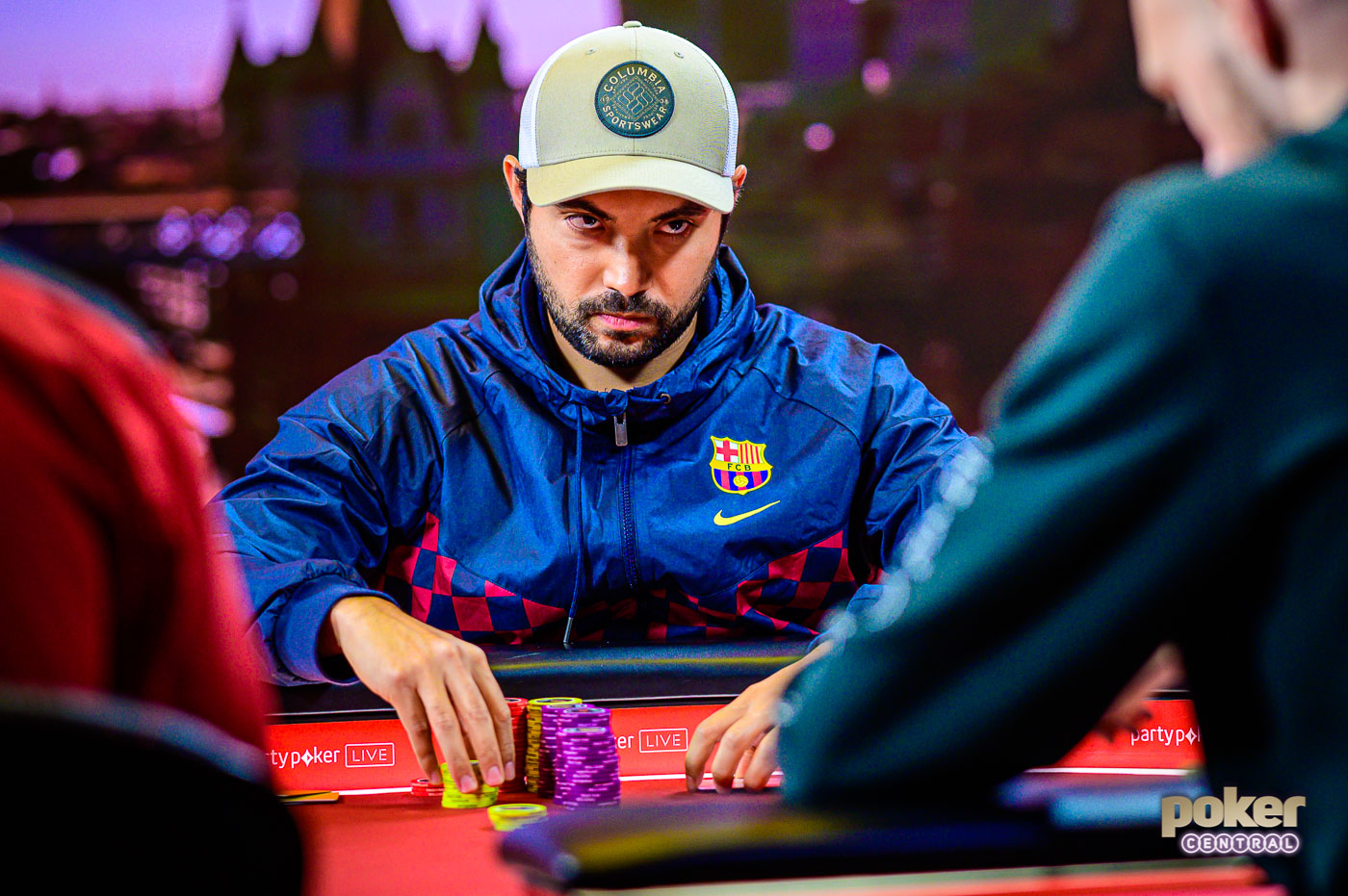 and Stephen Chidwick three-bet to

, four-bet all-in for 283,000, and when Vogelsang got out of the way, Chidwick snap-called with the rockets.

Chidwick made it 9,000 in the next hand with

and Vogelsang woke up with

, three-betting to 48,000. Chidwick dodged those bullets like he was in The Matrix.

Timothy Adams then moved all-in with

saw both Vogelsang and Chidwick both check, Adams picking up the spade draw without knowing it.

saw Vogelsang and Chidwick both check, and it was the German who raked in the chips as Timothy Adams busted, walking away from the table in 9th place.