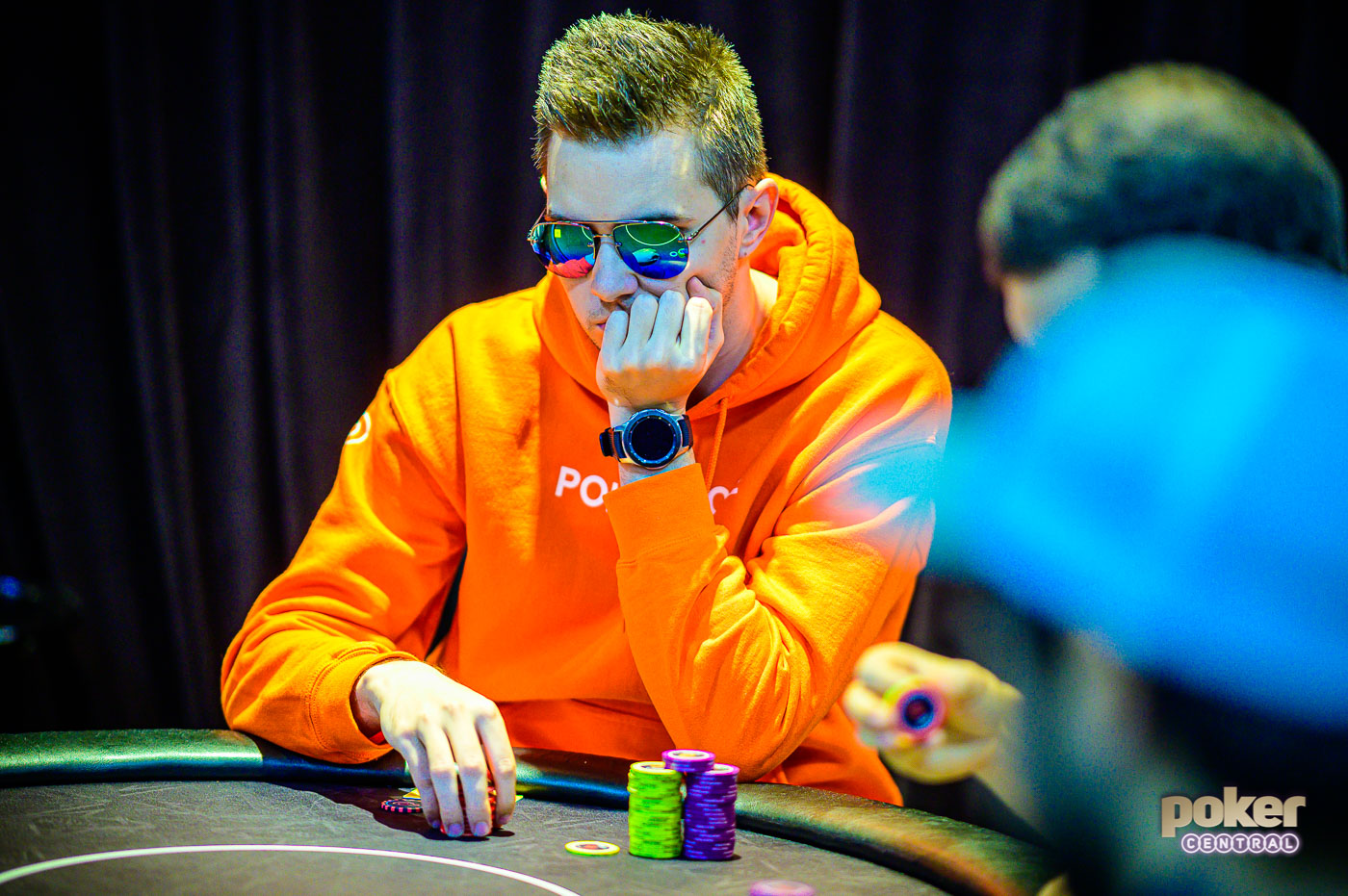 Firstly, on a board of

. Vogelsang had the decision and called wit the

, paying off the Brit.

Secondly, another river bet from Chidwick, this time to 42,000 on a board of

where the slow-played king from Chidwick teased Cary Katz

go into the tank, even using a time extension before making the call.

In the third hand, Eibinger moved all-in pre-flop with

saw Eibinger’s outs reduced to just four, but the

turn didn’t help him. The river of