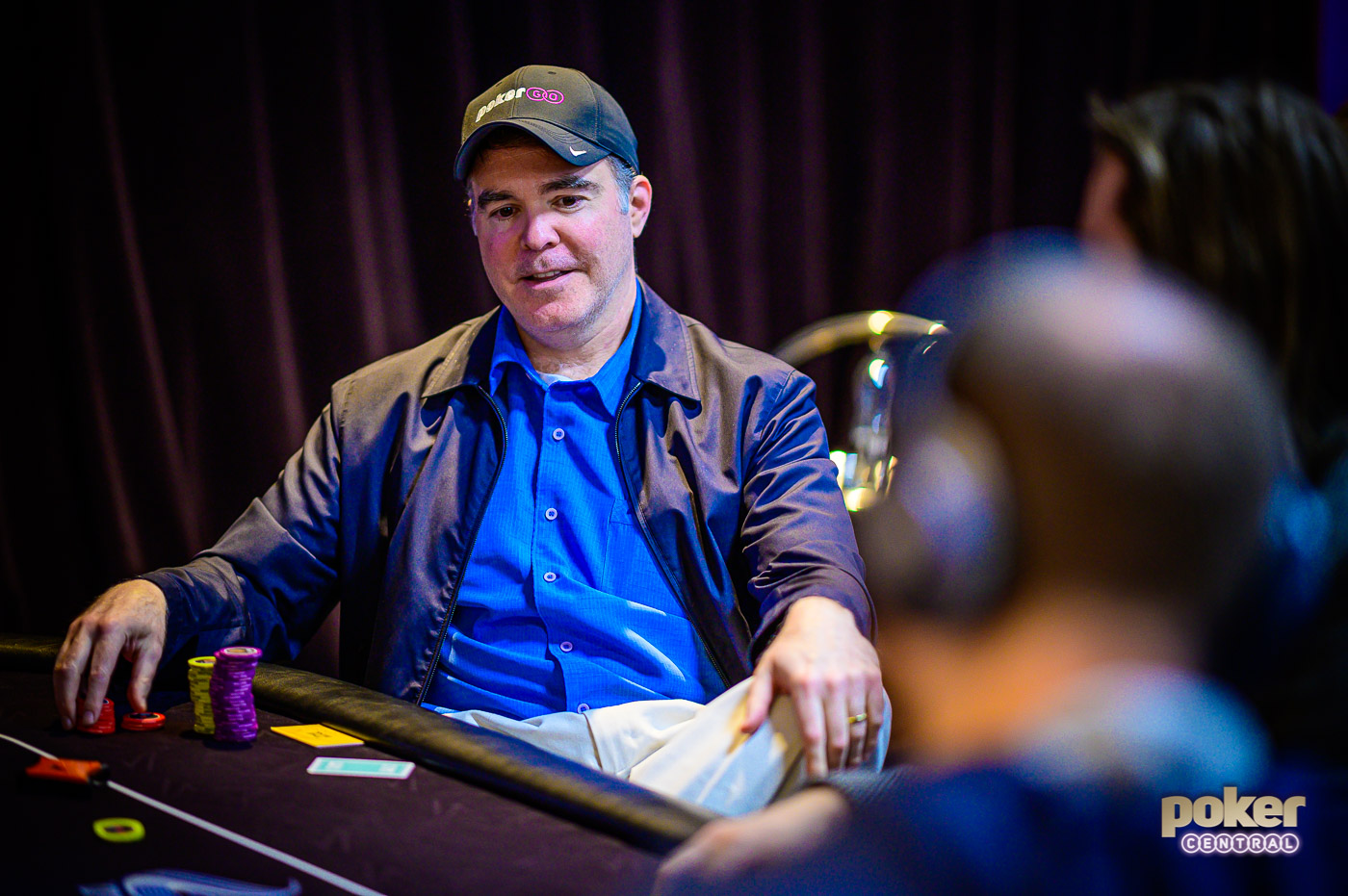 Matthias Eibinger had just 25,000 in front of his from the big blind, and he called the additional amount, while Bryn Kenney on the button released and forfeited his 25,000-chip call.

and Katz announced he was all in.

Eibinger immediately went into the tank, and after using two time extension chips, he asked for a count on Katz’s stack.

The dealer broke it down to be 144,000, and following that, Eibinger used two more time extension chips before electing to fold.