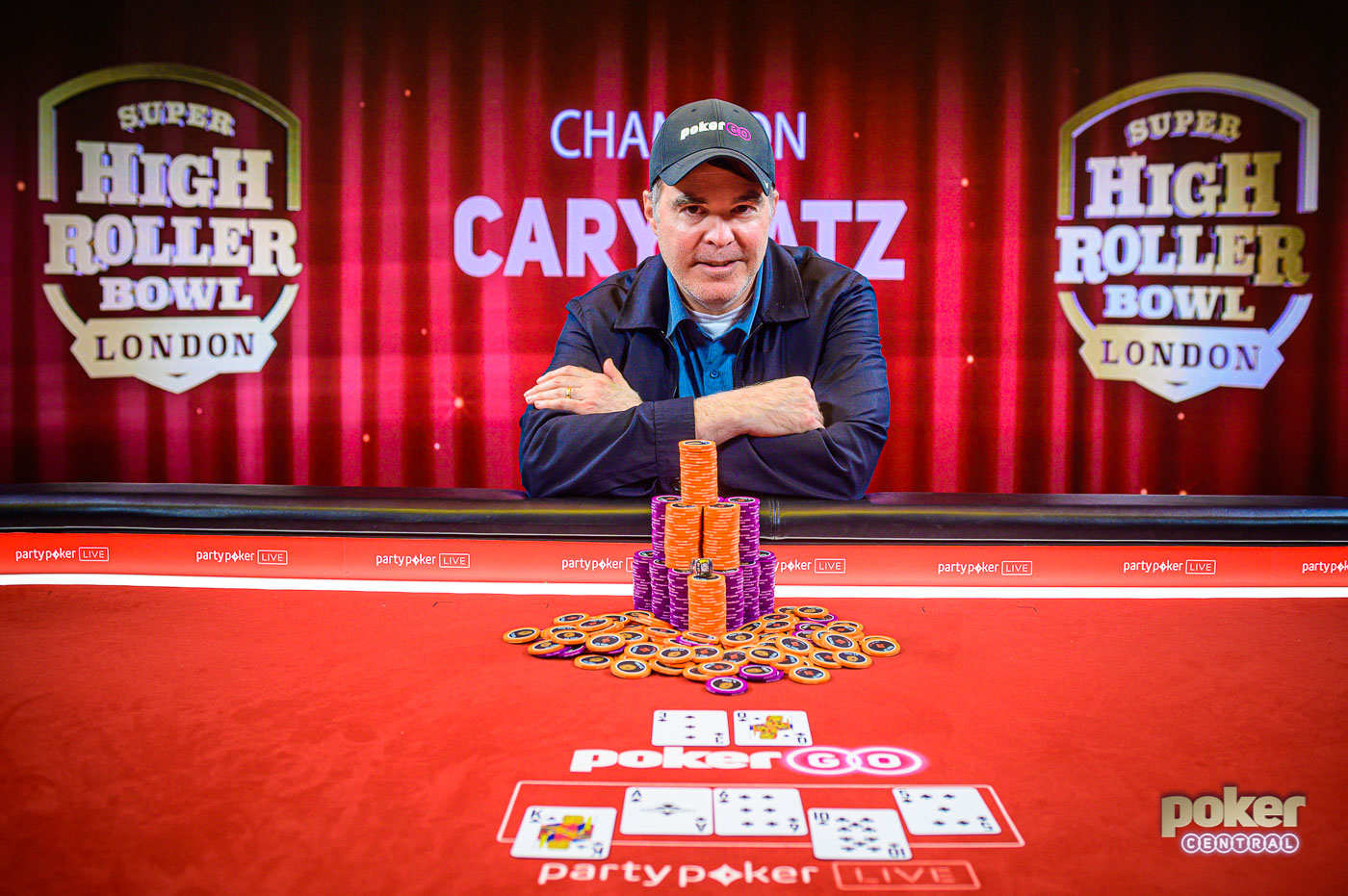 A full recap of this incredible final day will follow here very shortly. 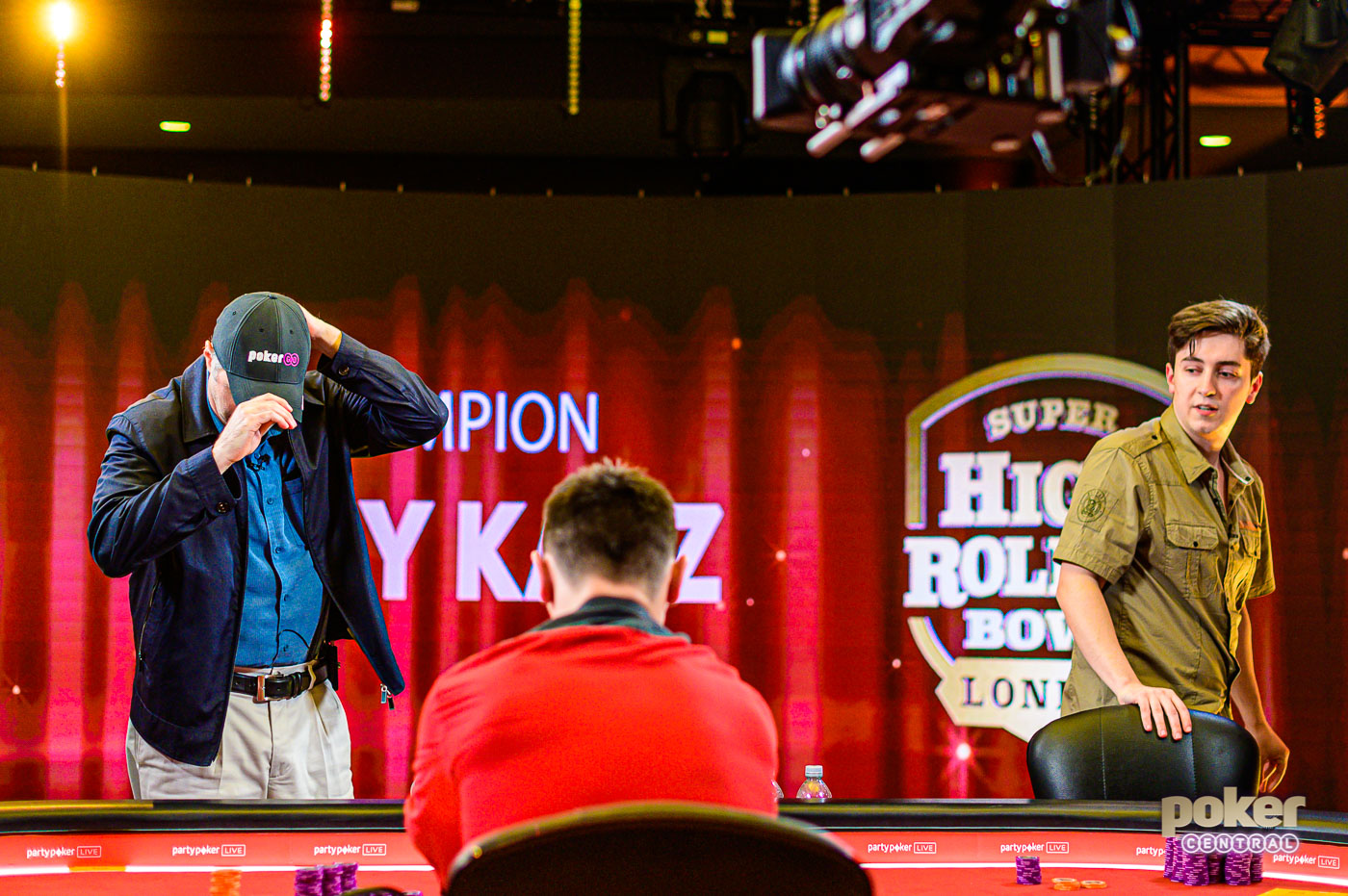 saw Imsirovic turn a set of tens and he bet out 250,000. Katz, with the flush and gutshot straight draw, made the call.

saw Imsirovic bet all-in and Katz called, to take down the final pot….which after a count….pronounced Cary Katz as the Super High Roller Bowl London Champion! 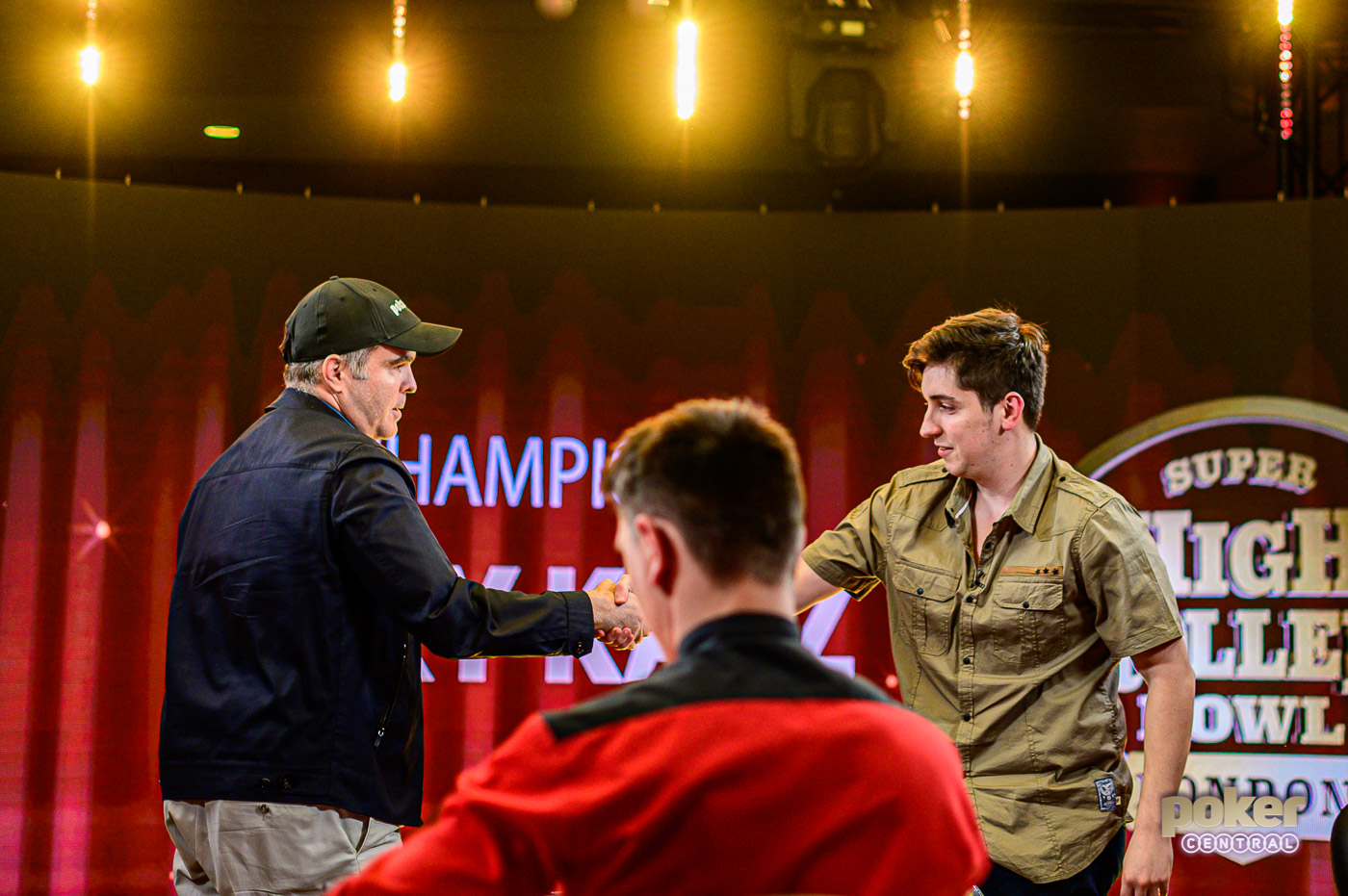 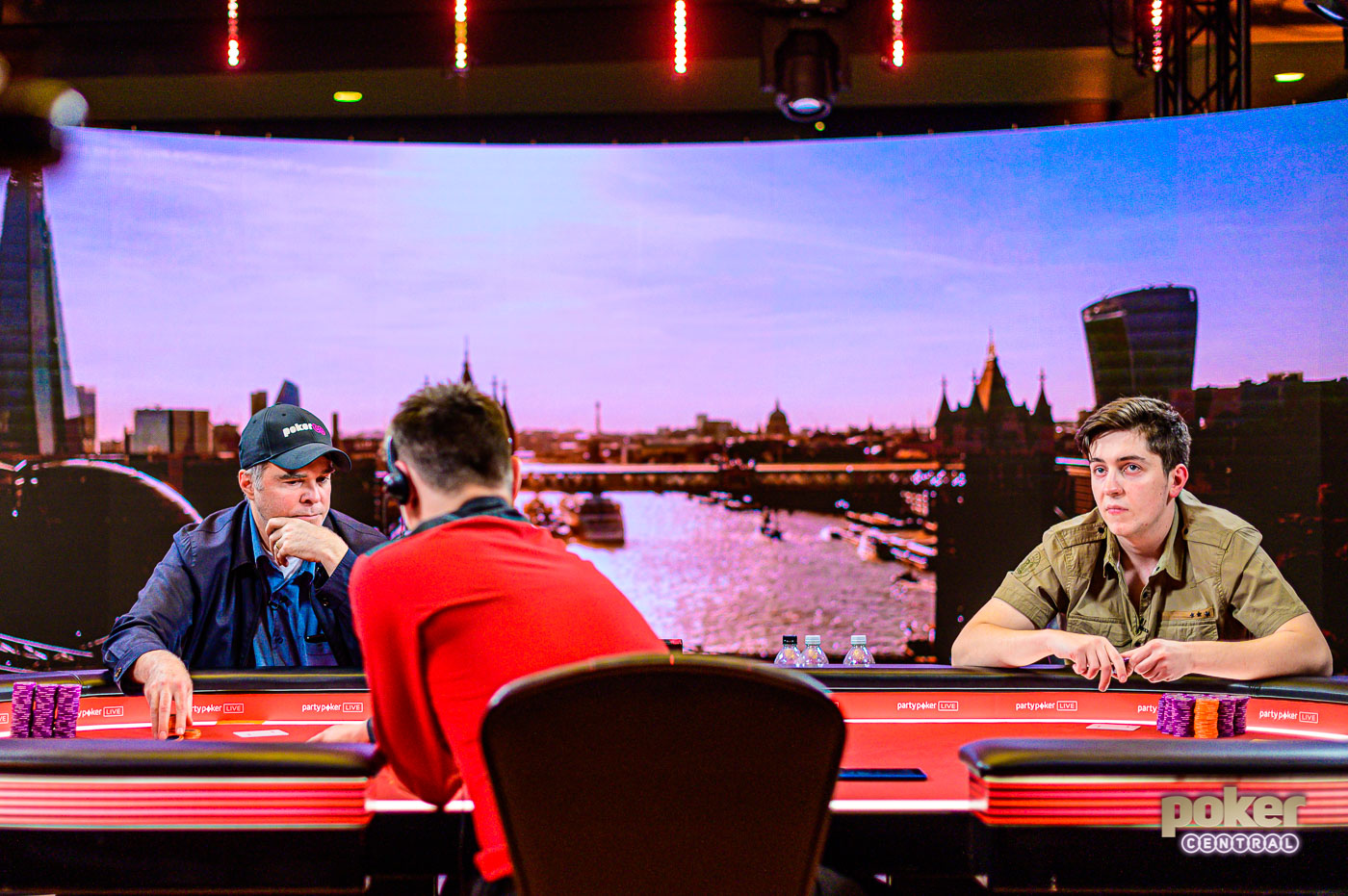 Ali Imsirovic limped the button and Cary Katz made it 155,00 to play. Imsirovic made the call.

saw Katz bet 300,000. Over to Imsirovic, who called. A huge pot now building, the turn was the

Imsirovic looked sick to throw it away, but much he did, and Cary Katz has the chip lead back once again.

What a to and fro heads-up, a fitting end to this truly epic day.

where Ali Imsirovic had

All square after around an hour of heads-up play, Cary Katz moved all-in for 1.5m with pocket deuces in the next hand and Imsirovic folded ace-nine.

Imsirovic Straightens Up to Sprint for the Line 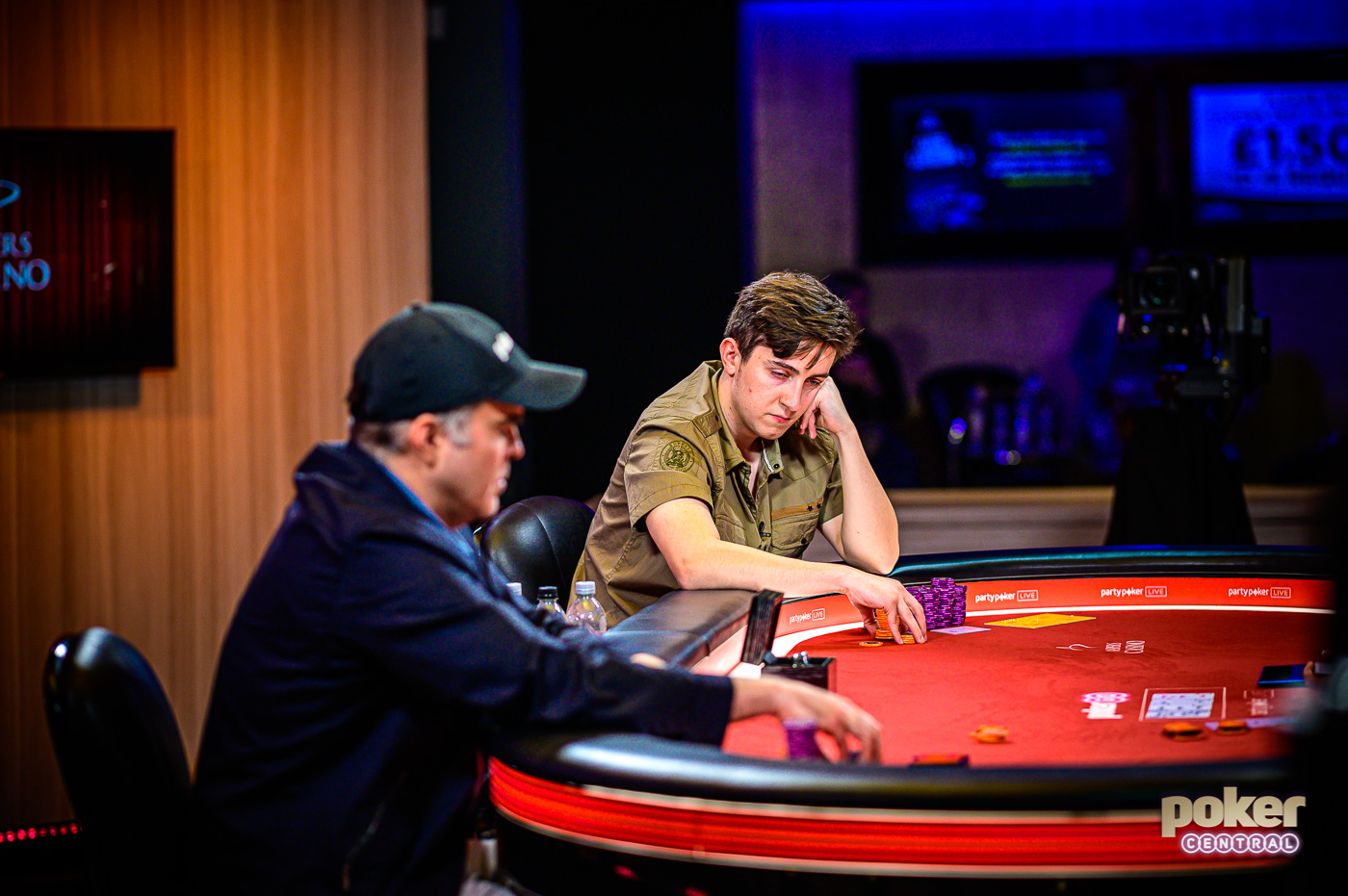 But the Bosnian had

to river a straight just as Katz had two pair, and that was half of Katz’ stack going into that pot.

Imsirovic, who was behind for some time in this heads-up battle, has the lead now, and is putting on the afterburners.

Imsirovic into the Lead

Katz called Imsirovic’ bet of 100,000 on the button, and the Bosnian was all over the flop, having made bottom and top pair with ace-eight on

Add in another raised pot to the younger man and we have a new leader.

A raised pot saw Katz with the

and Ali Imsirovic with the

. The two players got a flop of

and a c-bet of an unidentified amount was made by Katz and called by Imsirovic.

Katz Bluffs All-In on the Turn 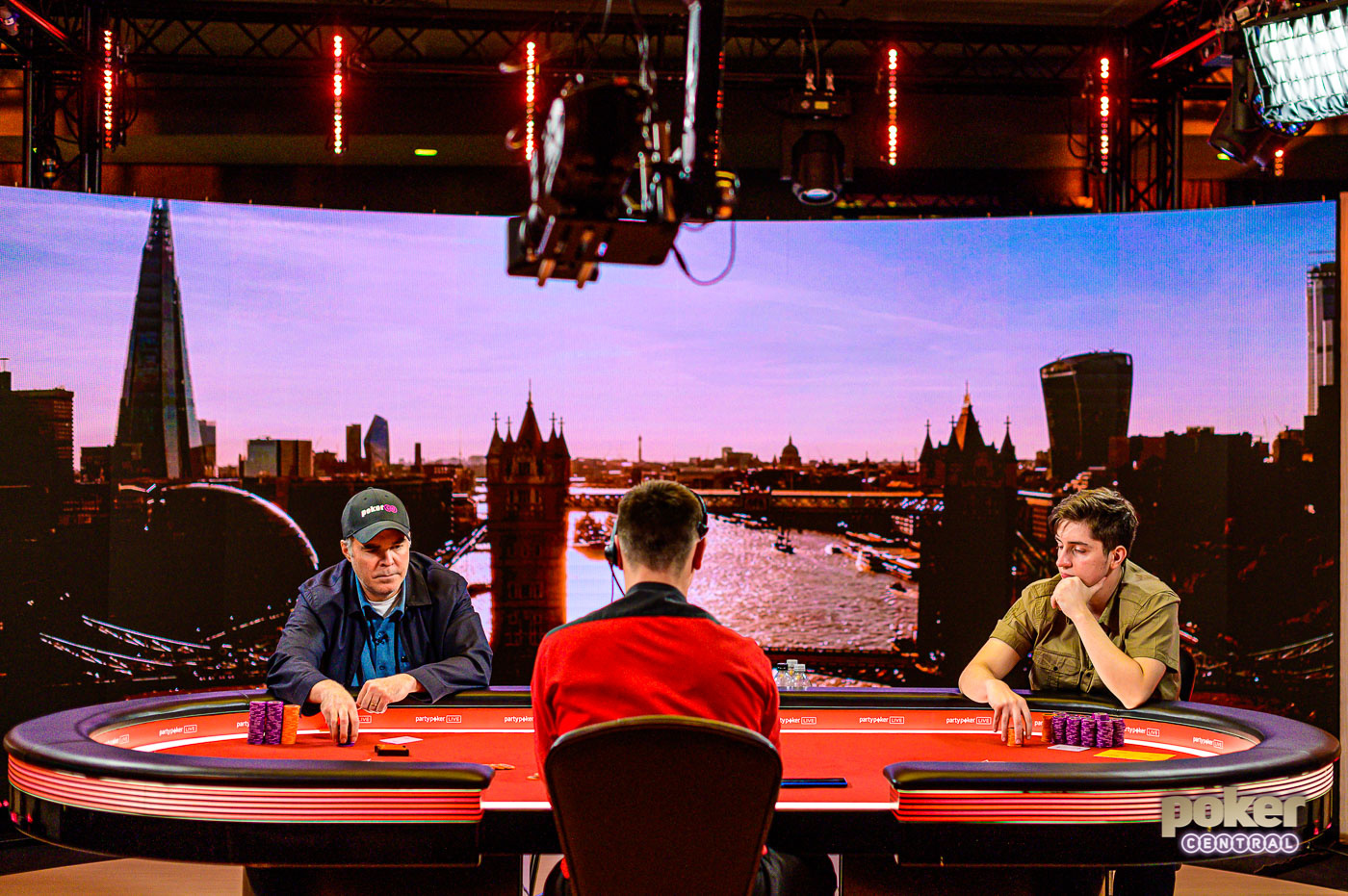 and Imsirovic called with

Imsirovic had a huge decision to make. No flush draw, an underpair to the nine or jack onboard… Imsirovic tossed in the time bank card to give himself another minute’s thought.

“I figure if you have the flush draw, you raise it on the flop.” said Katz.

Imsirovic said nothing… but he laid it down.