Two of the biggest stacks left in Event #3 just played one of the biggest pots of the tournament on Table 2. Action was picked up after Andras Nemeth three-bet from the blinds. Eelis Parssinen called, then Nemeth check-called a bet on the flop before checking again on the turn. 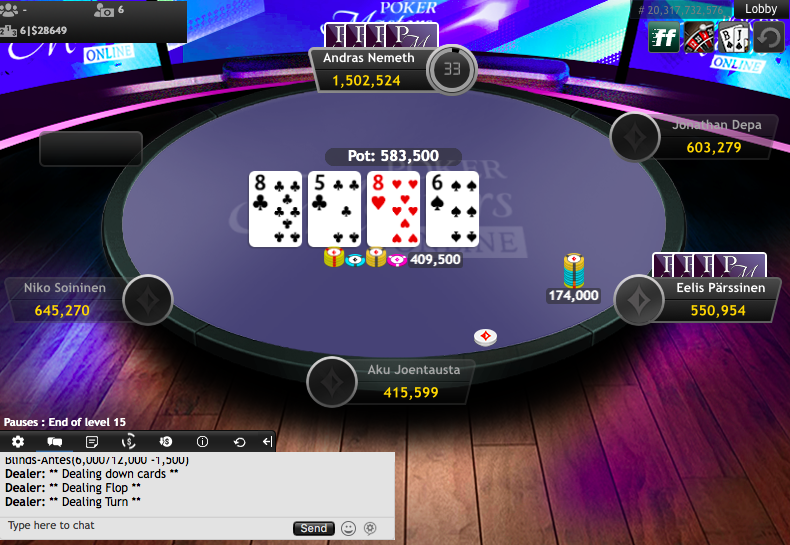 Parssinen bet again on the turn – just under half-pot – and Nemeth called to see the river. 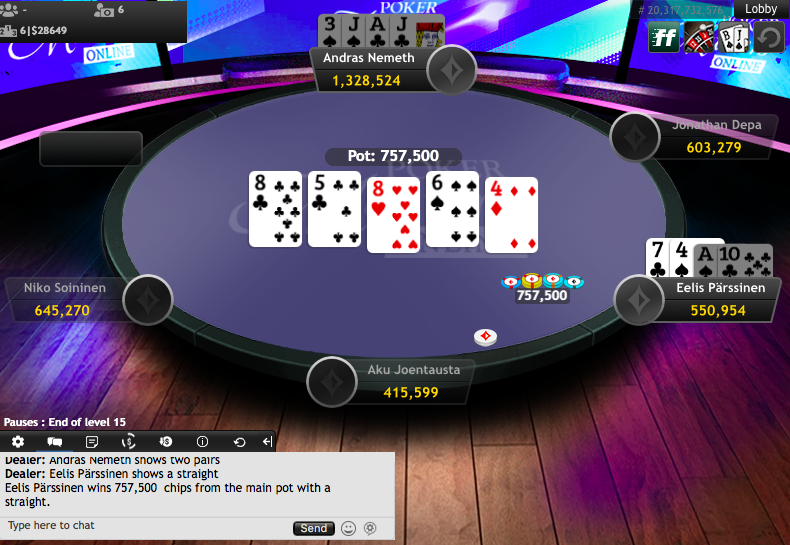 Both players checked the end and Parssinen took the pot to join Nemeth over the 1,000,000 chip mark.

Bujtas Laszlo – the shortest stack left in Event #3 – just doubled through Eelis Parssinen. Laszlo called out of the small blind after Parssinen opened pre, then Laszlo shoved the flop for just under a pot-sized bet. Parssinen called and was ahead until the river. 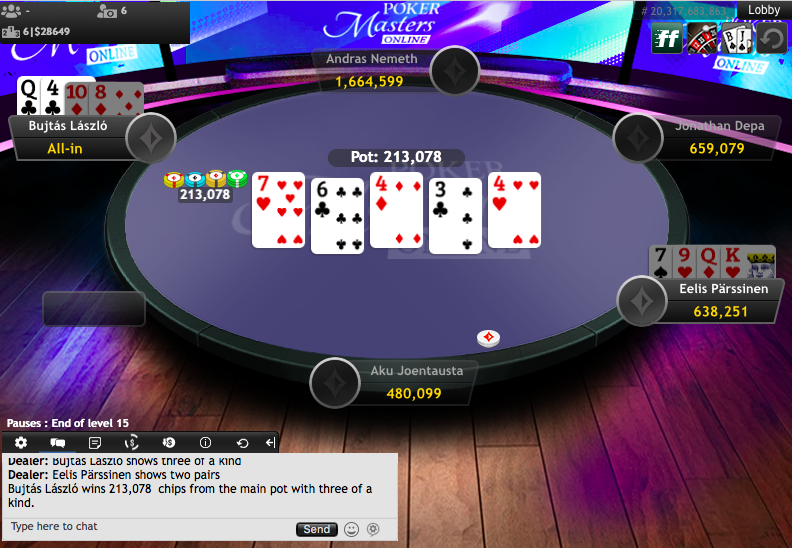 A few hands later, that set back became a comeback for Parssinen. He and Laszlo got all-in again, with Parssinen holding aces. 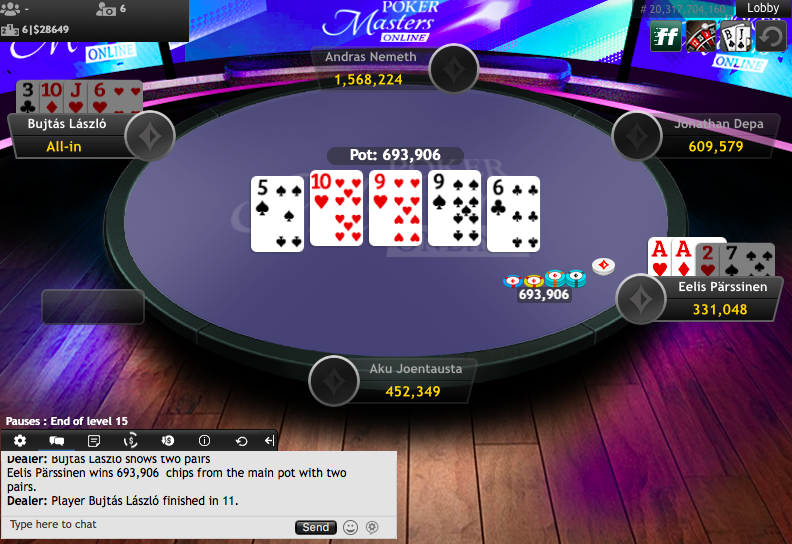 Laszlo couldn’t get lucky again and he was eliminated in 11th place.

Ukraine’s Andriy Lyubovetskiy just doubled through Finish Pot Limit Omaha specialist Jens Kyllonen – which was one of the first major confrontations since the two table redraw.

Action was picked up on the flop, with Lyubovetskiy betting the pot and Kyllonen moving all-in. 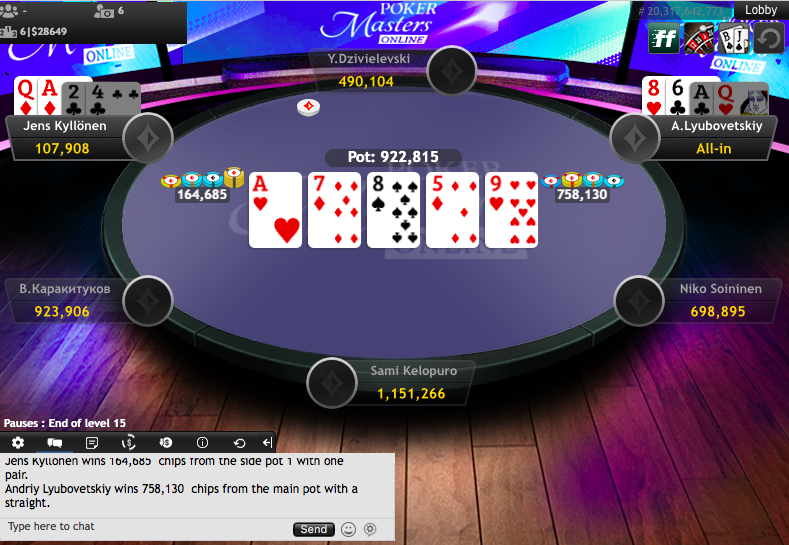 Lyubovetskiy flopped two pair and improved to a straight on the river, while Kyllonen picked up a flush draw on the turn. The Fin couldn’t hit and he’s now one of the shortest stacks remaining.

A few moments after Lyubovetskiy doubled, Andreas Torbergsen was eliminated in 12th place.

The seating assignments and chip counts from the final two tables are provided below:

partypoker Team Pro Sam Trickett was just sent to the rail by Brazil’s Yuri Dzivielevski. Action was picked up pre flop, after Trickett three-bet to 63,000. Dzivielevski called to see the flop… 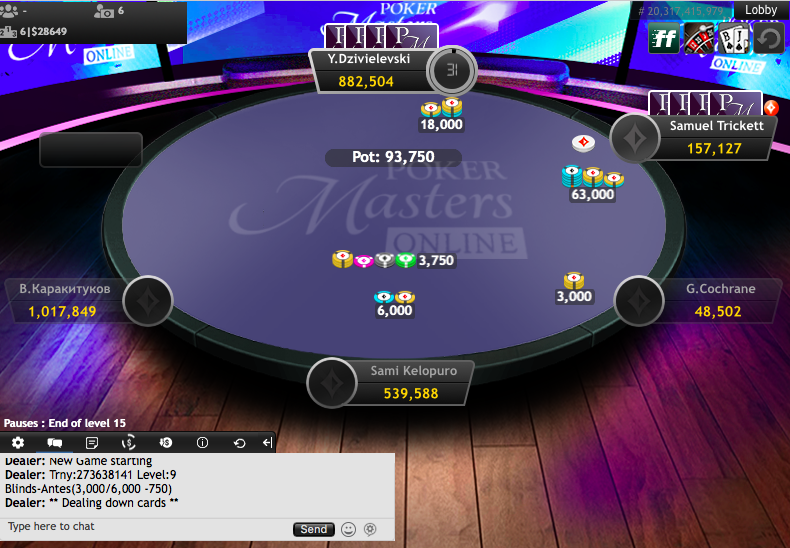 …before he led for a pot-sized bet. Trickett raised all-in – for a few more blinds – and Dzivielevski called. 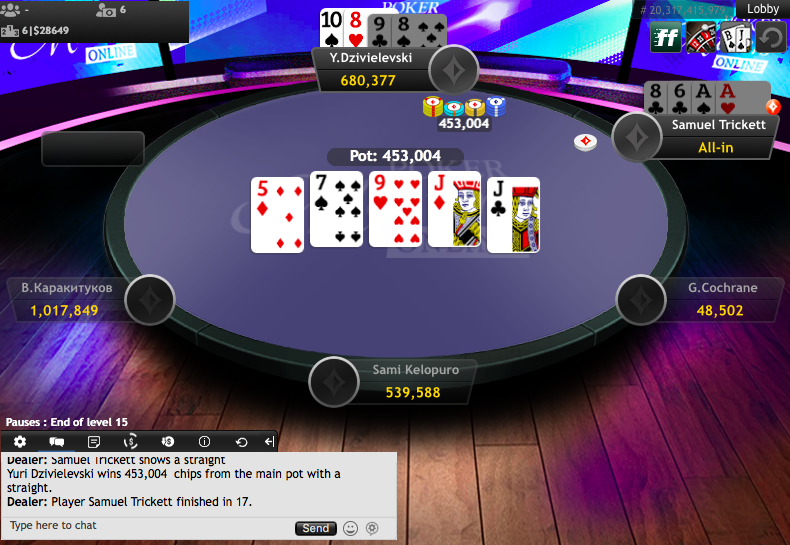 After starting with pocket aces, Trickett flopped a straight – but Dzivielevski turned the partypoker Team Pro dead. On either side of Trickett’s elimination, a few other short stacks also hit the rail. 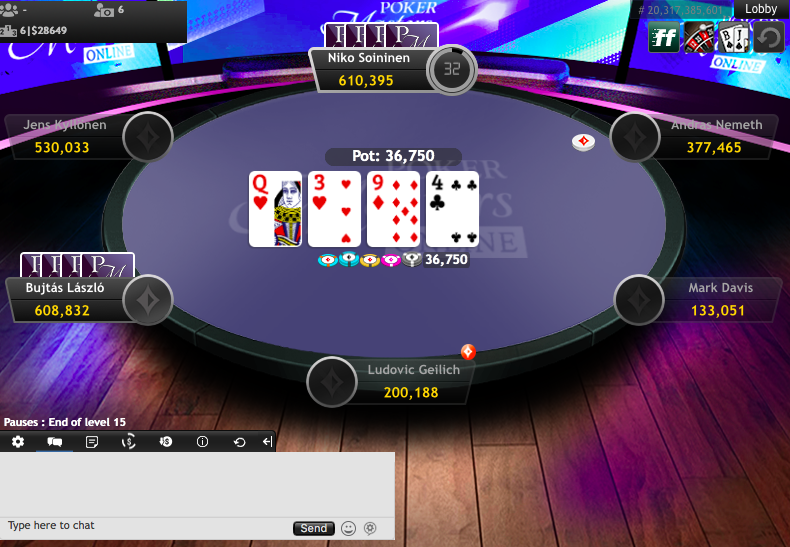 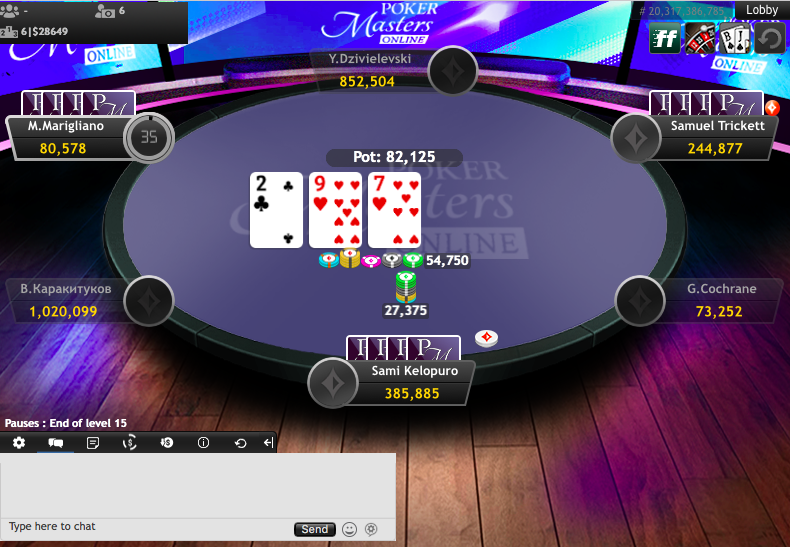 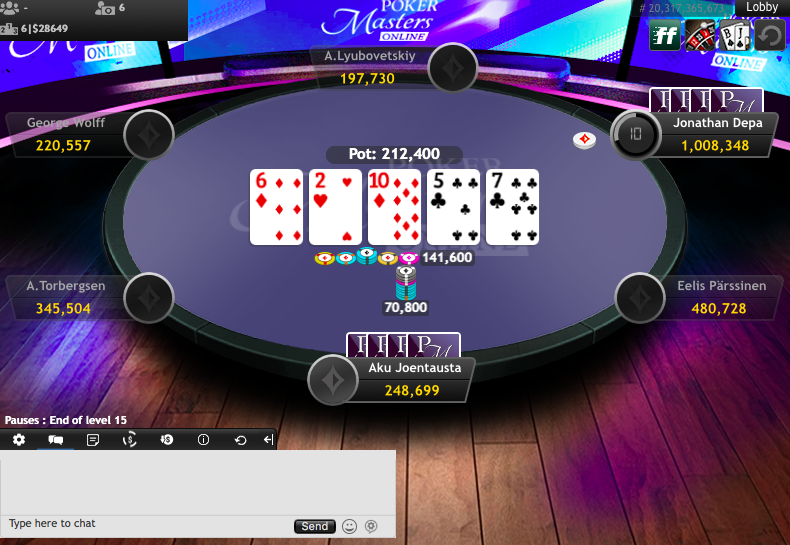 The field is down to the final 18 players and the final three tables. Only 6 players will record a Poker Masters Online: Pot Limit Omaha cash in Event #3. Poker Central will follow the action until the end of Day 1 – after Level 15.

A complete list of the new seating assignments and chip counts will be posted shortly.