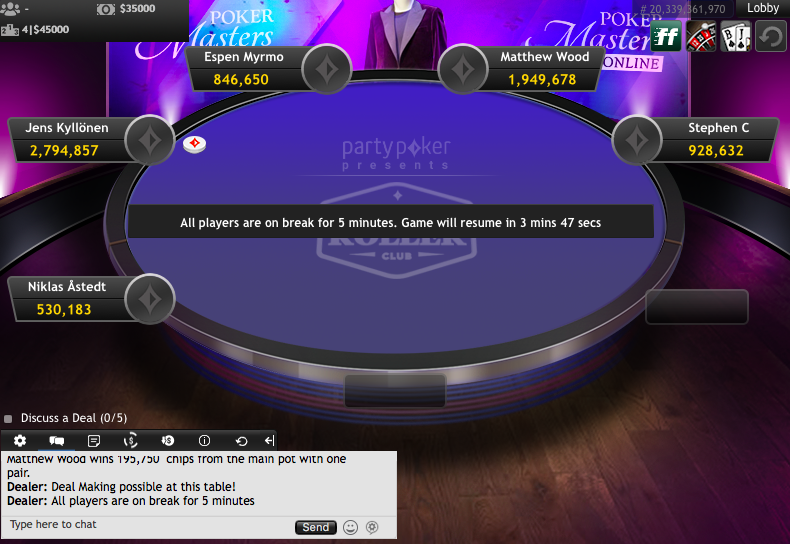 Jens Kyllonen has been in Poker Masters Online: PLO Championship contention since winning his first event earlier this week. Tomorrow, Kyllonen has a chance to add to his point total and potentially take the overall lead.

The Finish pro holds the Event #13 final table lead, ahead of Stephen Chidwick (pictured below) and Matthew Wood. Chidwick was one of the final players to jump into today’s event and he’ll return just under 1,000,000.

Espen Myrmo and Niklas Astedt round out the final five – also with sub-1,000,000 chip stacks.

Gavin Cochrane has led a few Poker Masters Online: PLO final tables through the first half of the series, but he entered Event #13’s final frame with the shortest stack. 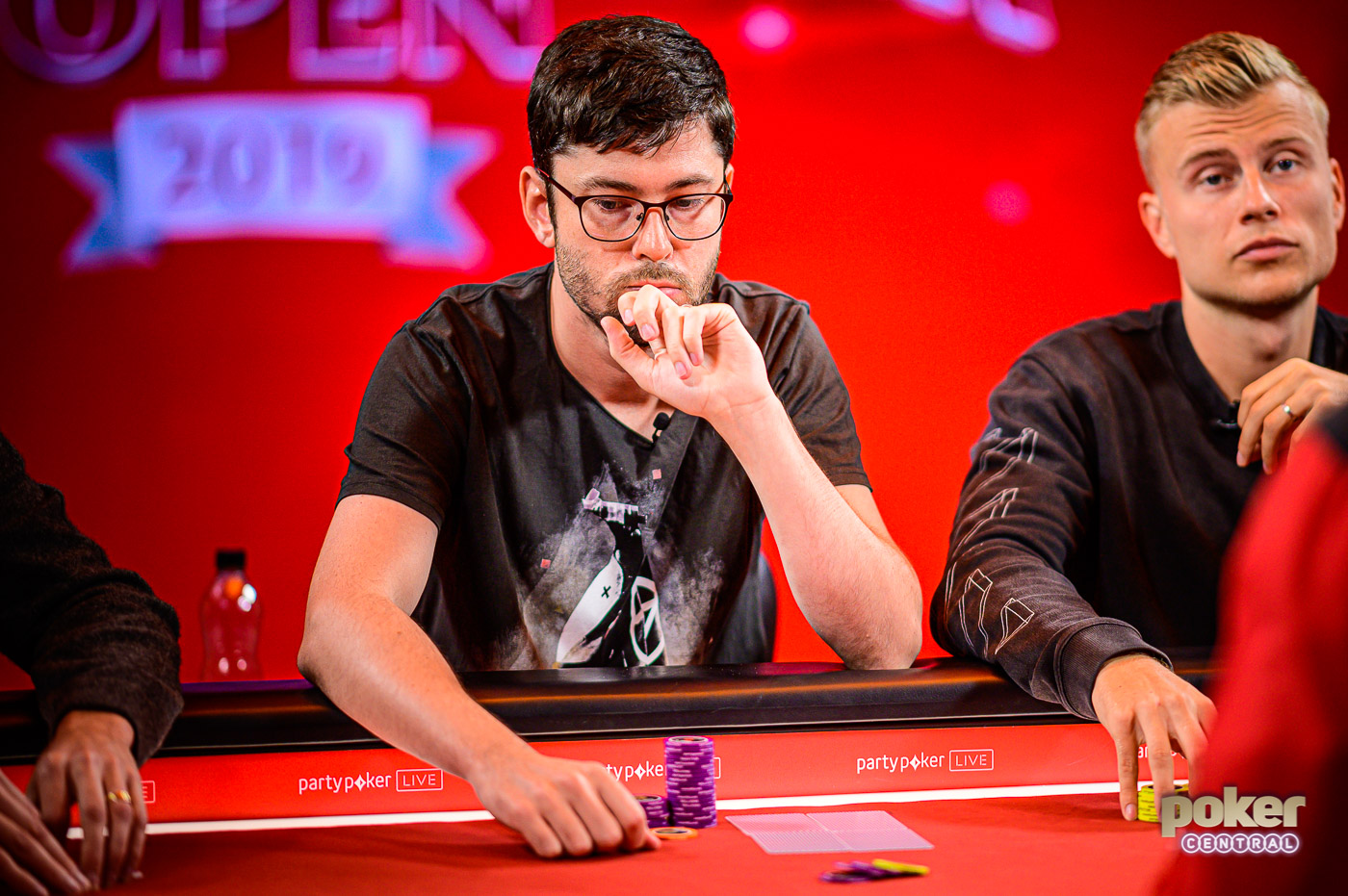 The British Pot Limit Omaha specialist wasn’t able to spin his stack and Cochrane was eliminated on the bubble in 7th place. 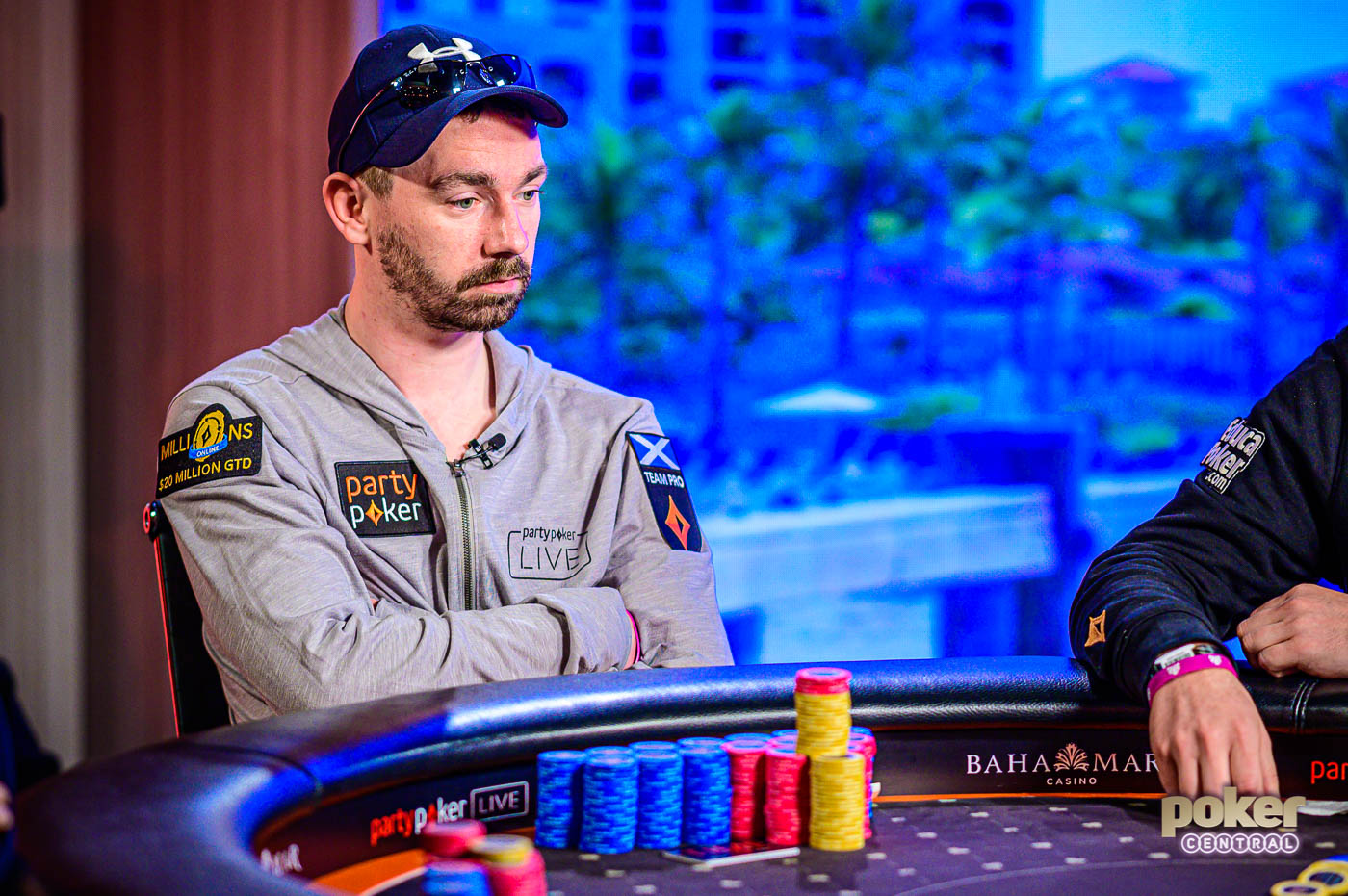 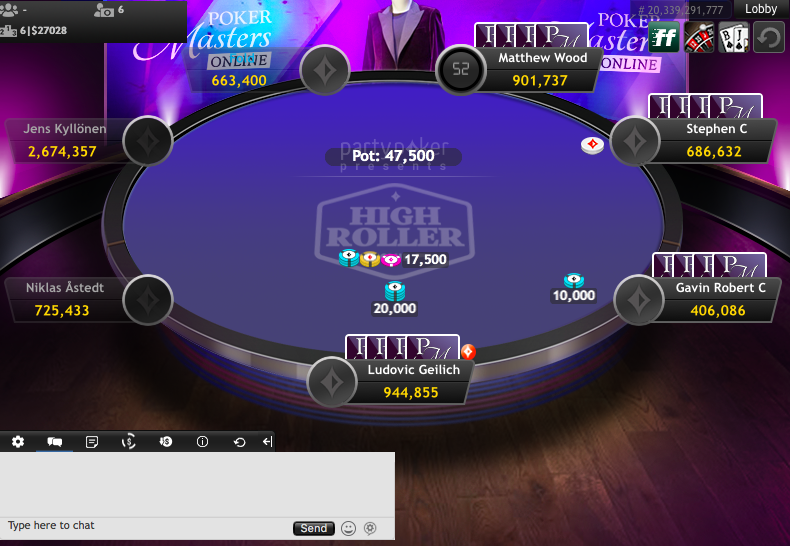 Kyllonen has two PMO victories through the first stretch of the series and another could vault him into Poker Masters Online: PLO Championship contention. 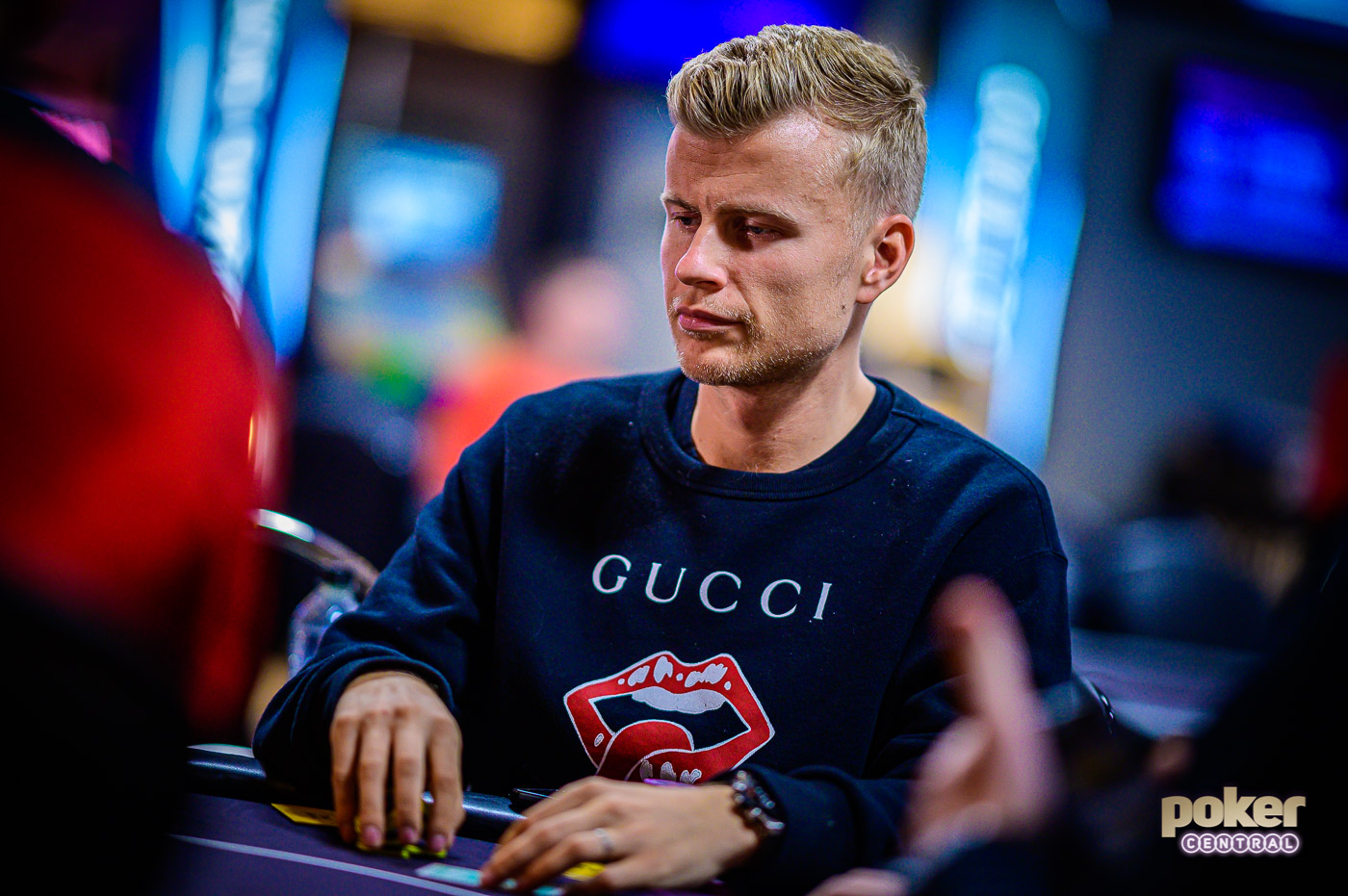 Just under a level remains in Day 1. 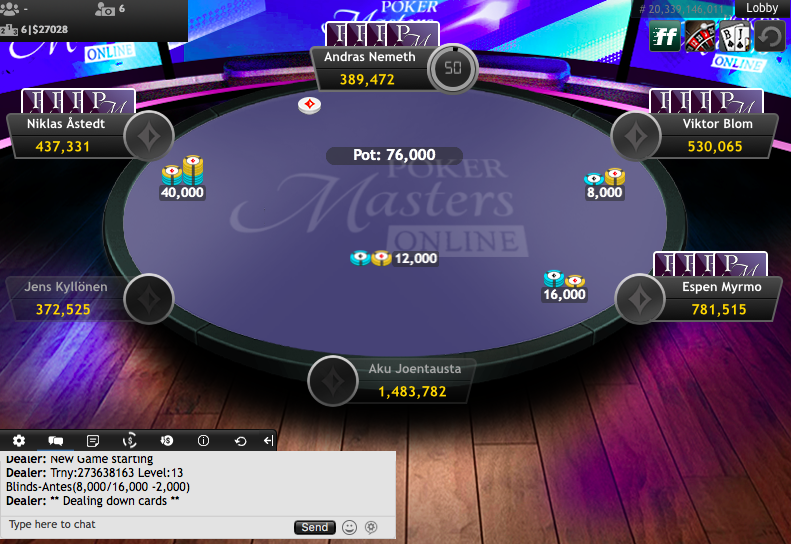 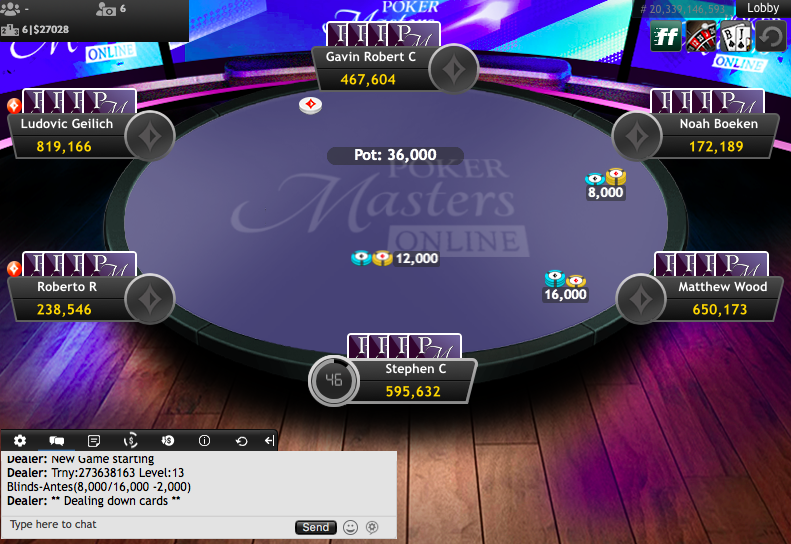 Following the elimination of Sami Kelopuro, Event #13 is down to the final two tables.

While one Fin failed to make the redraw, another is pacing the field. Aku Joentausta is the only player over the 1,000,000 chip mark and one of the only players remaining that is still in Poker Masters Online: PLO Championship contention.

A complete list of the updated counts and seating assignments will be posted shortly.

Event #13 is down to the final three tables. They’re pictured below with an update of every count also provided below: 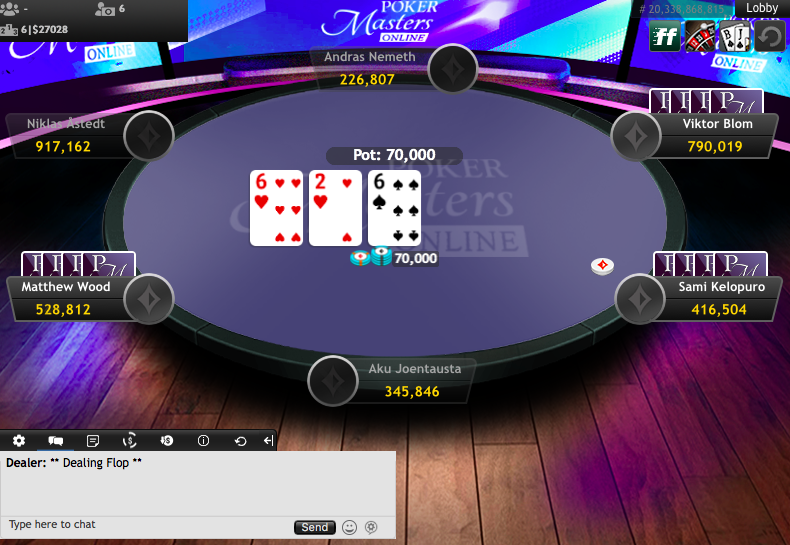 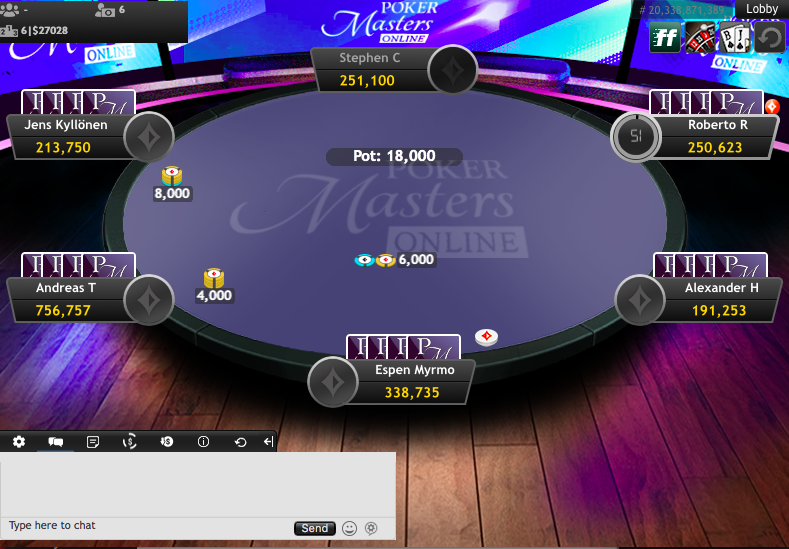 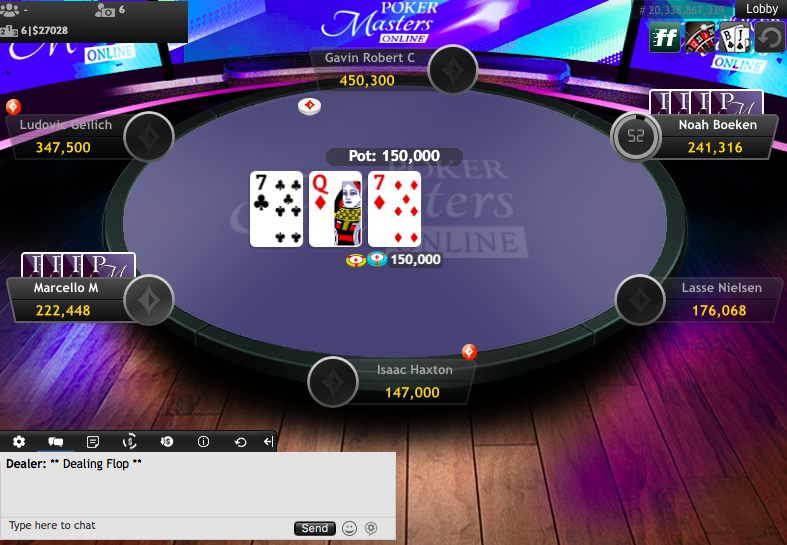 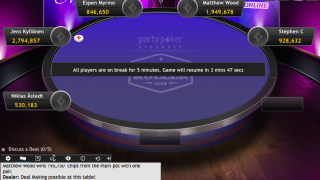