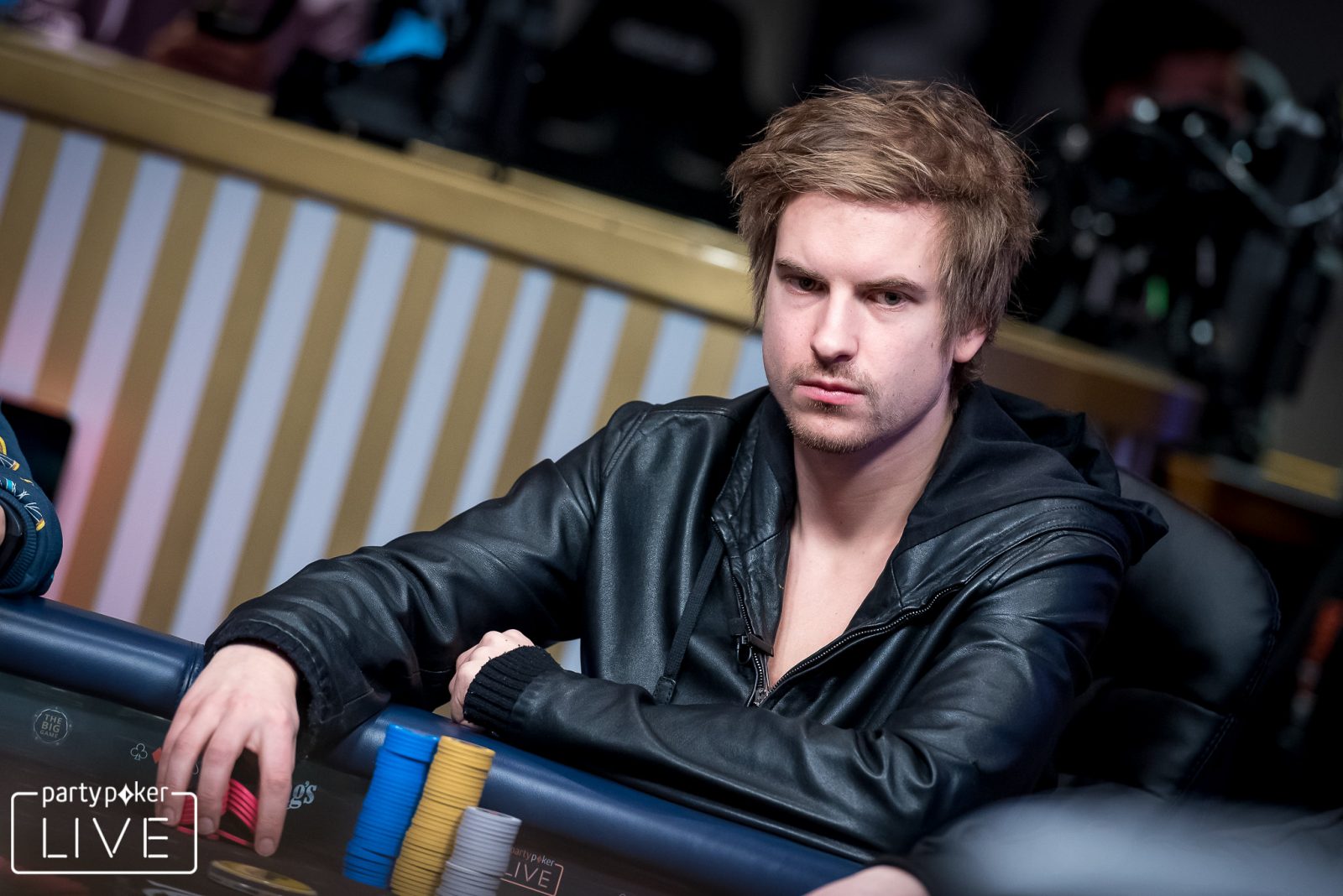 Finland has dominated Poker Masters Online so far and Aku Joentausta will look to keep the momentum going at the Event #11 final table. Joentausta holds the chip lead heading into tomorrow’s restart, where he’ll have to contend with countryman Sami Kelopuro.

Both Fins are in the Poker Masters Online: PLO Championship top ten and could move into the top five with solid Event #11 finishes.

Another player that is also looking to add to his PMO total is Viktor Blom. The online legend will return with the shortest stack and Norway’s Espen Myrmo rounds out the final four.

When there were still two tables remaining, Niklas Astedt was one of the top stacks in Event #11. A level and a half later, Astedt was eliminated – falling to Aku Joentausta in 6th place.

Joentausta – sticking to the trend we’ve seen thus far – took the final table chip lead with the knockout. He’s now playing over 2,500,000 and is the first player to crack that threshold.

Hungary’s Bujtas Laszlo was short stacked after the final table redraw and he was quickly eliminated by Niklas Astedt. 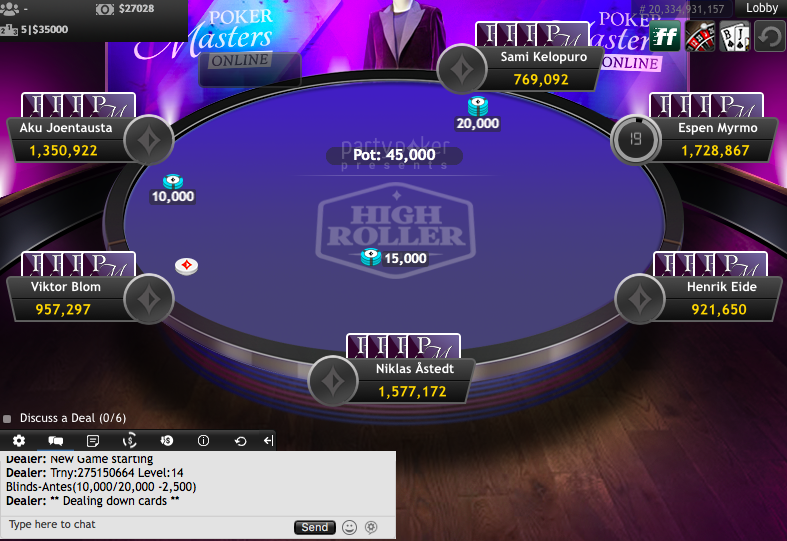 That means that Event #11 is now officially in the money, with a complete update of the chip counts provided below:

Event #11 is on the bubble after the elimination of Pedro Zagalo.

Espen Myrmo sent the Dutch PLO specialist packing and Myrmo is now the chip leader with over 1,800,000. 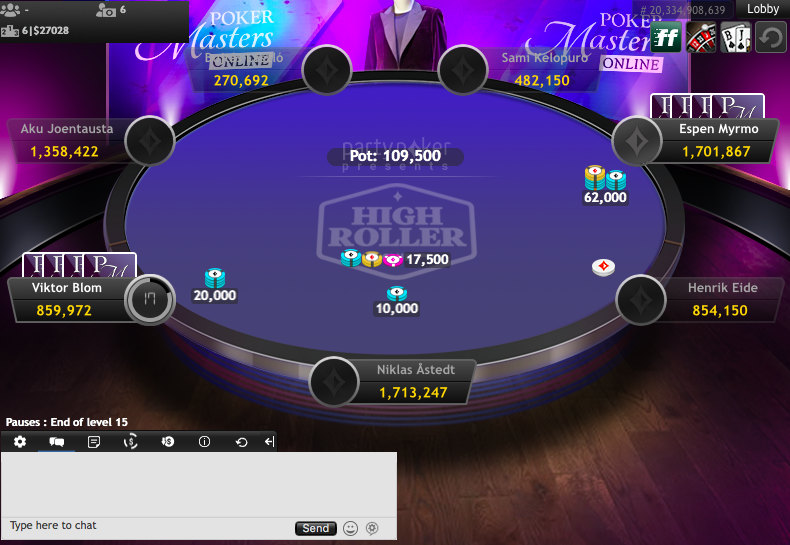 Only six players will cash though and here’s what they’re playing for:

Over the last half level, two short stacks have fallen on Table 2.

Sweden’s Bengt Sonnert was then eliminated by countryman Niklas Astedt. The short stack got his final chip in the middle on the flop and Astedt scored the knockout. 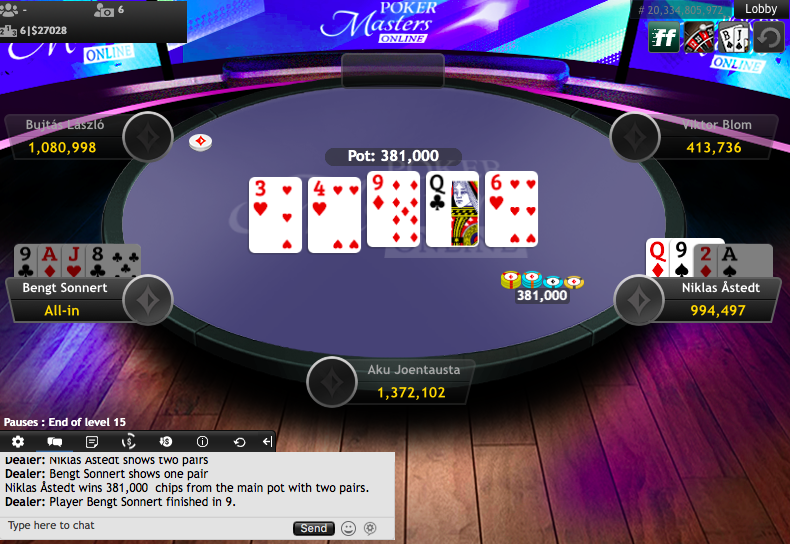 Astedt trails Joentausta by just a few big blinds one spot from the Event #11 bubble.

Short stack Benjamin Voreland just got all-in with pocket aces against Sami Kelopuro. Action was picked up with Voreland three-betting pre flop and Kelopuro called to see the flop. 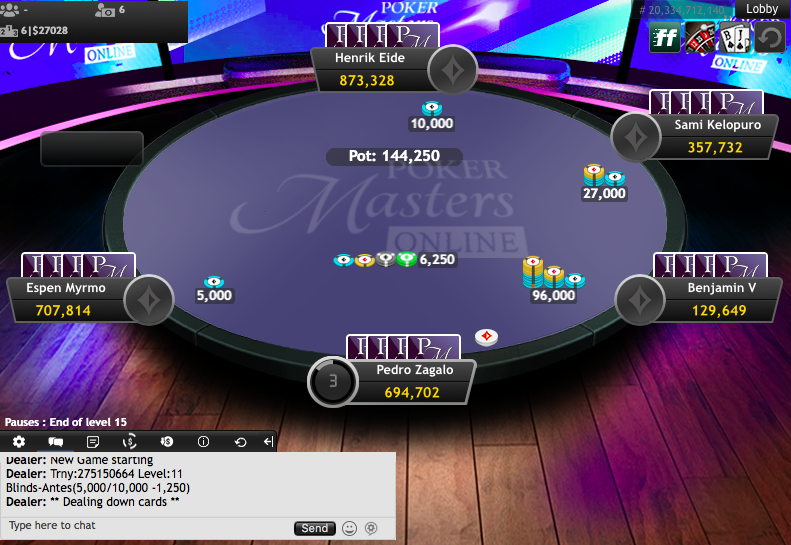 With just over 125,000 behind Voreland, Kelopuro bet the pot on the flop and the short stack called to put himself at risk. 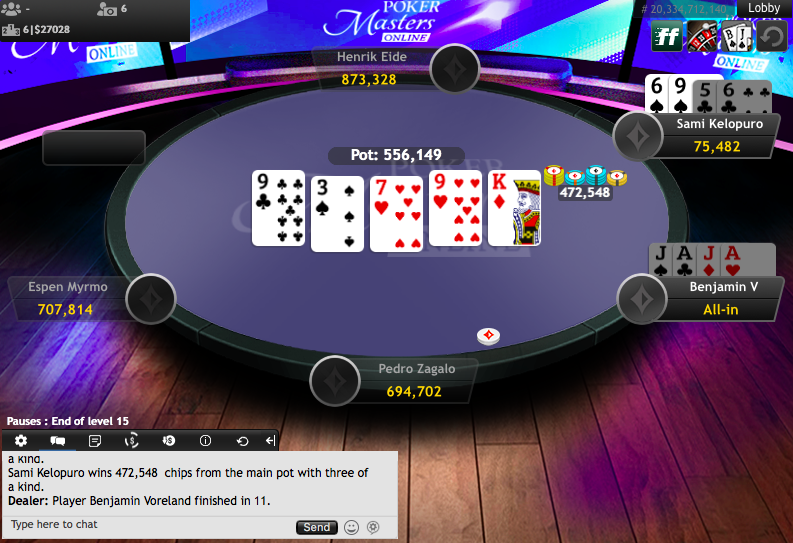 Voreland’s pocket aces – or jacks, for that matter – were ahead on the flop, but not on after the turn. The river was no help and the Norwegian pro was eliminated in 11th place.

Event #11 is down to the final two tables and Sweden’s Niklas Astedt leads the way. 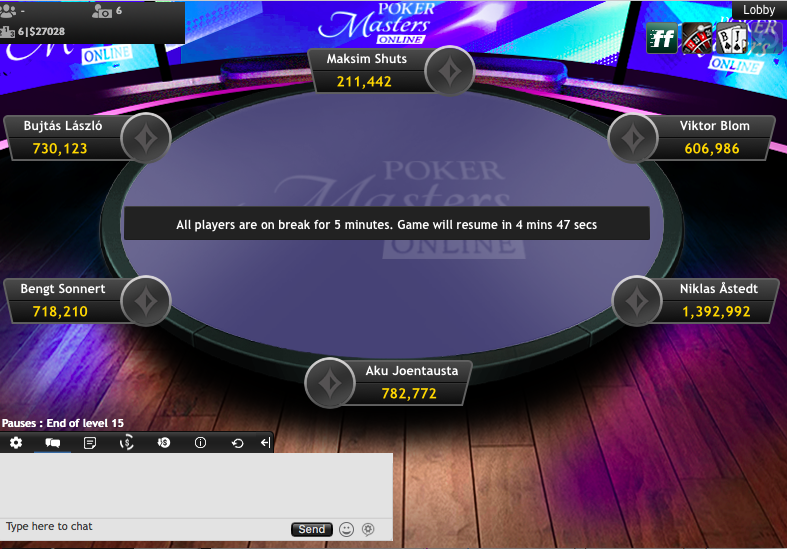 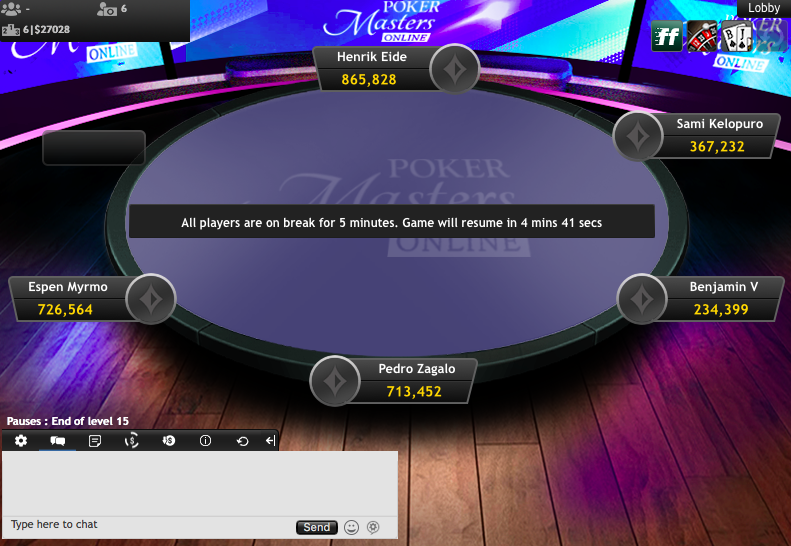 Right before the last break, Andras Nemeth was eliminated in 12th place.

With late registration closed, Event #11’s field is set and here are the counts from every player still in contention:

Level 9 has concluded and that means that the payouts are set.

A total of 49 entries nearly met the $500,000 guarantee and six players will cash in the second Super High Roller of the Poker Masters Online: Pot Limit Omaha series.

Whether we get ITM today or after tomorrow’s Day 2 restart remains to be seen. Regardless, Poker Central will be here to bring you the action from the next few hours of action – Day 1 will conclude at the end of Level 15. 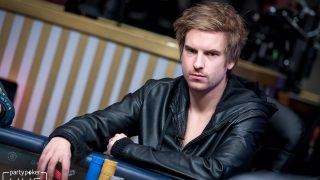