The first all-in and call after the two table redraw also brought the first double up. Niko Soininen and Andreas Torbergsen got all-in on the flop, before the Fin completed his flush on the river to stay alive. 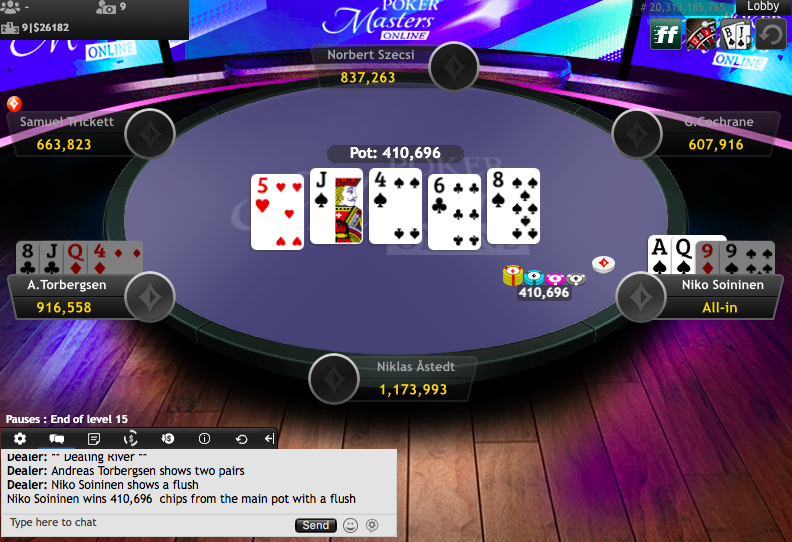 While Soininen is still alive, but he is also still near the bottom of the leaderboard. Torbergsen is playing near the chip average heading into the next break. 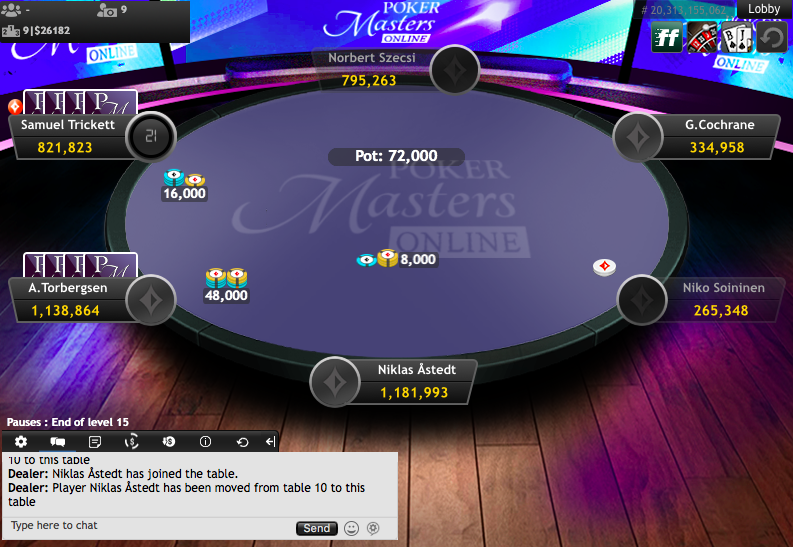 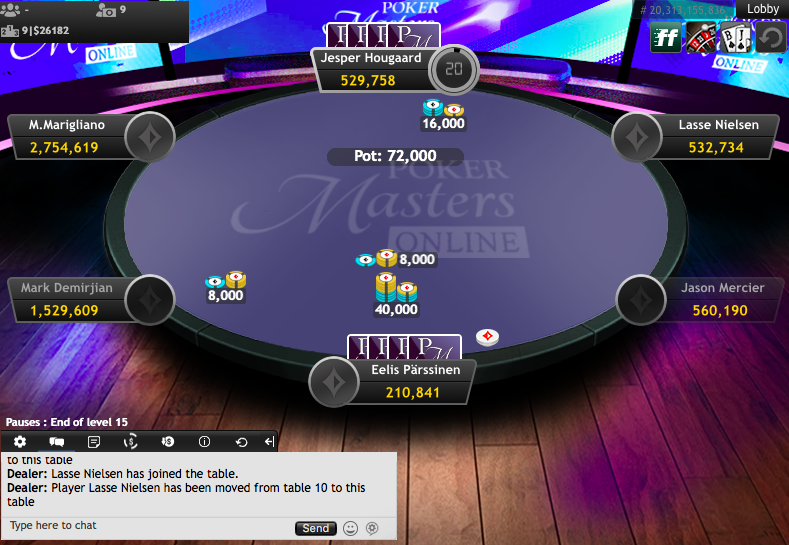 After the elimination of Ben Lamb and Espen Myrmo, two tables remain in Event #1.

Nine players will cash, with a reminder of the payouts provided below:

The seating assignments and chip counts from the final two tables will be posted shortly.

All of the action has been on Table 1 and this time a 1,000,000 chip pot was up for grabs. Mark Davis held pocket kings and Marcello Marigliano held a double-suited hand that needed to hit to win. He did – shown below – and Margiliano is now one of the tournament chips leaders. 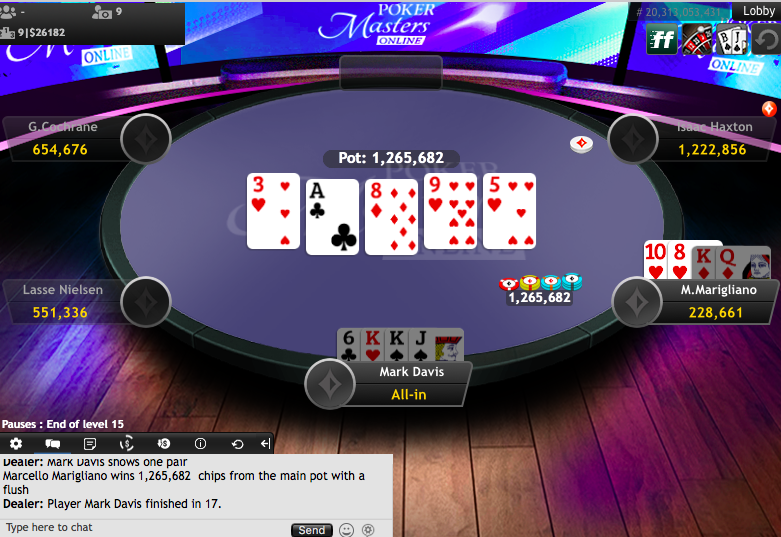 A few minutes later, Jason Mercier moved close to seven figures. He did so without going to showdown, instead picking a perfect pre-flop spot to punish three players under the chip average. 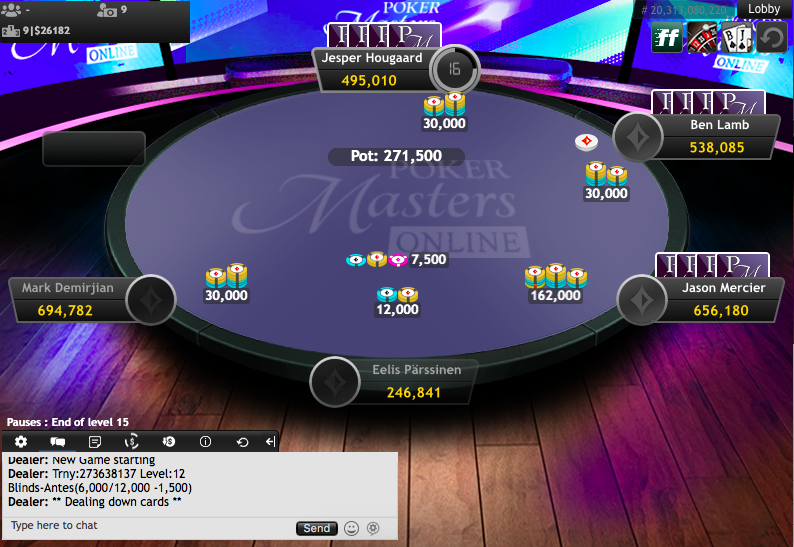 Shortly after he redraw, big hands played out on Table 1.

First, Lasse Nielsen sent Andrew Pantling packing – pushing himself over 500,000 in the process. The final board is shown below. 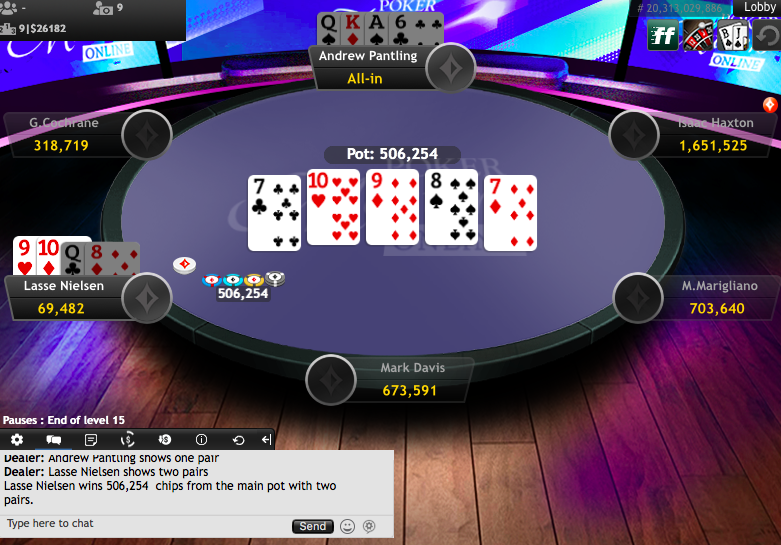 In the very next hand, Gavin Cochrane three-bet a Mark Davis open and then got all-in for his final 330,000~ after Isaac Haxton four-bet from the blinds. 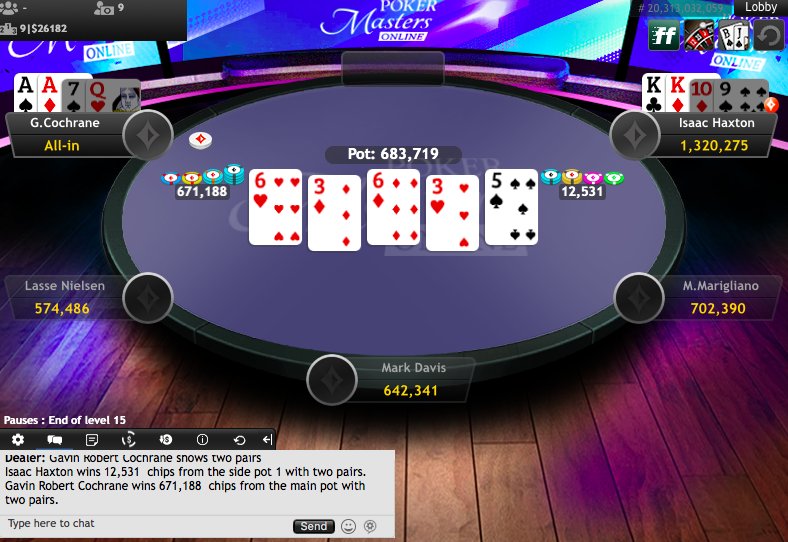 Aces held and while Cochrane is just over the chip average, Haxton is still comfortably working a top stack. 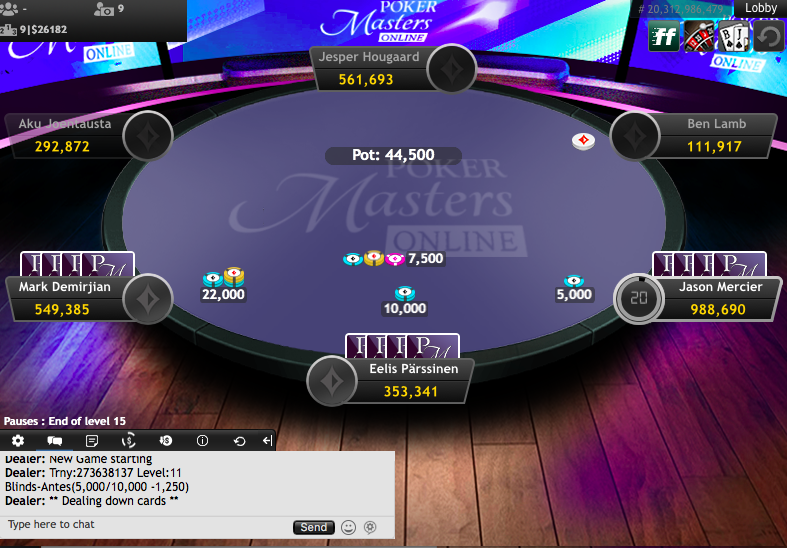 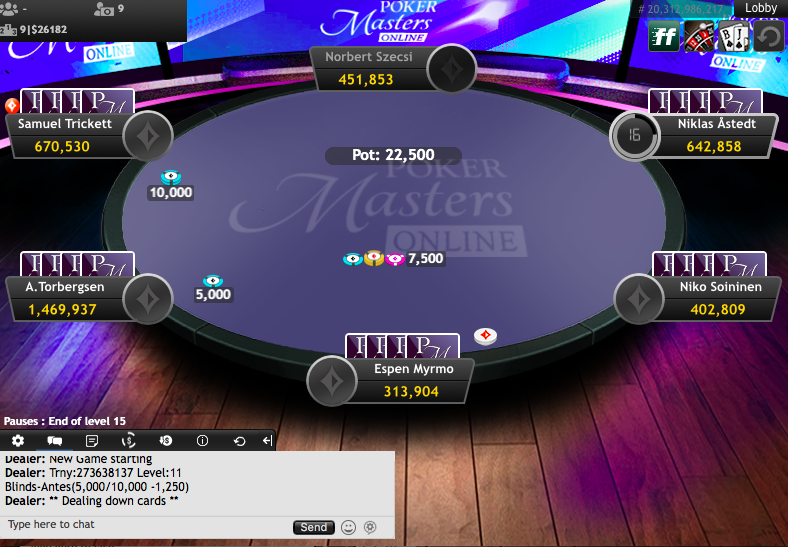 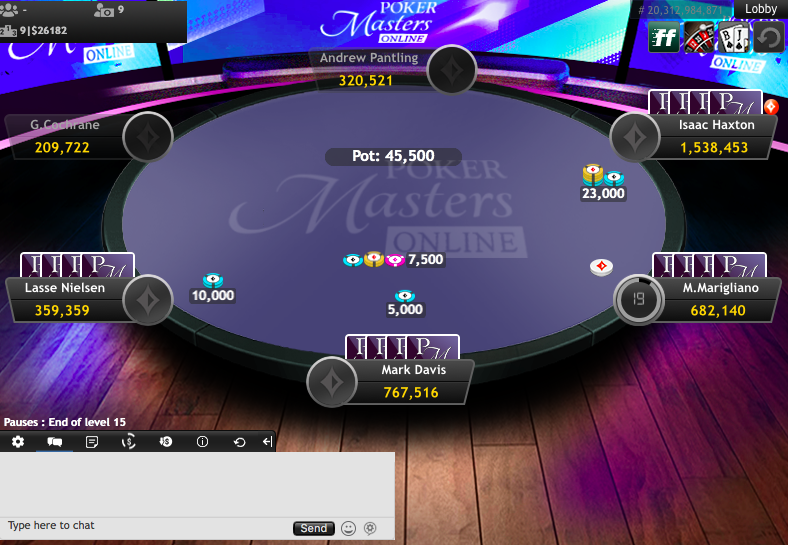 Final 18, Half Will Cash

Event #1 is down to the final 18 players and the final three tables. Only 9 players will open Poker Masters Online: Pot Limit Omaha with a cash and Poker Central will follow the action until the end of Day 1 – after Level 15.

A complete list of the new seating assignments and chip counts will be posted shortly.