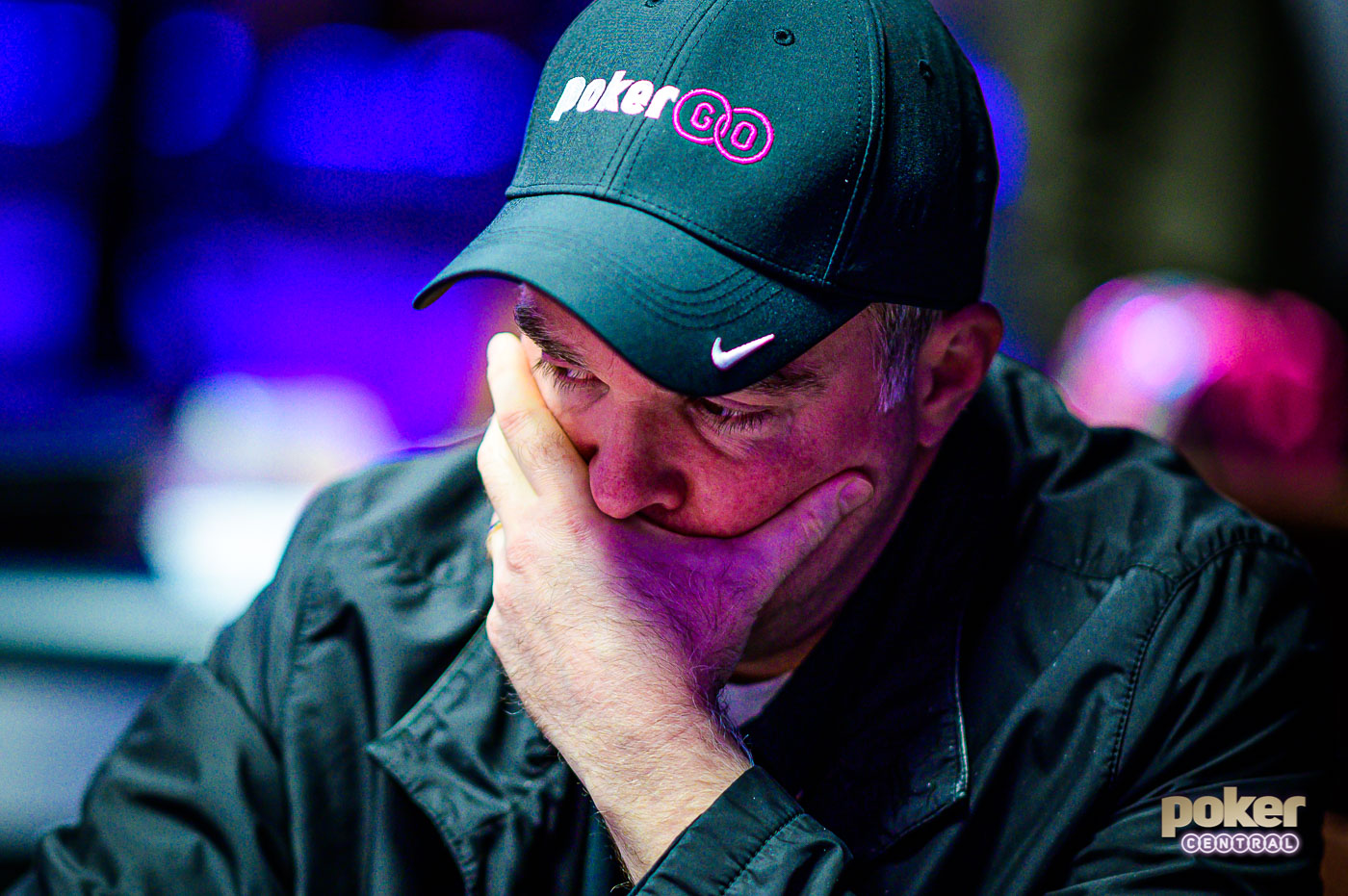 George Wolff raised the button and Chris Vitch called in the small blind before Cary Katz raised in the big. Both players called.

Jared Bleznick raised to 60,000 from under the gun and Mike Gorodinsky three-bet the small blind. Bleznick called, and both players drew one.

Both players stood pat once more, and Gorodinsky check-folded to a bet from Bleznick. 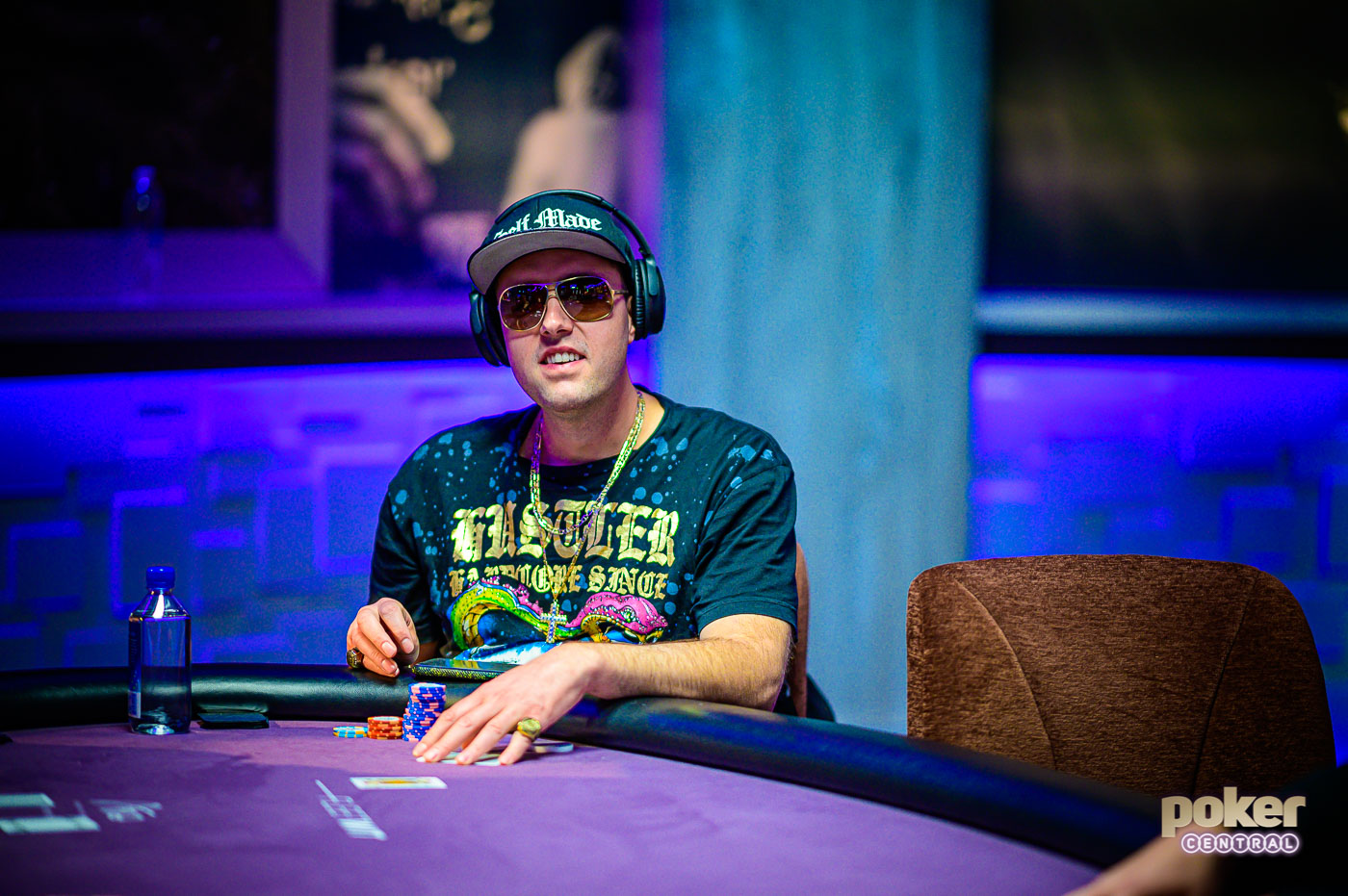 David Brookshire raised the button to 60,000 and George Wolff three-bet the big blind. Brookshire called and drew two after Wolff drew one.

Brookshire paired when he caught the

, and consequently was eliminated in 11th place.

Action was missed in the first hand, but the cards were picked up on their back with the board showing

Katz had shoved the river and David Brookshire called with

in front of him – for a rivered flush.

The hand cut down Brookshire and moved Katz over the chip average, but he was back down below that number after the very next hand.

That’s because Chris Vitch opened to 56,000 from under the gun, Katz raised the pot, and Vitch shoved for 289,000. Katz called and the hands were tabled.

and Vitch doubled to close a flurry of PLO action.

Robert Mizrachi raised to 25,000 from the cutoff and both Brandon Adams and Jake Abdalla called.

on the turn. Adams bet out 65,000 and Abdalla called as Mizrachi folded.

The two biggest stacks in the room just clashed on Table 2 and Brandon Adams now has a sizable chip lead.

Jared Bleznick brought it in with the

and Brandon Adams completed with the

before Mike Gorodinsky raised with the

. Bleznick folded and Adams called. Gorodinsky check-called fourth and then check-raised fifth. Sixth brought a check-call from Adams and then seventh went without any bets. The cards were tabled:

Before seventh was dealt, Brookshire announced a dark bet.

David Brookshire raised to 50,000 in the small blind and Nick Schulman three-bet the big blind. Brookshire called, and then led out on every street of the

board as Schulman called him down.

for trip eights, and Schulman mucked. 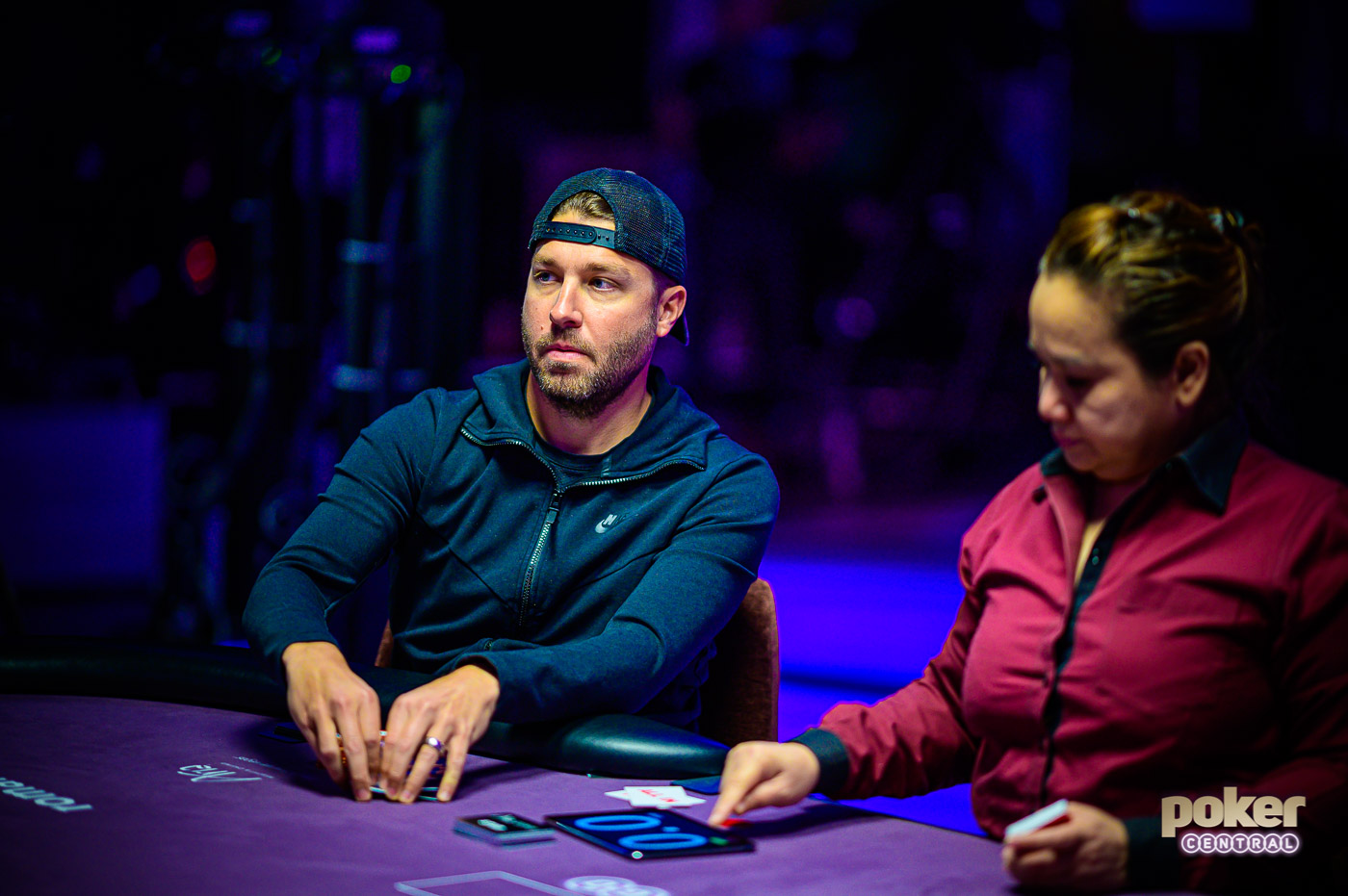 Jeremy Ausmus raised to 50,000 from under the gun and George Wolff three-bet the cutoff. Action folded back to Ausmus, and he called all in for 73,000.

and Ausmus was eliminated in 12th place.