The cards were picked up on their back on Table 2, with Mike Gorodinsky all-in against George Wolff.

tabled in front of him.

When the dust settled, Gorodinsky was close to double starting – while Wolff was left extremely short. 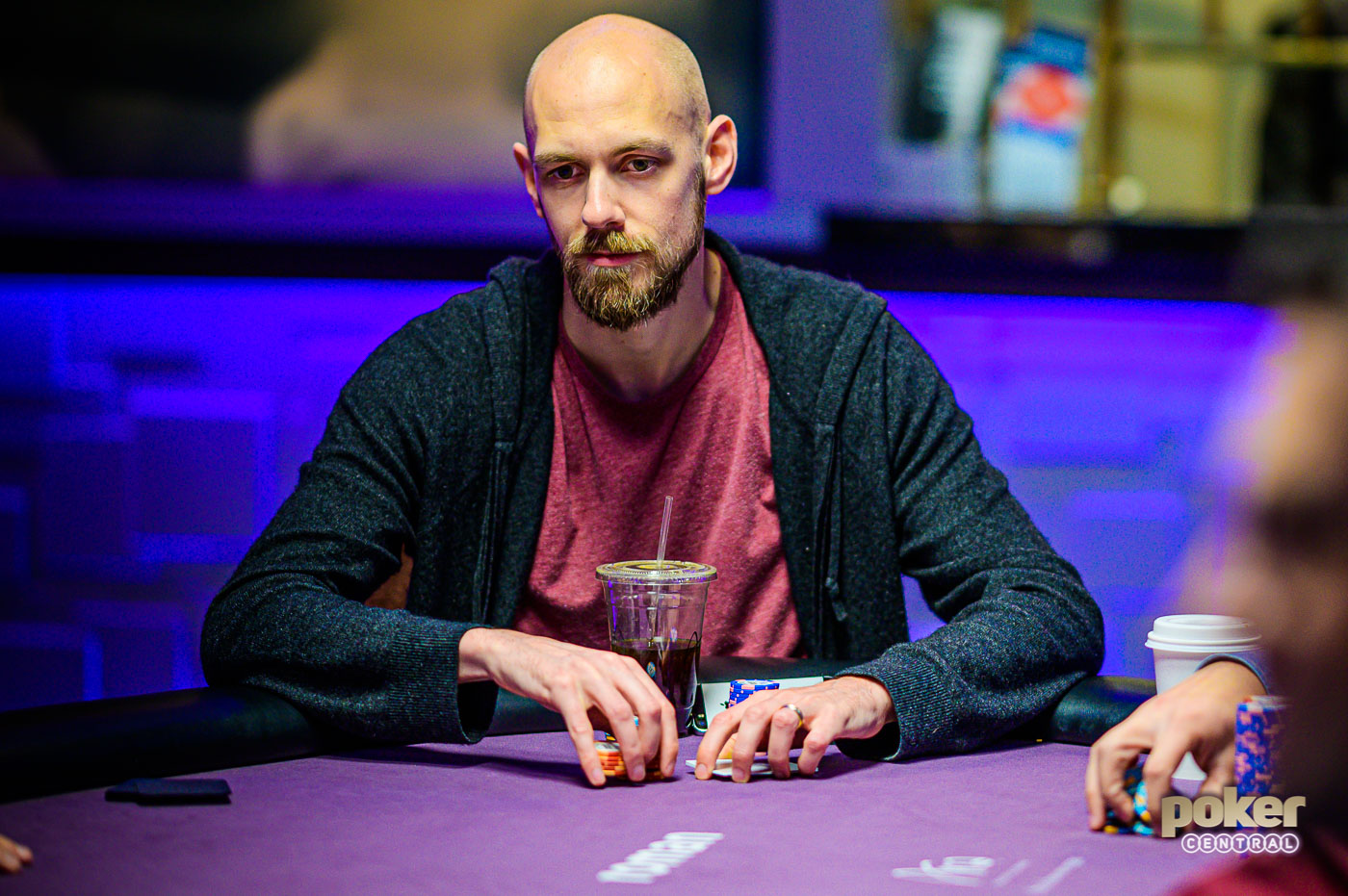 Event #2 is off and running with 24 players seated from the start across four nearly-full tables.

We saw a majority of those players yesterday, including Stephen Chidwick – who opened his Poker Masters account with a min-cash in Event #1. Chidwick missed out on another High Roller Triple Crown final table appearance, but will try to add to his Poker Masters points total with back-to-back results.

Alex Foxen and Antonios Roungeris also recorded cashes in Event #1, while the rest of the early Event #2 field will be looking to open their Poker Masters accounts today.

A list of the notable early entrants is provided below:

Play is now underway inside the PokerGO Studio and will continue until the final table is set for tomorrow’s live stream.

During the U.S. Poker Open a $10,000 Pot Limit Omaha event has always been on the schedule drawing 64 entries in each of the two editions that were held at the PokerGO Studio.

Lingering inside the PokerGO Studio prior to cards getting in the air are former USPO champs Mike Gorodinsky and Jordan Cristos as well as Anthony Zinno, Jorryt van Hoof, Tom Marchese, and George Wollf, to name a few.