George Wolff Takes it on the Turn

George Wolff raised to 6,000 in the hijack and Sam Snead called in the cutoff.

and Wolff continued for 10,000. Snead called as the

landed on the turn.

Wolff bet 30,000 and Snead didn’t take too long before finding a fold.

Action was picked up with the board reading

While Ausmus was at risk, he was in good shape against

completed the board and Ausmus doubled while Katz was left short.

George Wolff was all-in for his final 98,000 and table big stack Sam Snead called with the board reading

Wolff flopped a straight with

and he needed to hold against Snead’s

Instead of holding, Wolff hit – as the

completed the board and gave Wolff a straight flush to beat Snead’s nut flush.

When the dust settled, Wolff and Snead swapped spots on the Table 3 leaderboard.

Sam Snead raises to 6,000 in middle position and Ben Yu called in the hijack. From the big blind, Alex Condon called, and then checked the

McDermott called to see the

complete the board and then he called again after Roberts bet 35,000 on the end.

and he took the pot to get within touching distance of the Table 4 chip leader. 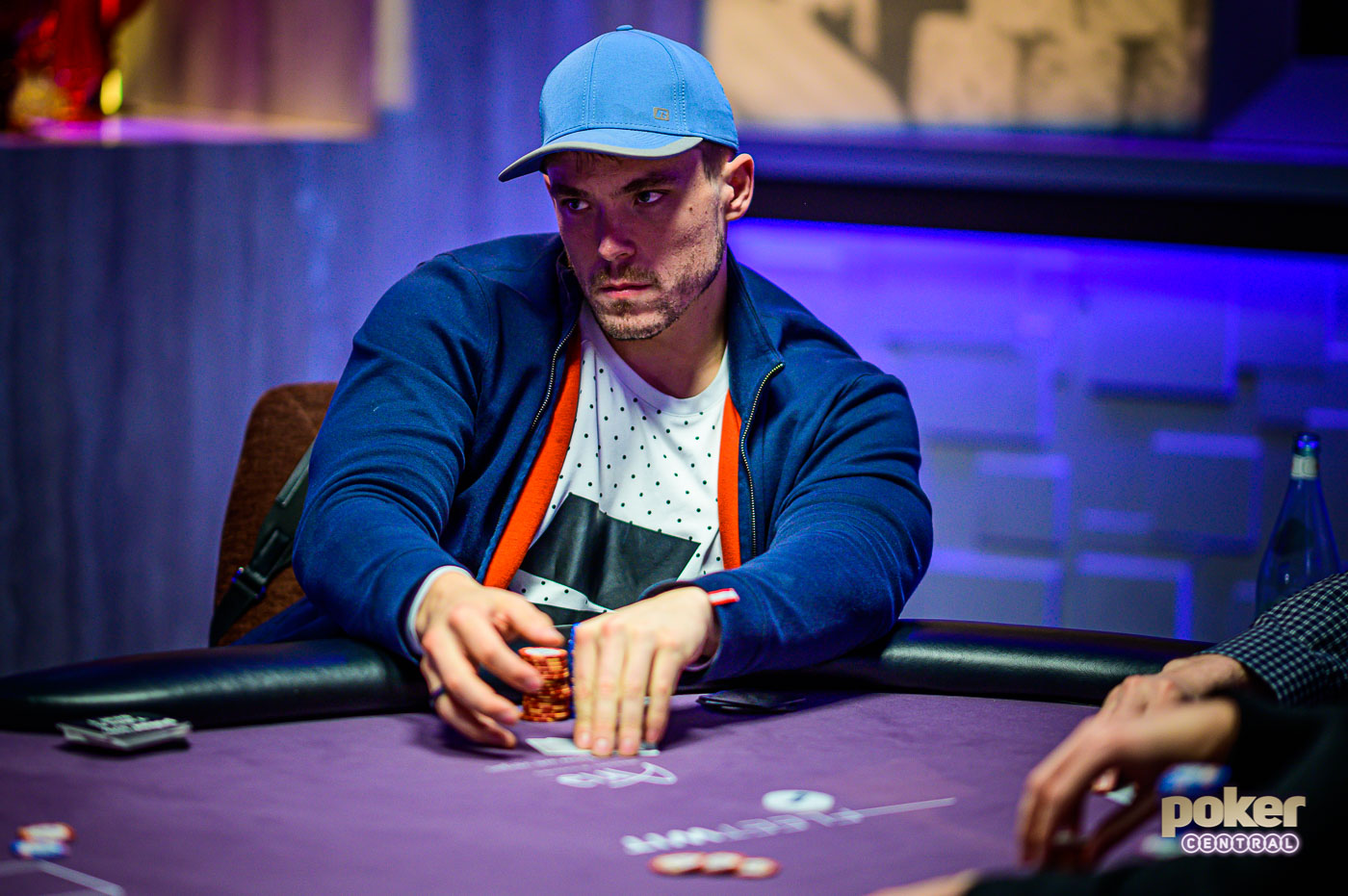 Todd Ivens limped under the gun before Alex Foxen raised pot in the cutoff to 9,000. From the small blind, Thai Ha announced a reraise of pot to 31,000. Ivens folded, and Foxen called all in for 21,500.

and Ha’s top set sent Foxen to the rail.

Marchese had just over 40,000 behind and after a few moments of deliberation, Marchese shoved and Wood quickly called.

The short stack was short on outs, as Marchese held

paired the board on the river and Wood scored the knockout that also shot him near the top of the counts.

Stephen Chidwick opened to 7,000 from the hijack and Manig Loeser defended his big blind.

and both players checked to reveal the

on the turn. Loeser checked, Chidwick bet out 12,000, and Loeser folded.