Scott Blumstein Gets Even Against Randall Emmett 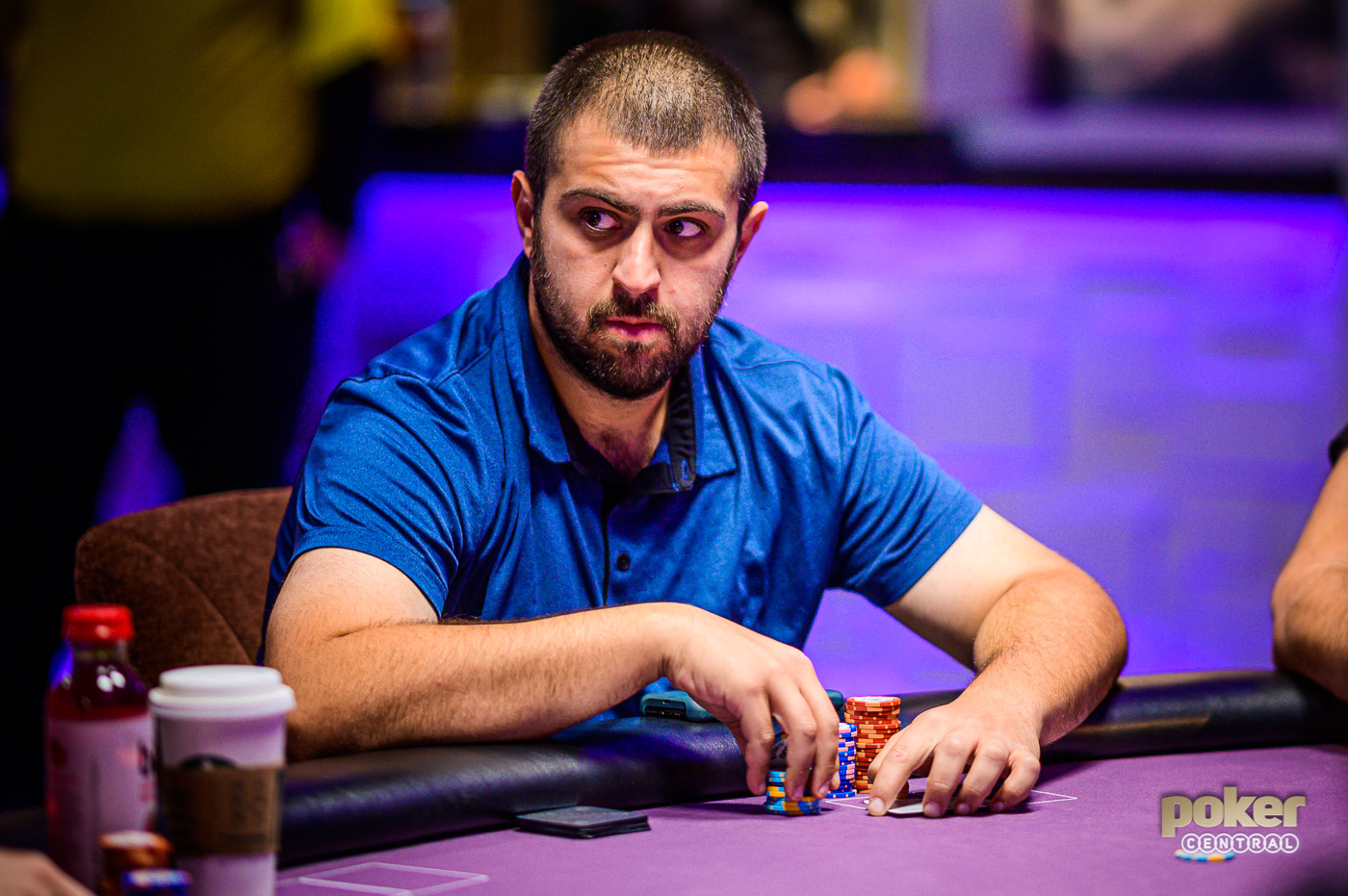 Action was picked up with Randall Emmett raising Scott Blumstein’s to 11,000. The board read

and the 2017 WSOP Main Event champion went into the tank. While Blumstein thought, Emmett tried to talk his opponent out of the pot.

After a few moments, Blumstein shoved for 48,500 after saying, “You talked me into it.”

It was Emmett’s turn to go into the tank and he burnt through three time extensions before he eventually called.

Emmett needed to hold to score the knockout, as he held

gave both players straight draws, but the

completed Blumstein’s flush and gave him the double.

Shortly after the hand, Blumstein was moved to Table 5 between Sean Perry and Robert Mizrachi.