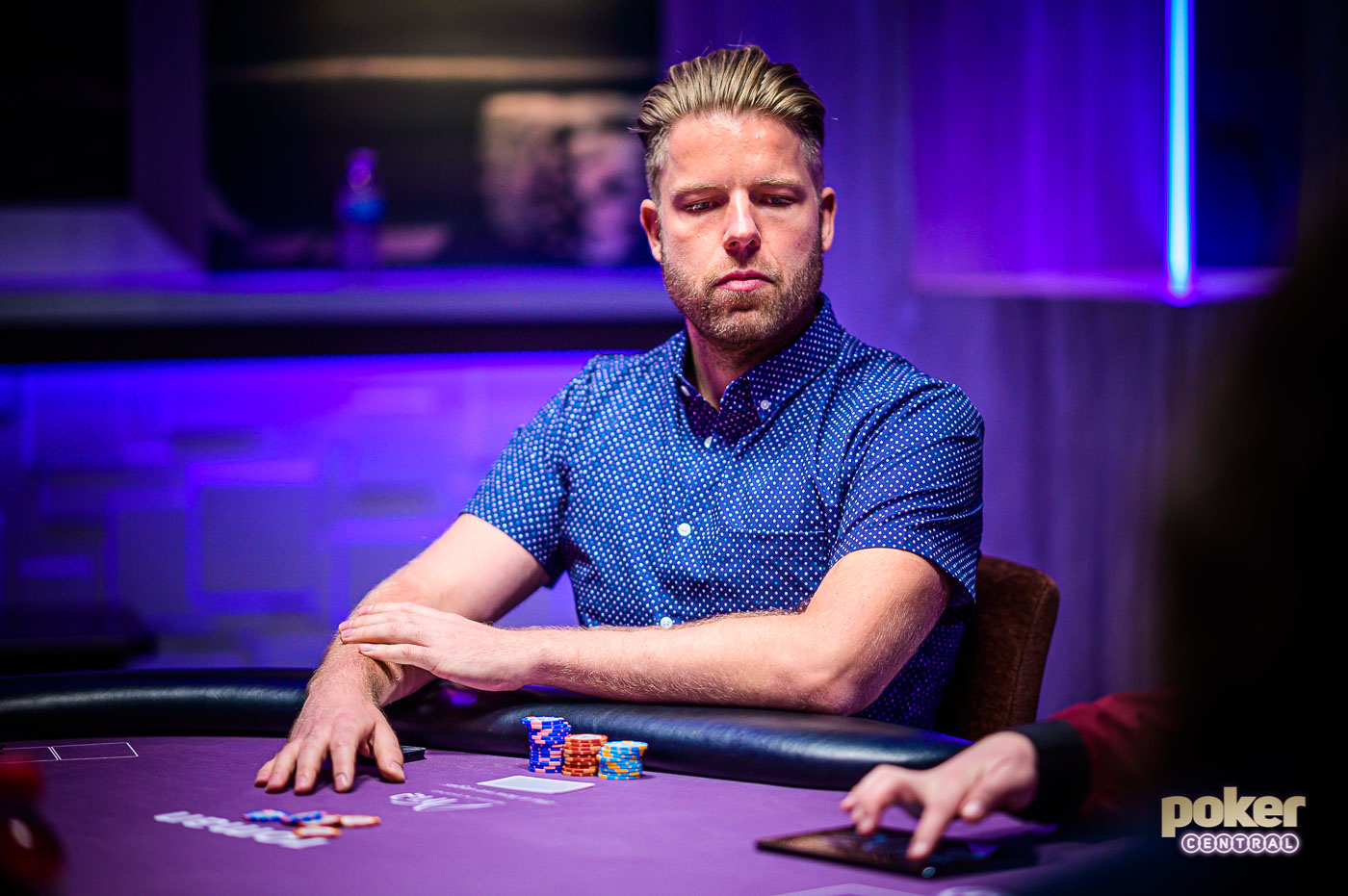 Chris Hunichen was one of the top stacks coming back from break and while he is still above starting, Jorryt van Hoof just doubled in one of the biggest pots of the day.

Hunichen got a count and then inspected his own stack before saying, “I’m supposed to fold here, but I don’t think I am.”

Eventually he called and it was a flip – with Hunichen holding

Hunichen hit a pair on the flop, but was drawing drawing dead by the turn after the 2014 WSOP Main Event podium finisher hit a set on the