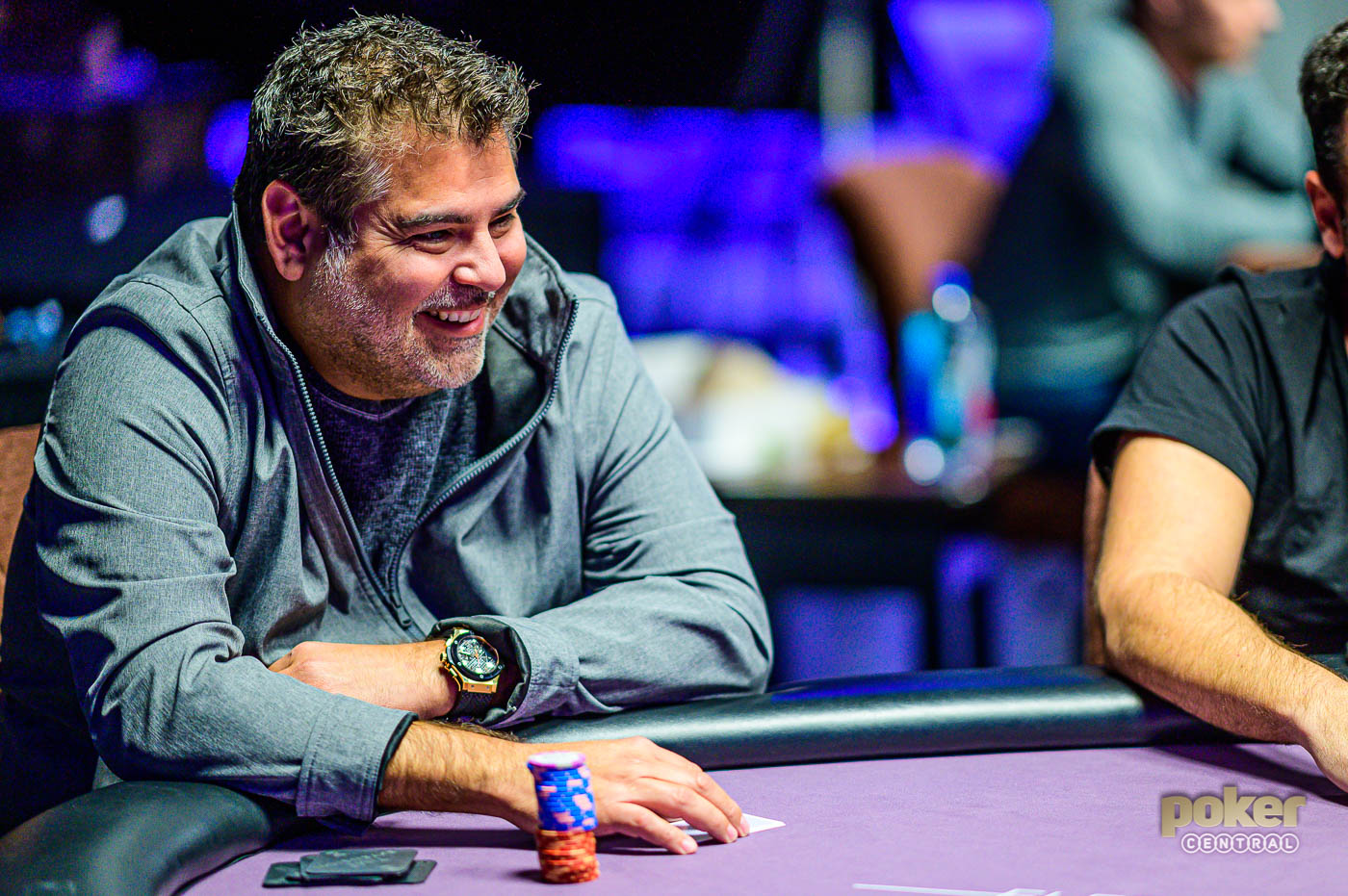 Thai Ha scored a double through Sean Winter and then a few hands later, tournament short stack J.J. Feregrino was all-in and at risk on Table 2.

Action was picked up with Isaac Baron opening to 50,000 and Ralph Wong called on the button. Feregrino, who was in the small blind, shoved for 55,000 and after Chance Kornuth called in the big blind, Baron and Wong came along as well.

Wong stood from his chair as he turned over

. Feregrino was drawing thin with

came on the turn he was officially drawing dead. Baron still had outs to win the entire pot, but the

completed the board and Wong’s double.

When the dust settled, J.J. Feregrino was eliminated on the bubble, Ralph Wong was back in contention after being short for the last few levels, and the remaining 14 players have all opened their Poker Masters accounts with Event #1 cashes.