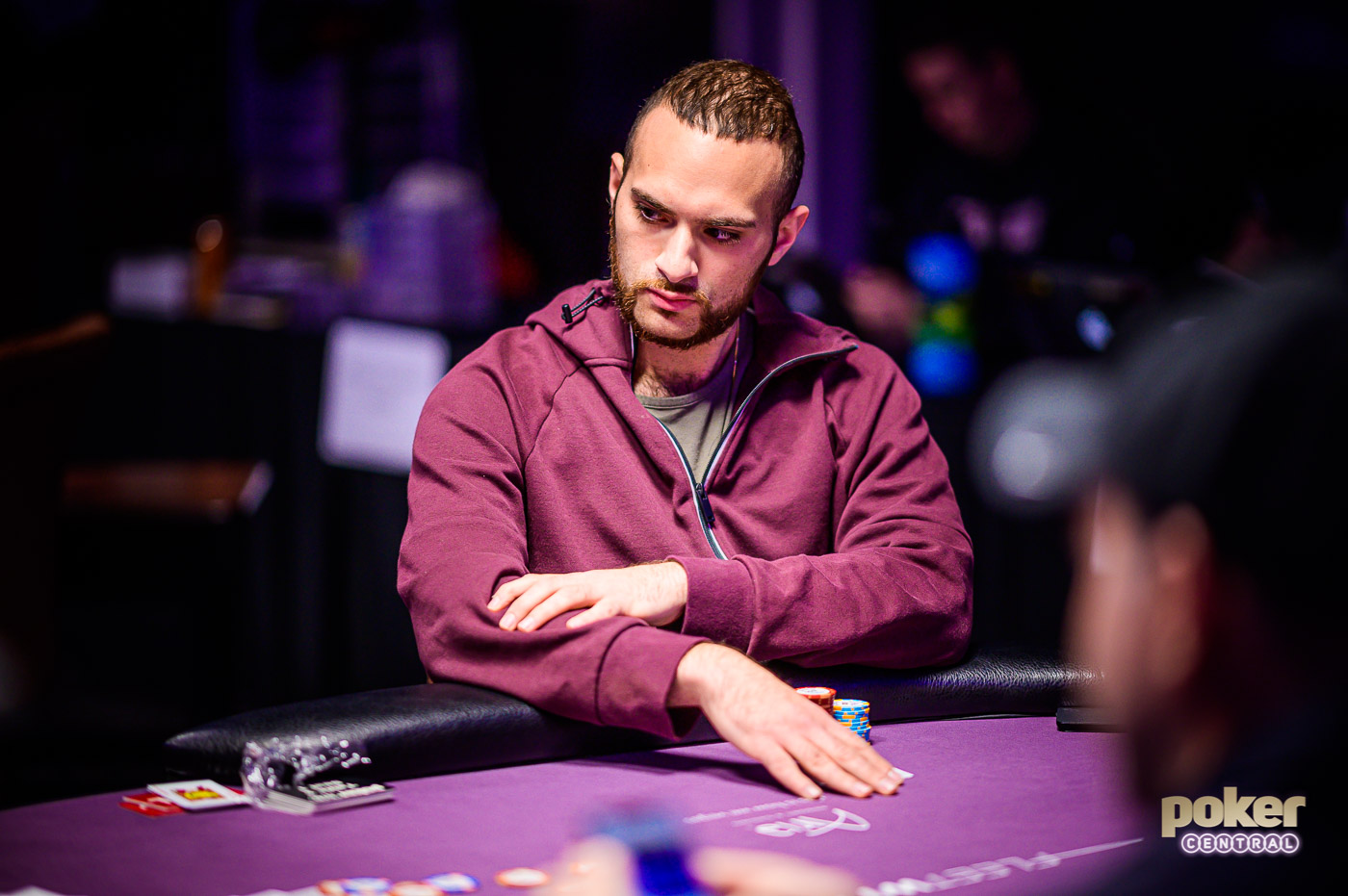 As the rest of the players exited the tournament area, Aram Zobian and Ankush Mandavia played into the break on Table 3.

Zobian called and both players checked the

on the turn, before Mandavia also checked the

Zobian thought for a few moments and then pushed all but one 1,000 chip into the middle. Mandavia quickly released and the entire Event #1 field is now on their first break of the day.