A brier clock-pause now as the latest of late Super High Rollers swell the field beyond 16.  Steve O’Dwyer, 2018 champion in this very event, has caused a redraw to make three short-handed tables, sure to increase the action of an already turbo-charged Day 2.  The new line-ups:

Two In, One Out

Kahle Burns is back in contention, while Sergi Reixach barely had time for a riffle before busting in the first orbit (details will be researched in the break).  New to the Super High Roller is Yair Bitoun, resplendent in multicoloured wolf T-shirt which will grace the blog shortly.

Million Plus Pot for Kurganov

flop, Kurganov continued for 145,000, called again.  The turn brought the

and no betting from either player.  The river was the

.  Foxen checked a third time, and this time faced at 310,000 bet.  A short ponder later, and Foxen’s call was in the middle and his cards in the muck, as Kurganov showed down

By far the shortest-stacked returner, Christoph Vogelsang, was almost immediately all in preflop for his last 160,000, having picked up

in the big blind. Late position opener (and chip monster) Luke Reeves took him on with what turned out to be a dominating

.  The board double paired on the river, however (

) to chop the pot and keep Vogelsang from his double or re-entry.

Shuffle Up and Deal, Day 2

Cards return to the air with three fresh competitors – Sergi Reixach and two who have yet to draw seats but whose $25,500 is already paid in (it is lunch time, after all).  One is reliably rumoured to be Leon Tsoukernik, who brought the fireworks to the live stream yesterday and despite firing a good few bullets busted before the end of Day 1.

With late registration still open, the starting line-up will be as follows: 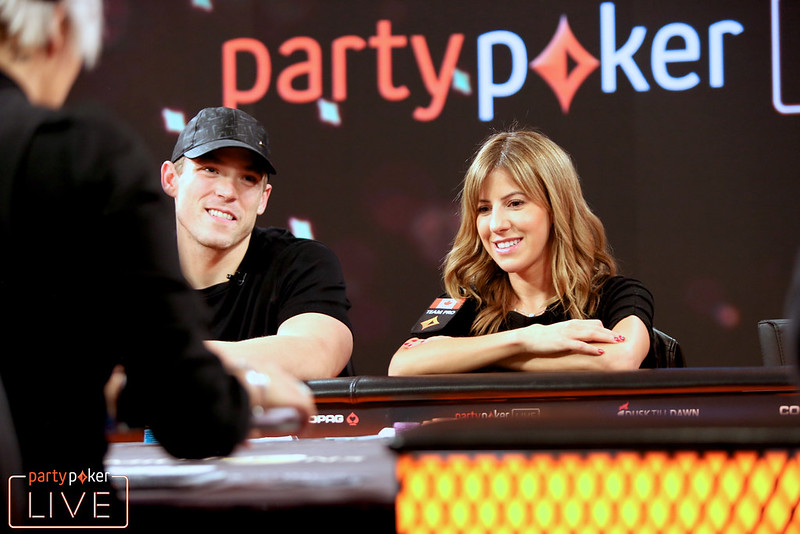 Day 2 of the partypoker MILLIONS UK $25,500 Super High Roller brings back two tables that are not yet set in their line-ups: late registration remains open for two more 40-minute levels and a full redraw will be done prior to cards hitting air.  Anyone buying in today will receive a million chip starting stack, the blinds 10,000/25,000/25,000.

Should Steve O’Dwyer not be among today’s registrants, the Super High Roller is guaranteed a fresh champion (he took down both this event and the $10,300 High Roller in Nottingham in 2018).  The prizepool and payouts will be announced after the close of Level 10.

Live coverage resumes here at 1pm local time and will continue as the final table, and eventually the 2020 champion, is determined here at Dusk Till Dawn.  Live streaming is scheduled to commence at 4pm local time (11am E.T.).