Anton Suarez came to Dusk Till Dawn in Nottingham to play some cash games, having heard how great the action can be during a tournament week like the partypoker MILLIONS UK. But, as he was a bit early, no games of his interest ran and so he joined a $500 satellite for the Main Event. He ended up winning the satellite and then winning the whole partypoker MILLIONS Main Event for a staggering $1,000,000! Entering that qualifier because of a lack of Omaha action must have been one of the best decisions of his life!

Suarez, who has been playing poker for over a decade but mostly focuses on Pot-Limit Omaha cash games, is the second Swede to take home the prestigious partypoker MILLIONS trophy, after Viktor Blom’s win in Rozvadov two years ago.

The partypoker MILLIONS UK 10,300 Main Event attracted 530 entries, easily making the $5,000,000 guarantee partypoker had put on the event. Some of the biggest players in the game came to Nottingham for the perfect start to their poker year. The live-streamed final table featured some great poker for the world to see with entertaining characters and non-stop action. With a shot clock in place, the pace of play was already quick. But the action heads up was even faster, with Suarez and his opponent Christian Rudolph making decisions lightning fast.

“I just like to play fast, especially heads up,” Suarez said with a big grin on his face. “It’s just more fun. He likes to play fast too; [we had a] good flow.” 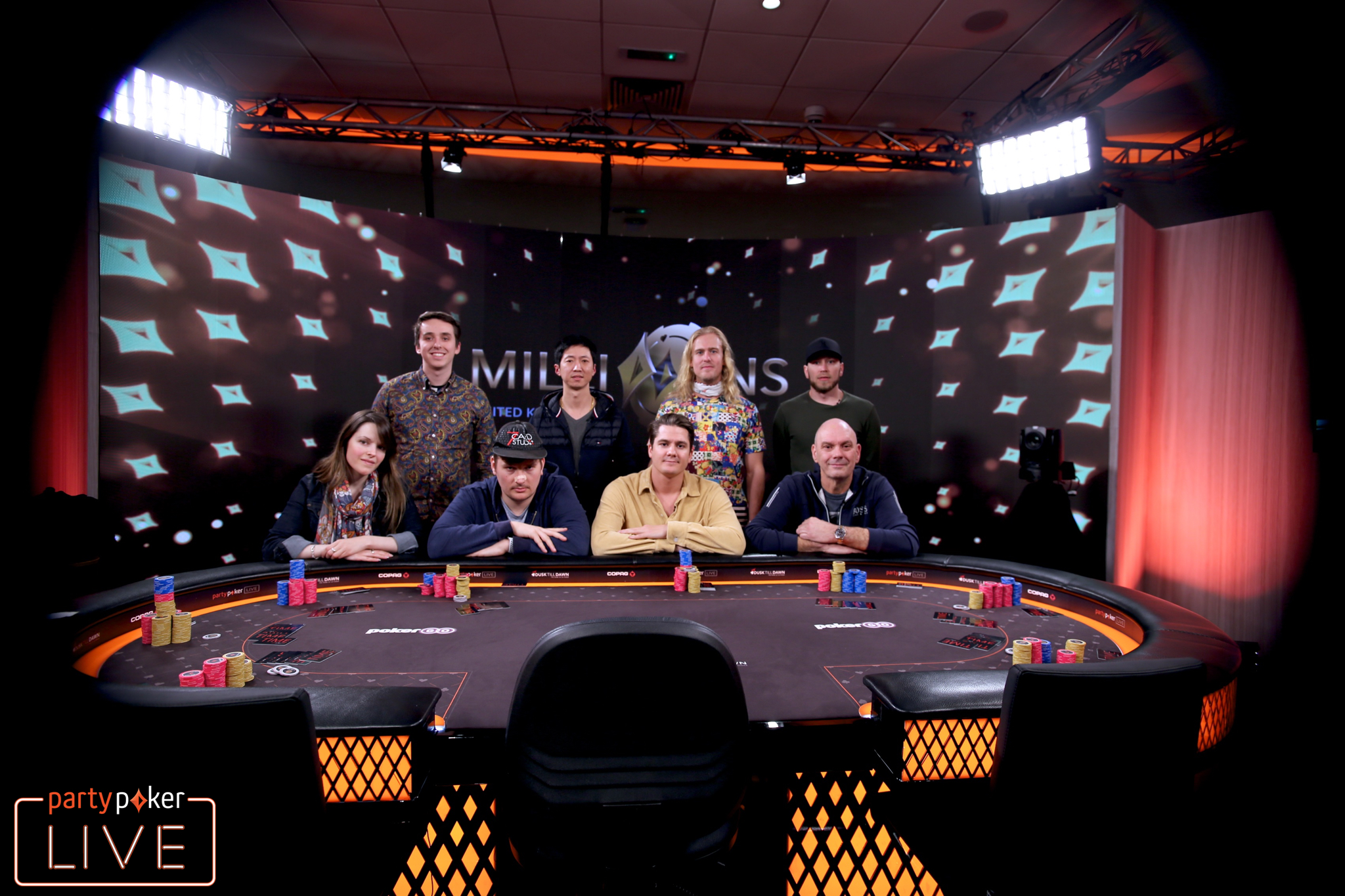 The fourth and final day of the partypoker MILLIONS UK Main Event started with twelve players still in contention for the $1,000,000 first-place prize.

John Mooney ended up as the first casualty, losing with ace-jack to pocket eights.

partypoker’s Ludovic Geilich, who has a bit of a history at the PLO tables with the eventual winner, busted to Suarez in eleventh place. After finishing in fourteenth place in the final MILLIONS event in the Bahamas last year for $65,000, another deep run for the Scot.

Following MILLIONS South America, the globetrotting tour will head to Sochi (6th-15th March), Cyprus (May), and wrap the year with the legendary Caribbean Poker Party in the Bahamas (13th-21st November).

board. Suarez had flopped trips with

With this small stack facing a recent blind raise to 3,000,000/6,000,000 – a truly astronomical level – it was only a matter of time until Rudolph would have to take his chances. After losing a few more pots, a limp on the button from Suarez was enough for Rudolph to take the plunge on the big blind with

.  Suarez had limped with

The final board of the MILLIONS 2020:

A full recap of the final day will be posted here in a short while.

Rudolph Not Giving Up Without a Fight

Having saved his own tournament life with a river fold holding

board (Anton Suarez setting him in with

), Christian Rudolph picked up a pot without risking it all on a

; Suarez had been betting

Another pot-a-minute stretch, with Suarez coming out of the multiple small skirmishes ever so slightly further ahead.

Suarez’s Turn to Double Back into the Lead

It was only a matter of pair vs. pair to get all the chips in the middle –

on the button for Anton Suarez and

Rudolph was drawing dead by the turn – the deck bringing

– an unbeatable full house for Suarez.

The chip lead swaps back.

Three Sizeable Pots for Rudolph, and the Chip Lead

Though Christian Rudolph was the winner of two decent sized pots recently, opponent Anton Suarez managed to get away from top pair on both, which could easily have been more costly.

One saw Rudolph flop a straight with

in the big blind on a

board, while button Suarez held

.  Action took off on the turned

Then the largest of the recent pots, where chips took their time getting into the pot but flew in on the river, the board standing

Suarez Comes Over the Top for 100 Million – with Jack High

Rudolph Builds then Loses Back

Keeping up with Anton Suarez’s pace of play, Christian Rudolph has taken a couple of pots away from the aggressive Swede with some timely moves of his own recently (notably an all in shove with just ace-high and a gutshot).

While we were writing that, Suarez spiked river trips with his

board, paid by Rudolph with

The chips swing back…