A pared-down six levels of play were fought through today as the final five-figure buy-in event of the partypoker LIVE MILLIONS UK 2020 in Nottingham began.  There were 25 entries in total, leaving the lion’s share of the $1,000,000 guarantee still to be accounted for.

Play restarts at 2 pm local time, with hourly updates from the start.

Here’s how the surviving baker’s dozen from Day 1 in the $10,300 High Roller Finale stack up. Their numbers are sure to be swelled by late registrants tomorrow (registration closes after four levels, at 6:30pm).  Play restarts at 2pm, one hour earlier than scheduled.

Elsewhere, chip leader John Duthie put shortest current stack Christoph Vogelsang to the test for his stack.  The hand started with an under the gun raise to 28,000 from Duthie and three-bet to 74,000 from Vogelsang, which he called.  Both players checked the

flop, bringing a second five on the turn – the

The river brought a second pair to the board with the

, while Duthie showed a bigger house with

High Roller Finale About to Spread to Three Tables

The pace of entry is slowly picking up.  Current line-up:

Rheem the First One Out

Chino Rheem is the first one out of the event, making for nine remaining players from ten total registered. He has the option to reenter if he so pleases, changing $10,300 for another 1,000,000 starting stack.

The requisite number of players to start this event are now at their seats, and cards are in the air. Updates on entries and chip counts will be posted once per level.

Delay to Start of HR Finale

Eight players are needed to kick off today’s $10,300 Finale, and we’d currently be starting heads up between John Duthie and Tibor Nagygyorgy.

As soon as there are enough to run, we’ll update the entrants. Late registration is open until Day 2; expect at least an hour’s delay to the start. 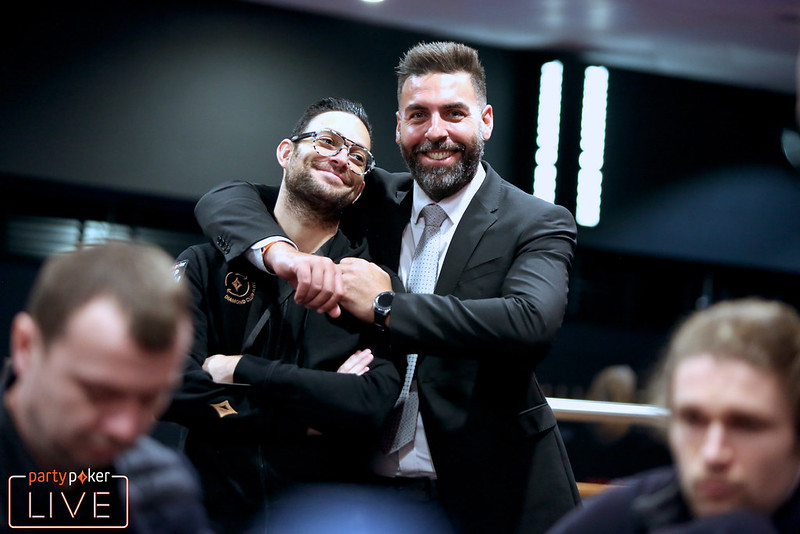 The partypoker LIVE MILLIONS $10,300 High Roller Finale will round off the five-figure buy-in tournaments gracing this week at Dusk Till Dawn in Nottingham.  Starting at 5pm local time, this three-day event will be the last chance to throw a million-chip starting stack at a hefty prizepool.

Just like the Main Event, the Finale features an hour clock, but its guarantee is $1,000,000.  Unlimited re-entry is permitted until Day 2.  With late registration closing three hours before this kicks off, a cooldown period for Main Event bustees may well see the field populated with the same mix of well-known names from the live and online arenas worldwide.

Overview updates and leaders’ chip counts will be provided hourly, with full survivors’ counts at the end of the day and prizepool information once registration closes.