under the gun for 3.2 million. Big blind Daniel Rezaei found

and shoved all in. Colonese snap-called for 44 million total.

and he took over the chip lead. Rezaei now much shorter, sitting in fifth position.

. Both checked to see the

and they checked again. The river was the

and here is where it got interesting.

and rivered a pair, but Urbanovich rivered the nuts with

King-Queen Suited Into the Muck

Pedro Madeira under the gun plus one found

and raised to 3.2 million. Right behind him, Andres Viola woke up with

and three-bet to 9 million. The action folded around to Madeira and he tanked for a bit before he folded.

Fabio Colonese limped in from the small blind with

and big blind Dzmitry Urbanovich with

raised to 4.4 million. Colonese called to see a flop. On

and Gumz checked again. Silva fired another shell and bet 12,000,000 this time. Gumz let go of his hand. and Silva picked up the pot.

Right after losing that pot to Gumz, Daniel Rezaei was right back in it raising

to 2.5 million under the gun plus one. In the hijack, Dzmitry Urbanovich shoved 12.9 million with

. It folded around quickly to Rezaei who snap-called.

Urbanovich was behind looking for an ace to stay alive. The

on the turn to jump in front. The

on the river was a blank and Urbanovich doubled.

With 113 million remaining, Rezaei is still leading but it’s very close now between him and Gumz.

and the case ten fell down on the flop. Gumz checked to Rezaei who continued with a bet of 5,600,000. Gumz called and the turn was the

Both players checked to see the

on the river and Gumz bet 17,500,000. Rezaei had to use multiple time extension cards before he called.

They opened up and Gumz won the big pot. He is now the second player with over 100 million. 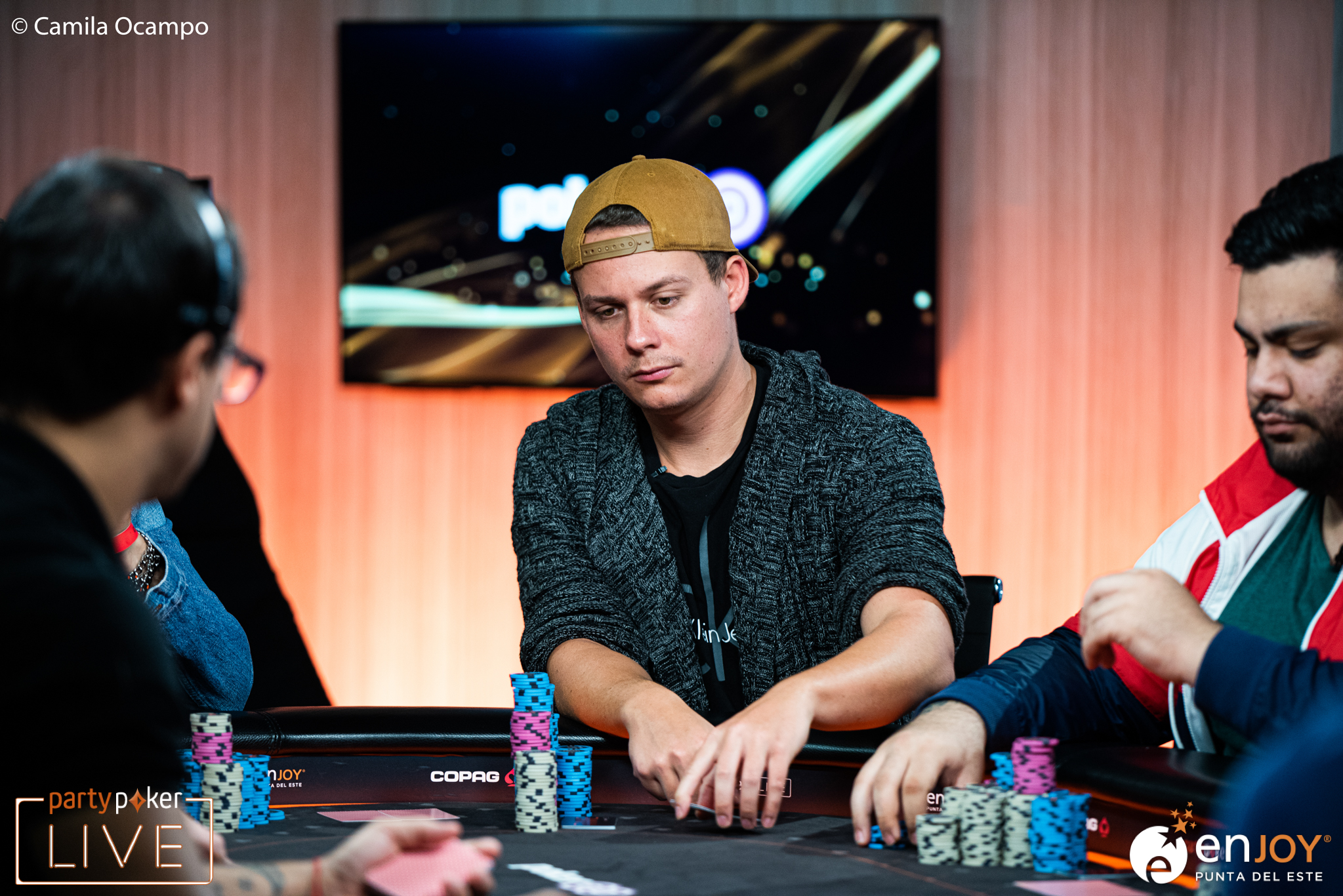 Urbanovich Gets Another Push Through

First, Dzmitry Urbanovich shoved holding ace-four off suit and picked up the blinds and ante.

Next, Daniel Rezaei opened for 2.5 million on his button holding

. Fabio Colonese in the small blind had a hard time folding

but eventually did decide to lay it down. Urbanovich in the big blind shoved for 10.4 million holding

No Resistance Against Rezaei

Daniel Rezaei raised from early position to 2,500,000 when he looked at

. This was the third hand in a row that Rezaei raised and also the third time in a row nobody called.

Rezaei is still a massive chip leader who has over one-thirds of the chips in play in front of him.