Sometimes It’s the Front Door That You Hit

After a couple of limped family pots that got no further than the flop and a single bet, everyone but Danny Tang called for 60,000 to see a flop of

, Wai Leong Chan on the button called with

on the turn, prompting James Dempsey on the comms to say, “Sometimes it’s the front door that you hit,” but no one called the 350,000 he bet when it checked to him.

, called by Aaron Van Blarcum with

, called by both limpers.

A heck of a flop followed:

– the nut straight for Van Blarcum and middle set for Phua (whose stack has kept creeping up in the last ten minutes).  Phua led out for 500,000 and Van Blarcum shipped in his whole 1,305,000.  Ha folded faster than the naked eye could see, and Phua made the call to see he was in a virtual flip.

turn brought an instant boat for Phua, and his hand improved to the mighty quads on the

It folded to Wai Leong Chan in the cutoff, who set new short stack Paul Phua all in with

.  He’d improved to a full house after the

run-out, however, and Chan took his first hit on the final table.

Ha Uses Timebank to Decide to Bluff, then Leow Flops a Flush

board when Phua had led out with

, the board checked to the turn where it stood

Leow Gets an Early Double

Returning as the short stack, Ivan Leow has doubled through Paul Phua, who opened with

then called his shove for 675,000.  Leow hand his king dominated with

and held over the

.  Both players flopped gutshots on the

flop; Chan check-called a bet of 65,000 from Phua.  The turn brought Phua’s straight in with the

and this time Chan check-folded when his opponent fired 200,000.

Although the partypoker LIVE MILLIONS Super High Roller Series Sochi is only three days old, Wai Leong Chan enters his second Short Deck final table as chip leader today, over a million chips clear of nearest rival Thai Ha (Aaron Van Blarcum was also at Event #1‘s final table, finishing 3rd for $168,000).  Paul Phua, third in chips, has made back to back finals here in Sochi, with a $58,000 cash yesterday for his eighth place finish in the $25,000 “normal deck” event. Ivan Leow, meanwhile, finished runner-up to Sam Trickett in this event, already banking $290,000 so far this week.

Nearly half a million dollars lies up top alone for the winner of this event, from a total prize pool of $1,525,000 generated by the 61-runner total field.

Live coverage will follow the cards up PokerGO live stream that begins at 2pm local time (7am EDT). 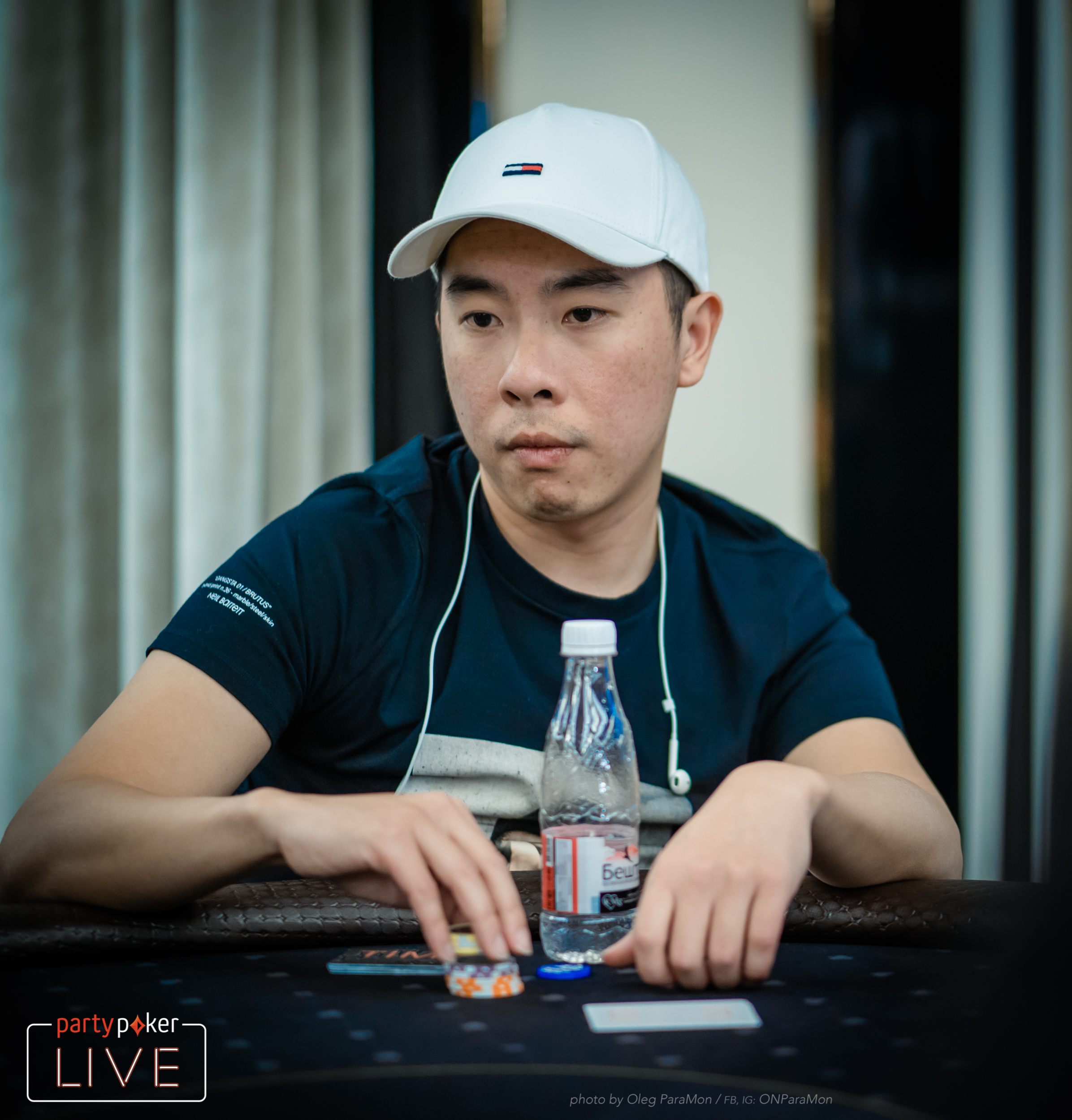