Skip to content
You are here
Home > Live Reporting > Sam Soverel Wins Event #5 of the British Poker Open for £322,000 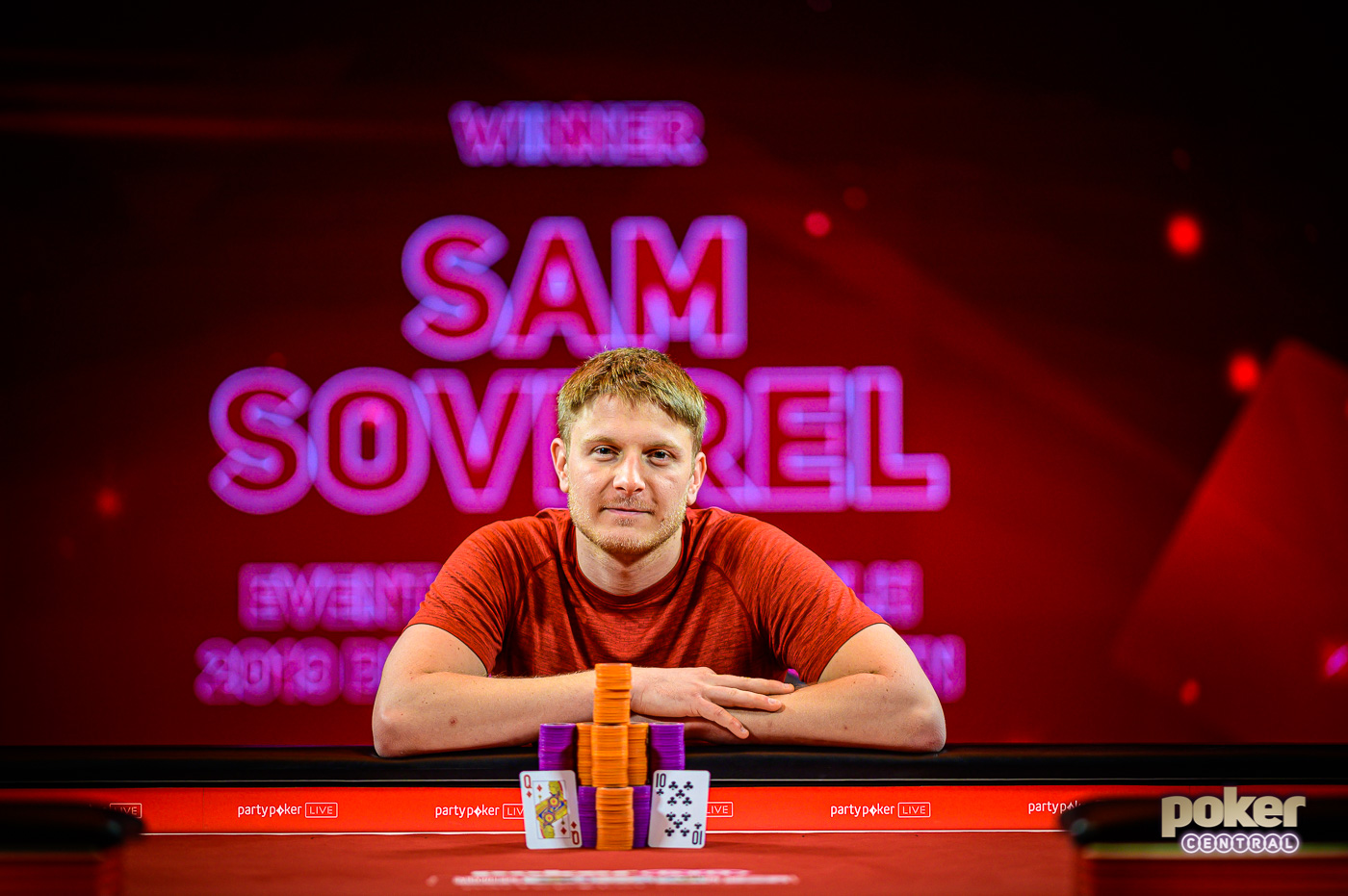 After two runner-up results in previous British Poker Open events this Series, Sam Soverel finally finished one place higher by winning Event #5, and in doing so took a commanding lead in the race to become the overall Series champion.

It was the Spanish short-stack who would bubble the event, coming into play with just 220,000 chips and needed to improve early. Down to just five big blinds, Bosca was in good shape when he committed the last of his chips with pocket jacks against Rainer Kempe’s

. But an ace on the flop signalled doom for the Spaniard and everyone was in the money.

Both Stephen Chidwick and Ali Imsirovic fell just short of the heads-up battle, with the Brit and the Bosnian busted by Kempe and Soverel respectively.

caught no cards against Rainer Kemper’s call with queen-deuce. Then Imsirovic raised with

and then called Soverel’s shove with

to need help. The flopped wheel and turned nut flush for Soverel ended any chance Imsirovic had of a comeback and we were down to two.

With Sam Soverel going into the final duel with a slight lead, that changed when Rainer Kempe took the lead. At that point, Kempe, who had already become the first German to cash at the 2019 British Poker Open made an all-in move with

but ran into the pocket queens of Soverel, and a 3:1 chip lead moved in favor of the American.

It was all over very soon afterwards, with the next hand proving the last. Soverel moved all-in with

and he was called by Rainer Kempe’s dominated hand of

. The board didn’t help Kempe, coming

and ending the tournament in Soverel’s favor.

THE CHAMPION IN HIS OWN WORDS

“People haven’t had big hands against me and I won some important flips,”  said Soverel in the aftermath of his victory. “I’d lost some big ones at the end [of other events] but won others to get there, so got really lucky.”

While Soverel admits that it’s not trophies that motivate him, but rather the monetary side of being so good at the game he loves, he’d ‘obviously’ like to win the British Poker Open series. He loves playing with tough players such as the ones he’s shared the felt with the past few days.

“I like pretty much everyone here and they’re fun to play with. It’s a lot of really tough competition, a bit tougher than I had hoped for, but it’s fun to play with really good players – you learn a lot.”

One of those players has been Cary Katz, and Soverel was quick to credit the Poker Central supremo with the creation of tournament series such as the ones broadcast on PokerGO.

“What Cary has done for poker is amazing. Especially for me because I live in Las Vegas, so it’s great to just go across the street and play in the amazing studio and play $25,000 events all the time.”

Soverel isn’t as well known as some players who talk themselves up on social media. He admits that he enjoys staying ‘under the radar’ and doesn’t care that much about leaderboards. His passion is solely in playing the game.

“When you compete in games you want to play against really good players. So I really enjoy showing up.”

TOURNAMENT STANDARDS ON THE RISE

Soverel has outperformed everyone in the first five events and takes time to credit tournament players of today as better players than in the previous few years.

Here are all the winners from the final table today:

Here are the Top 10 challengers for the British Poker Open title, with the leaderboard showing Sam Soverel has a mammoth lead.