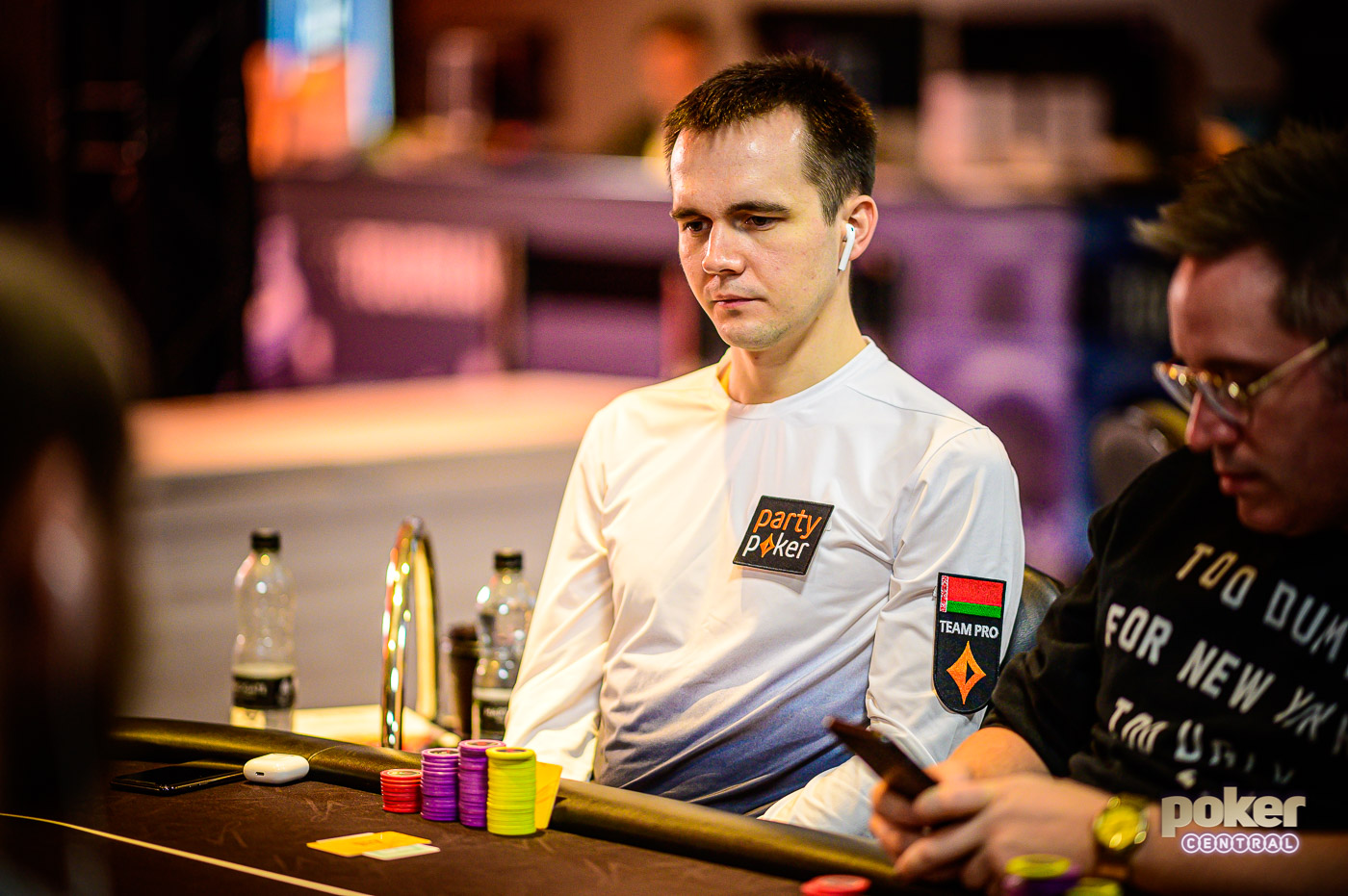 With roughly 75,000 in the middle and the board reading

, Mikita Badziakouski checked from the small blind, as did Patrik Antonius from the big blind.

Badziakouski used a time extension chip, and when his additional 60 seconds was about to expire, he called all in for roughly 150,000. Antonius folded.

for the wheel, and Badziakouski showed his

and then headed to the rail.