Jens Kyllonen Busts on the Bubble 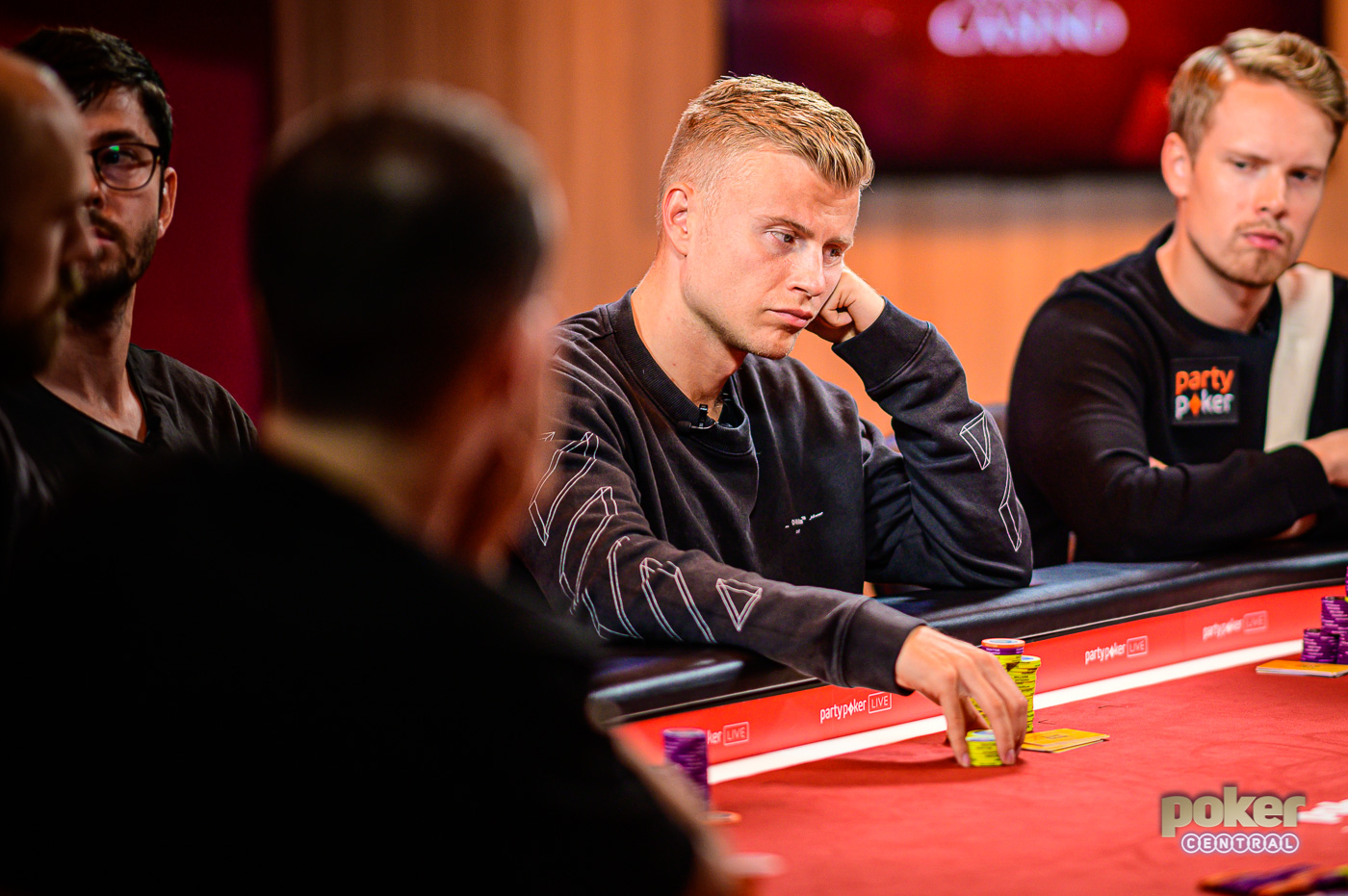 Jens Kyllonen is the unfortunate player to have left in sixth place, missing out on the money, after he held

and across the board of

saw Soverel river a straight to send him home.

The other Finnish player at the final table, Joni Jouhkimainen is now extremely short-stacked too.

Cochrane was all-in and at risk pre-flop with

against A board of

saw Gavin Cochrane double-up to 324,000 and Jouhkimainen take a massive hit to his hopes of a title here in London. 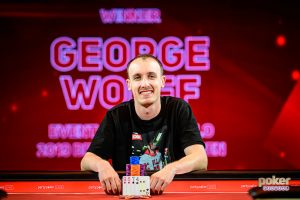 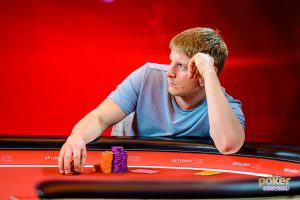 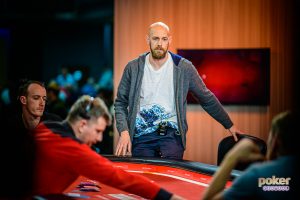 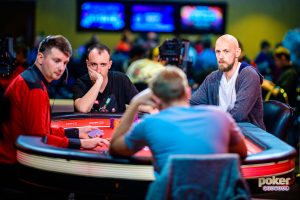 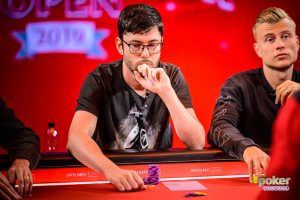 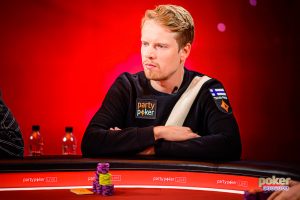 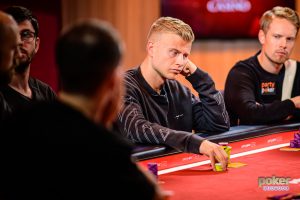 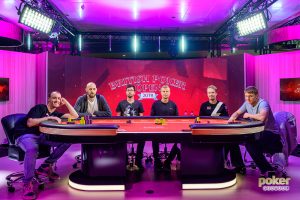 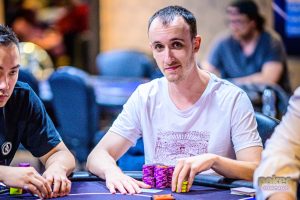