Early action was missed and the board read

The over-bet represented a substantial portion of both player’s stack and eventually, Chidwick threw in a chip for a call.

and Eibinger’s top pair was good. When the dust settled, Chidwick was well below starting and the Austrian was near another early British Poker Open lead.

Mikita Badziakouski raised to 3,000 on the button and Darren Elias called in the big blind.

on the turn. Elias checked, Badziakouski bet 2,500, and Elias folded.

Sam Greenwood Gets Aggressive from the Blinds

Mikita Badziakouski opened to 3,000 from the hijack before Ben Tollerene and Darren Elias called as the next two players to act.

Sam Greenwood was in the small blind and he three-bet to 17,000. The raise quickly shed Badziakouski and Tollerene, but Elias called to see the

Greenwood continued for 15,000 and Elias folded after a few seconds.

Stephen Chidwick raised to 2,500 in the cutoff and Christoph Vogelsang called on the button.

board checked through to the river where Chidwick bet 2,500. Vogelsang waited until the last second, and then announced a raise to 11,000. Chidwick called.

for aces-up, and Chidwick mucked.

Ben Tollerene raises to 3,000 on the button and Darren Elias three-bets the small blind to 14,000.

Sam Greenwood cold-calls in the big blind, and after Tollerene folds, the flop lands

Elias continues for 10,000 and Greenwood calls. The

on the turn and river check through, and Elias tables his

for runner-runner trips and Greenwood mucks. 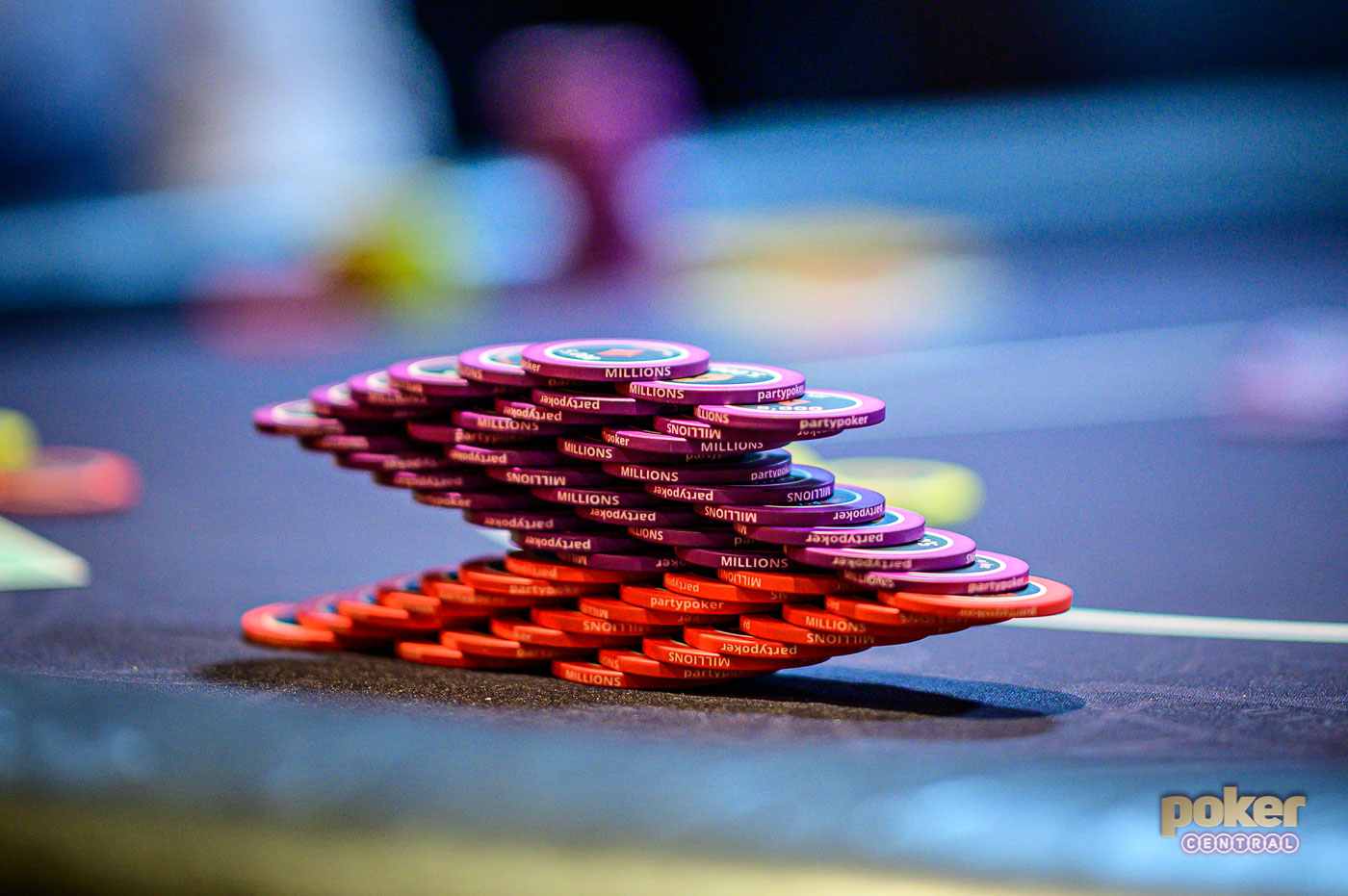 Welcome back to the Aspers Casino in Stratford, London, for the final event of the British Poker Open with Event #10 £100,000 NLH. 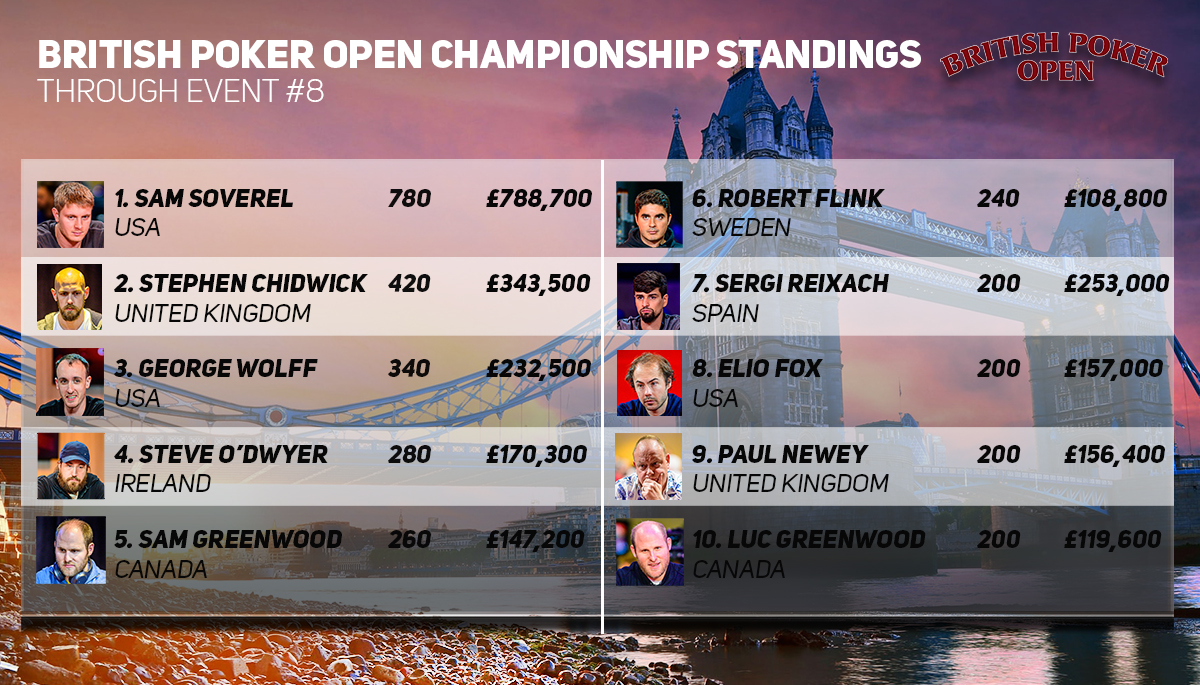 With Event #10 taking center stage at 12 p.m. local time, it will see players begin with 200,000 in starting chips and levels will be 30-minutes in duration with a 10-minute break every three levels. Registration will be open through the first nine levels and players have the option for two re-entries.

While the Poker Central Live Reporting team handles the floor, PokerGO is your home for BPO final table live streams. Exclusive coverage continues with today’s Event #10 £100,000 NLH and a complete streaming schedule can be found here.