Stephen Chidwick moved all in for 93,000 from the hijack and Cary Katz isolated with a shove from the button.

and Chidwick collected the double.

Mikita Badziakouski raised to 21,000 under the gun and Matthias Eibinger shoved all in next to act for 148,000. Stephen Chidwick shoved his button for 216,000, and after the blinds folded, Badziakouski showed his

and Eibinger secured the double.

Cary Katz limped from under the gun and Matthias Eibinger raised to 21,000 from the cutoff.

Stephen Chidwick called in the small blind and after Christoph Vogelsang folded his big, Katz shoved.

Eibinger said a few things to himself before looking up to evaluate the situation in front of him. Eventually, he also shoved and Chidwick quickly folded.

It was a flip for Katz’s tournament life, as he held

The flop went Katz’s way and the board ran out

to secure the double.

Christoph Vogelsang raised to 20,000 from under the gun and Stephen Chidwick called in the big blind.

to see Chidwick improve to the nut straight, and when the river landed the 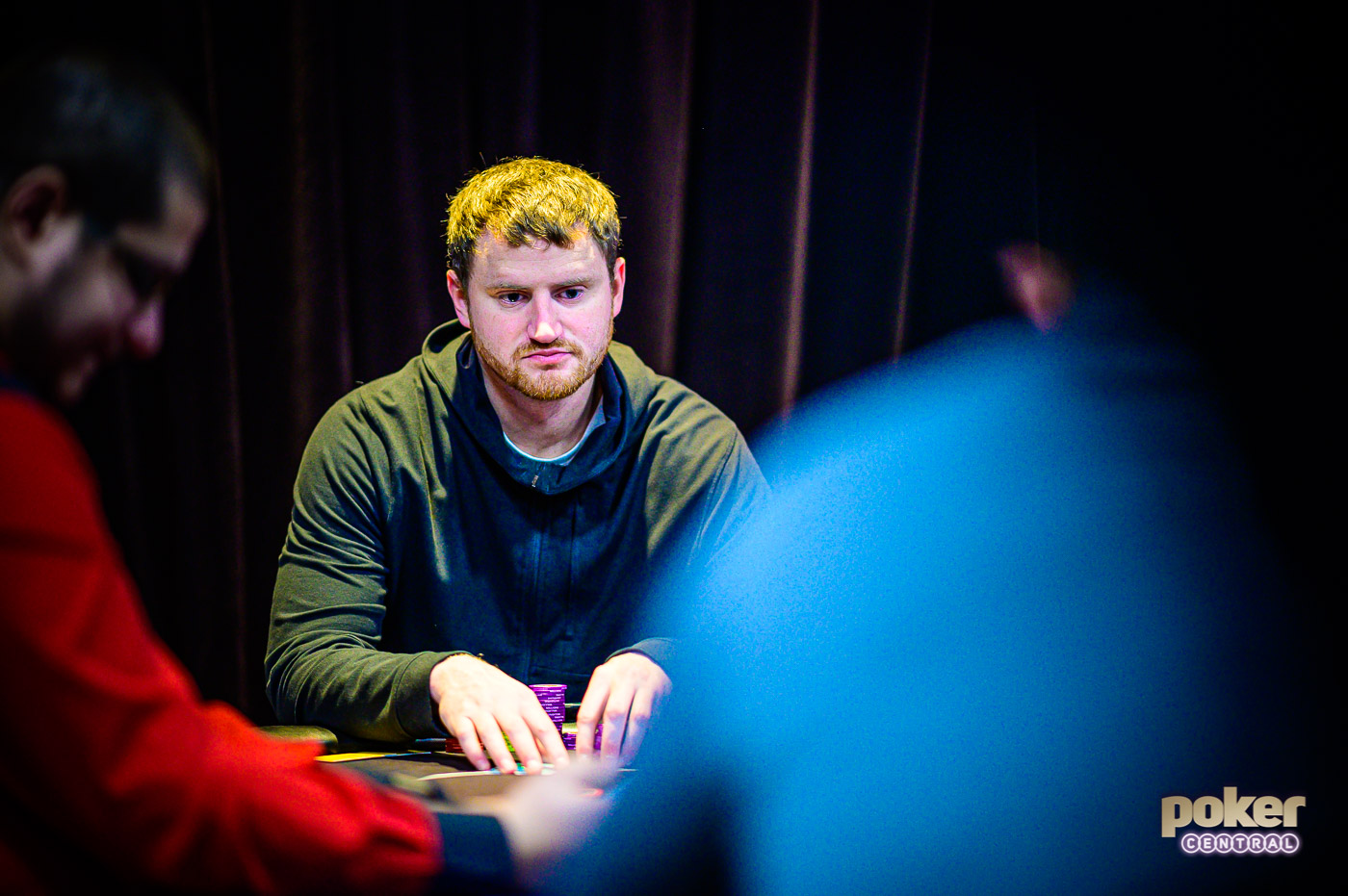 Christoph Vogelsang raised to 16,000 from the hijack and David Peters committed his remaining 18,000 on the button.

Matthias Eibinger called from the big blind, and Vogelsang called the additional 2,000 as the flop landed

Eibinger led out for 16,000 and Vogelsang called before the

checked through on the turn and river.

to take the side pot against Vogelsang’s

, and when Peters showed his

, he was eliminated in seventh place.

David Peters called all in for 5,000 from the small blind against Mikita Badziakouski in the big blind.

and Peters’ jack-high scored him a double.

Cary Katz shoved in back-to-back hands and got a much needed double in the second.

Action started with David Peters opening to 16,000 from under the gun and Ben Tollerene calling in the cutoff. Cary Katz also called in the big and all three players checked the

came on the turn and Katz shoved for 69,000. Peters and Tollerene quickly folded.

In the very next hand, Katz completed and Peters checked to see a

flop from the blinds. Katz bet 19,000 and Peters called to see the

Katz (again) shoved the turn and Peters snap-called. The quick call made Katz think he was beat, but Peters’

was in trouble – Katz had slow played

completed the board and the double, while dropping David Peters to 5,000 chips.

Stephen Chidwick limped the small blind and Christoph Vogelsang checked his option in the big blind.

and Chidwick led out for 16,000 and Vogelsang called.

and Chidwick bet 35,000. Vogelsang called and the river landed the