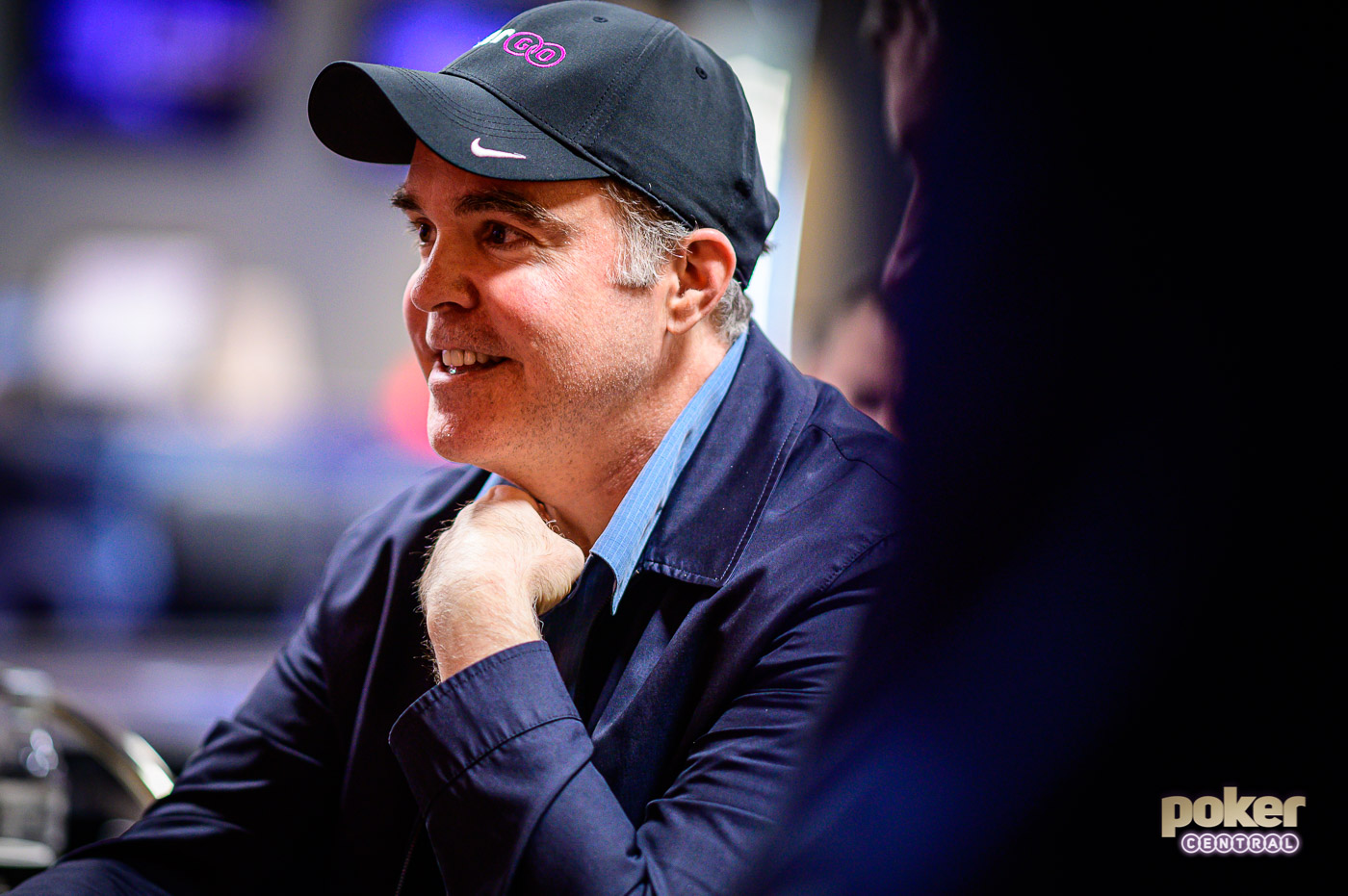 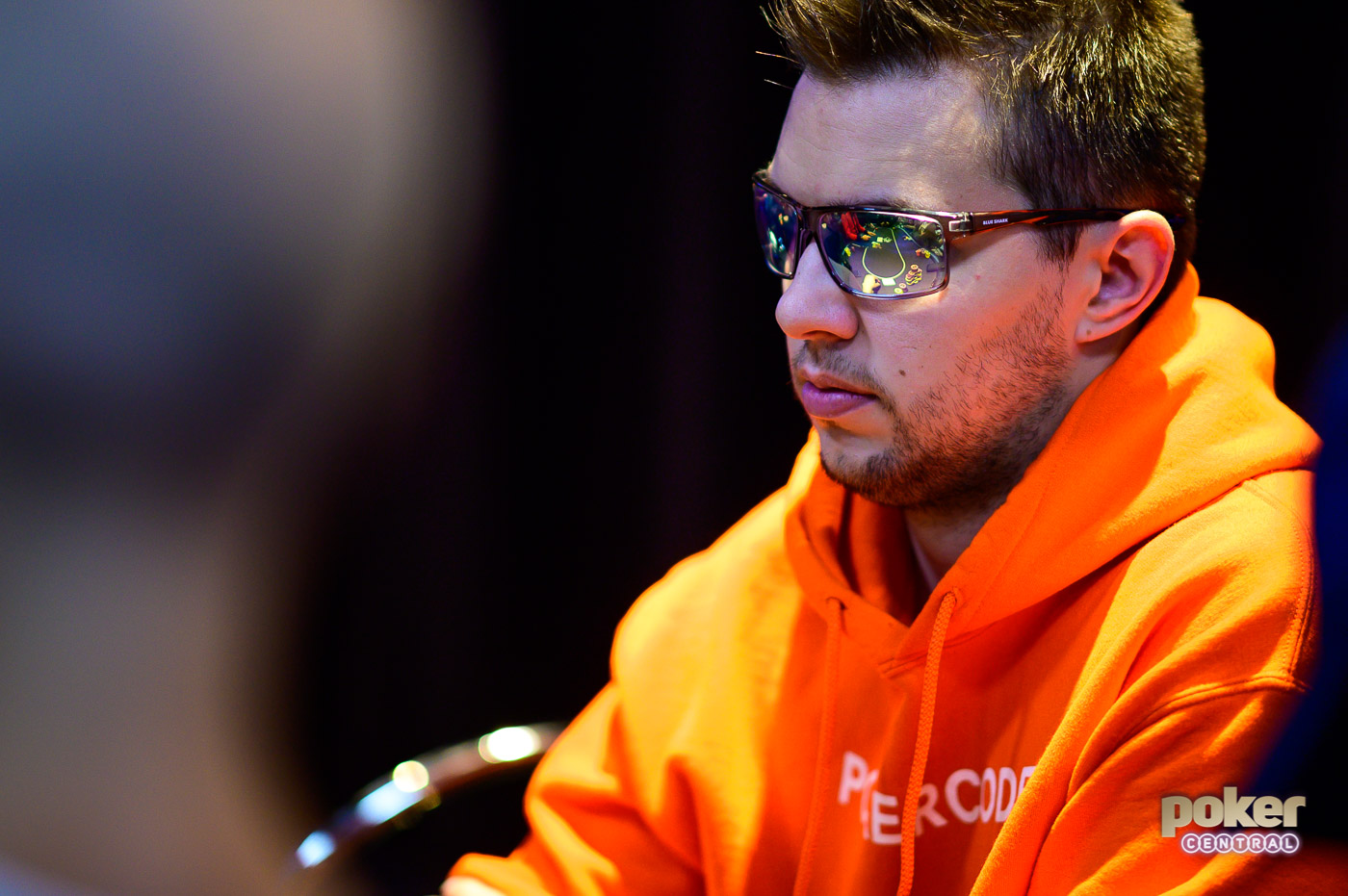 The table folded to Mikita Badziakouski and he moved all-in from the small blind. Short stack Matthias Eibinger was in the big blind and after taking a quick inventory of his chips he called.

and Badziakouski needed to hold with

“Unbeatable Mikita” stayed true to form, scoring the elimination on the

The elimination marks the end of Day 1. The remaining four players will return Thursday to play down to a £100,000 winner and a recap will be posted shortly. 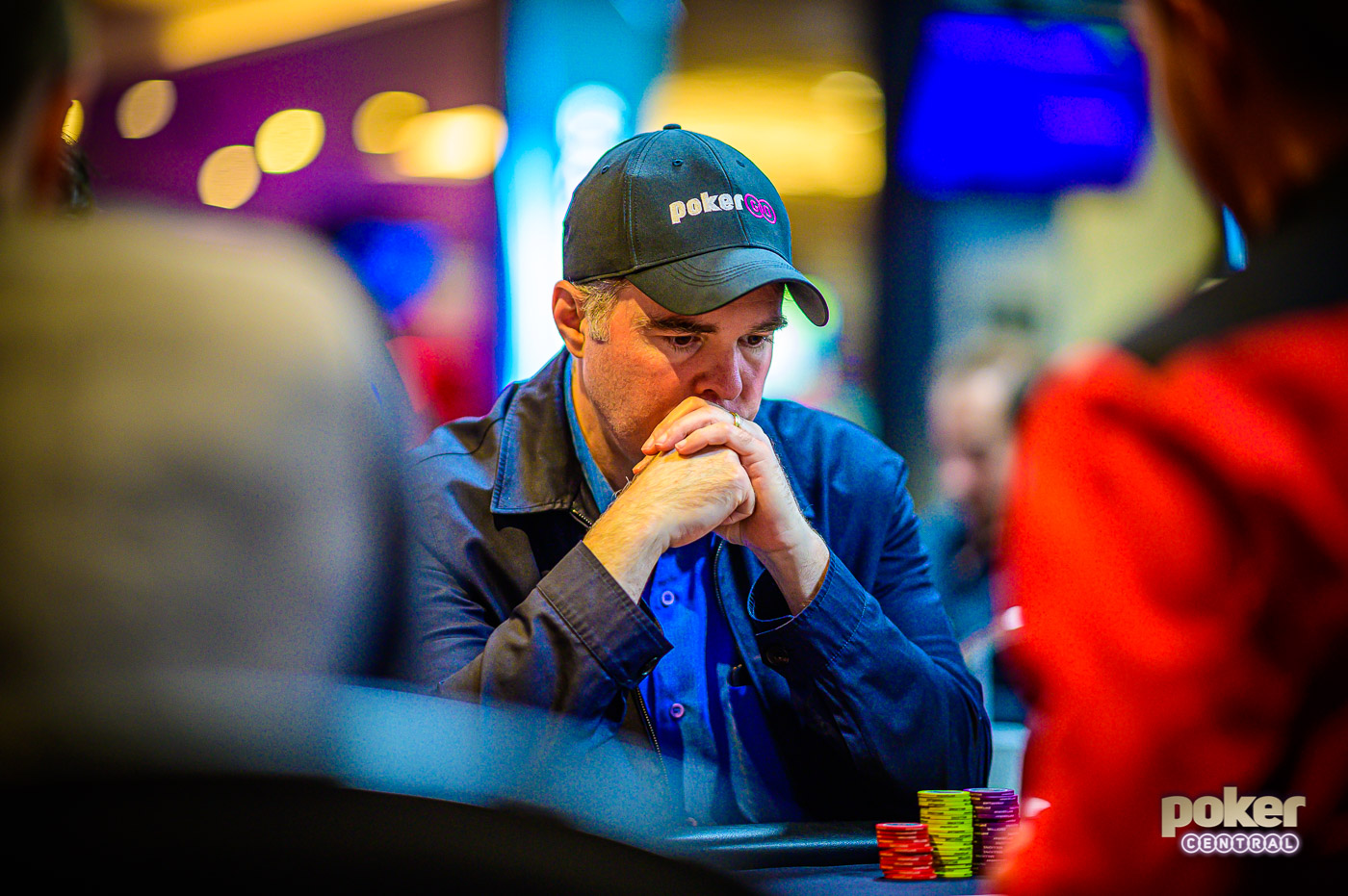 Mikita Badziakouski opened to 36,000 from the hijack and Ben Tollerene called on the button. Cary Katz came along from the big blind and then checked the

Badziakouski checked as well and Tollerene bet 35,000. Katz called and the Belarusian briefly thought before he folded.

came on the turn and after Katz checked, Tollerene shoved.

Katz was covered and he used two time banks before deciding what to do with his final 246,000.

Just before he needed to use a third, he flung a chip into the middle for a call.

paired and Katz secured the double to take the chip lead. 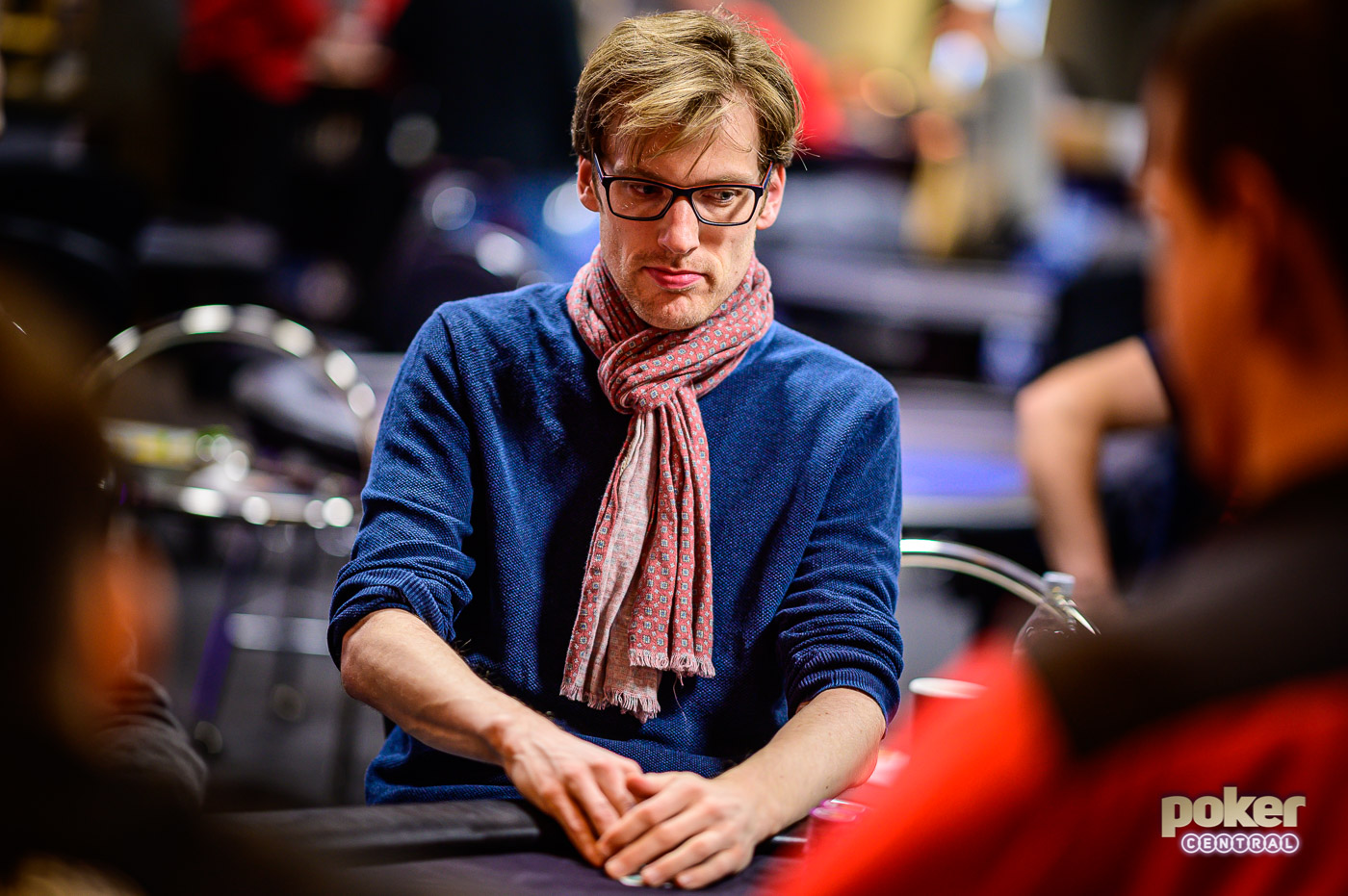 Cary Katz raised to 32,000 from under the gun and both Ben Tollerene and Christoph Vogelsang called in the blinds.

Tollerene checked and Vogelsang bet out 60,000. Katz responded by sliding forward a stack of chips amounting to a raise of 150,000.

on the river went check, check, and Vogelsang announced a flush and tabled his

Ben Tollerene opened to 32,000 from under the gun and Matthias Eibinger called in the big blind.

The chip leader called and while he was ahead – with

for a flush draw.

limited Eibinger’s outs, but his flush came in on the river. The

completed the board and kept the Event #10 final table five-handed.

Matthias Eibinger raised to 32,000 from under the gun and Mikita Badziakouski called in the big blind.

and Badziakouski check-called a bet of 25,000 as the turn landed the

Badziakouski checked and Eibinger announced a bet of 92,000. Badziakouski called, and when the river landed the

for two pair, and Eibinger released.