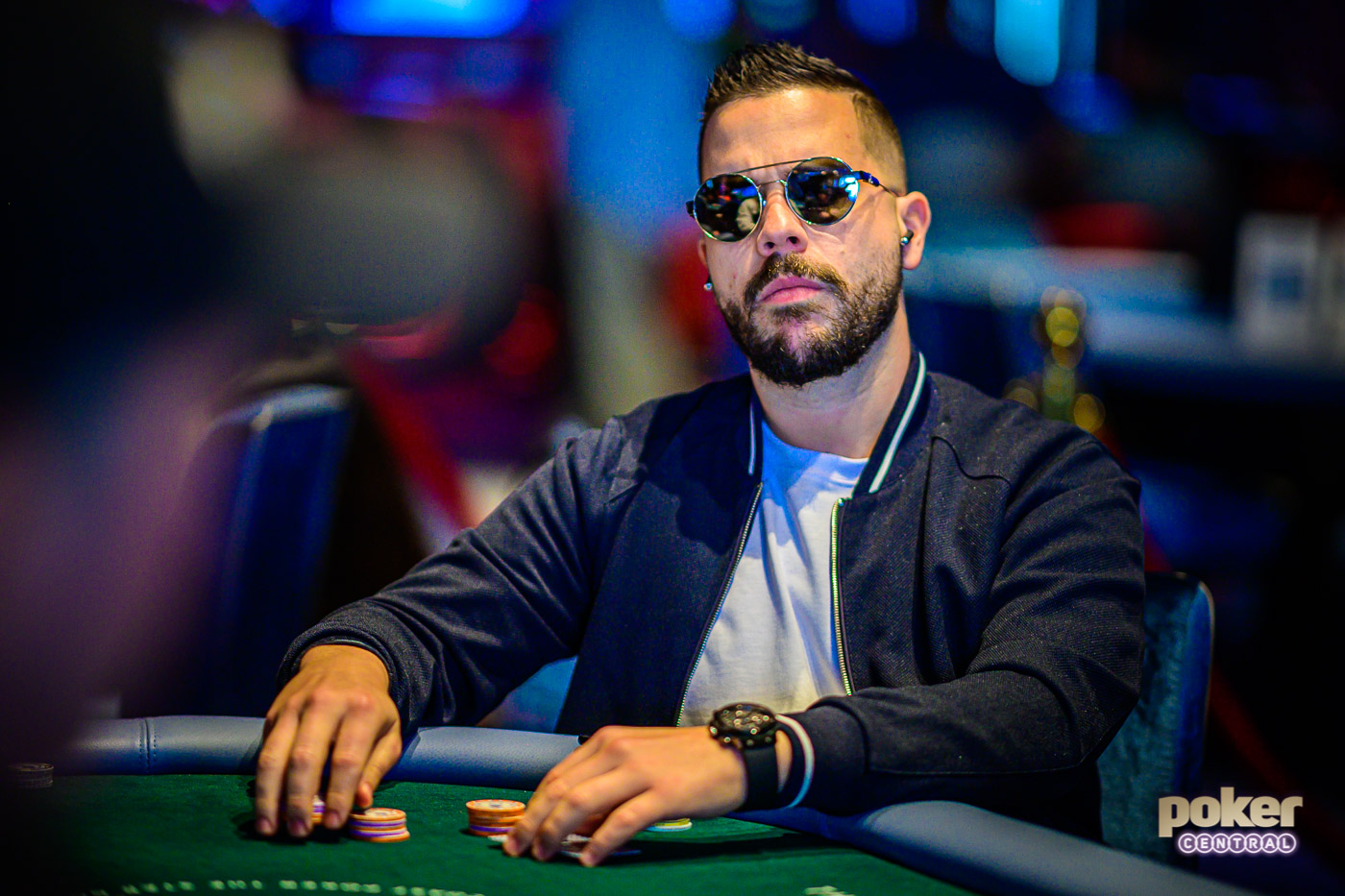 Farid Jattin raised to 14,000 in middle position and Ben Lamb three-bet to 47,000 from the button. Jattin responded by shoving all in for roughly 275,000, and Lamb immediately called.

and Jattin was eliminated. 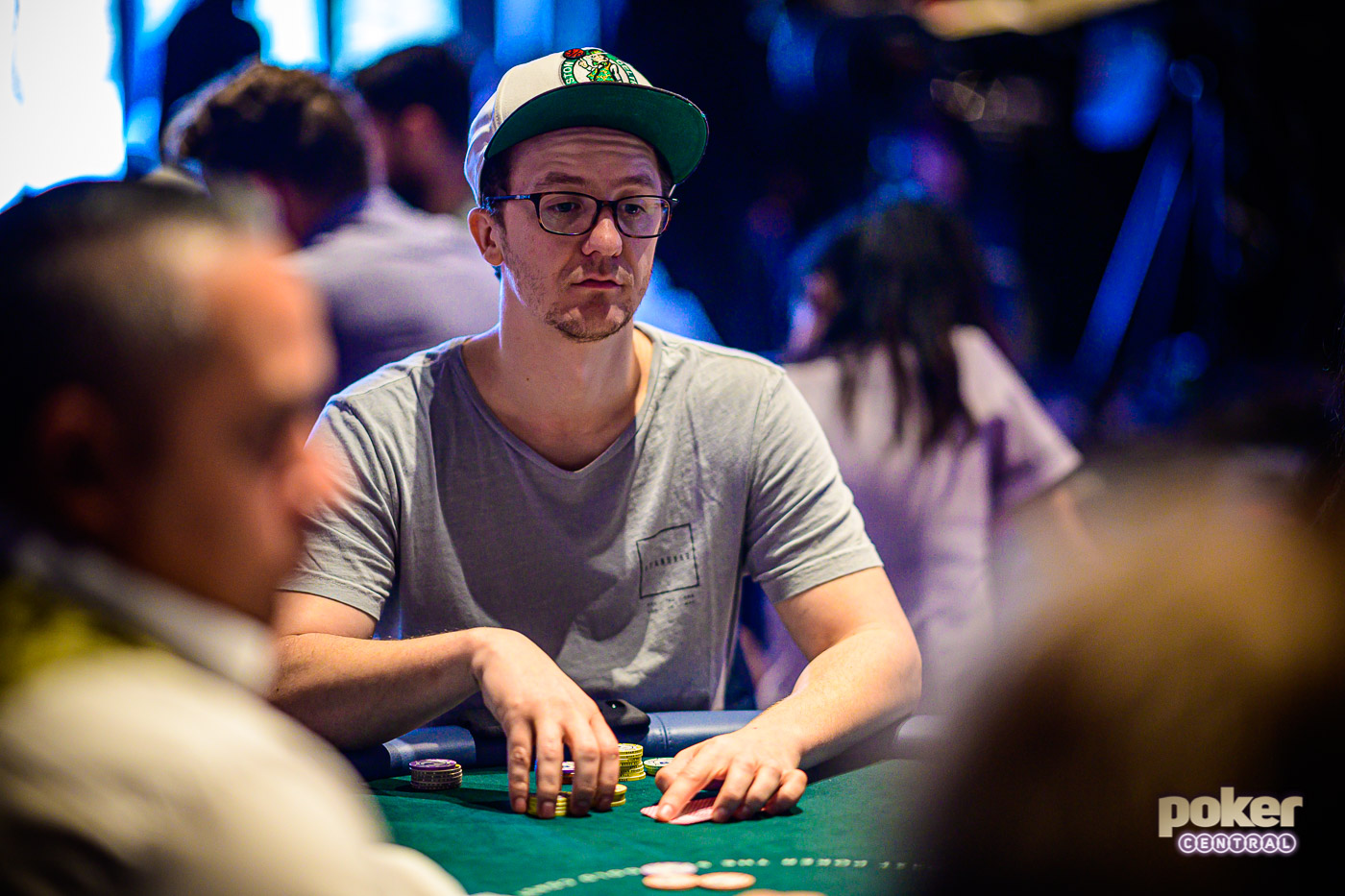 Kahle Burns was all in from the hijack for the main pot total of 10,000 against Chino Rheem in the cutoff, and Timothy Adams in the big blind.

board checked through to the river where Adams bet 8,000 into the side pot, and Rheem folded.

for a straight, and Burns showed his

for two pair before being eliminated from Event #3.

Seth Davies committed the last of his chips in preflop holding

and found himself behind to Chino Rheem’s

No help would come for Davies as the board ran out

bringing his day to an end. 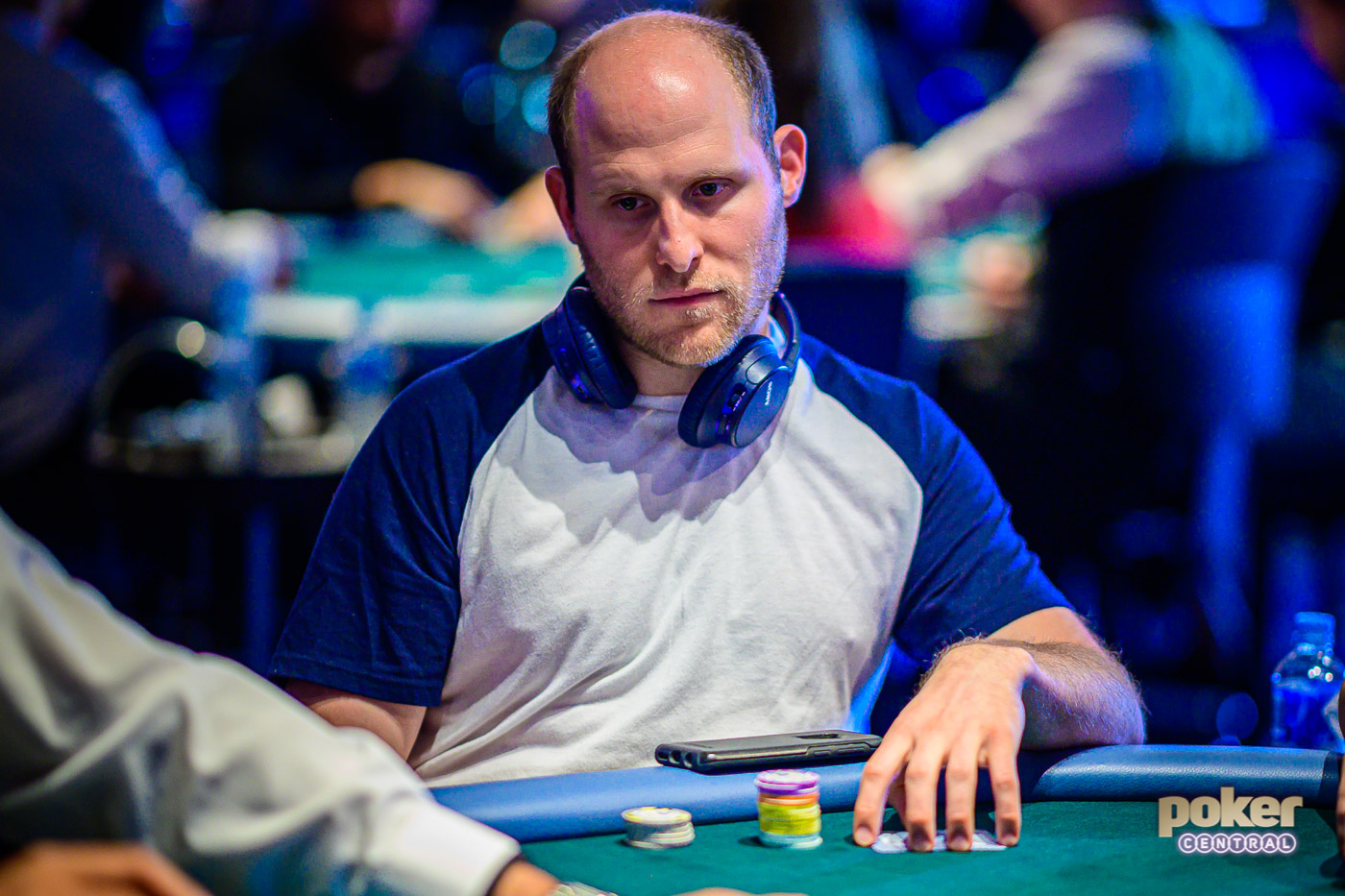 Luc Greenwood shoved his last 64,000 from the small blind and Farid Jattin called from the big blind.

and Greenwood was eliminated.

The action folded around to Elio Fox on the button who moved all in for 30,000. Ben Lamb called from the big blind.

, improving Fox to a higher two pair on the flop, keeping him alive in the tournament.

Aaron Van Blarcum raised to 12,000 from the button and was called by Qiang Fu and Kristen Bicknell in the blinds.

and the action checked to Van Blarcum who continued for 15,000. Fu check-raised to 35,000. Bicknell folded. Van Blarcum called.

The turn dropped the

Fu had turned a flush and had the lead against Van Blarcum who was drawing to the nut flush.

on the river changed nothing and Fu was awarded the pot. 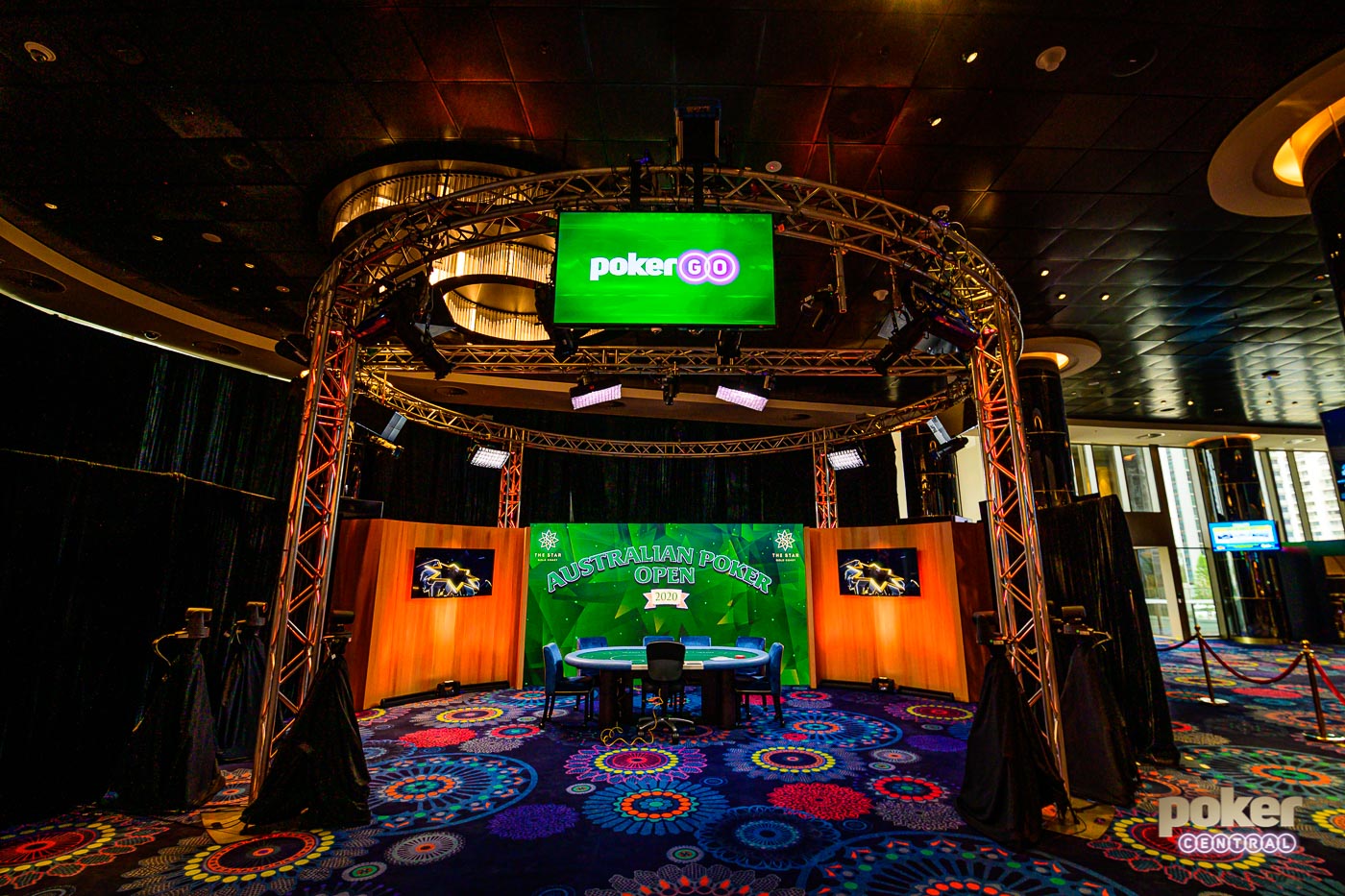 With 49 total entries in this event, a prize pool of AU$1,225,000 has been created that will see the top seven places paid. 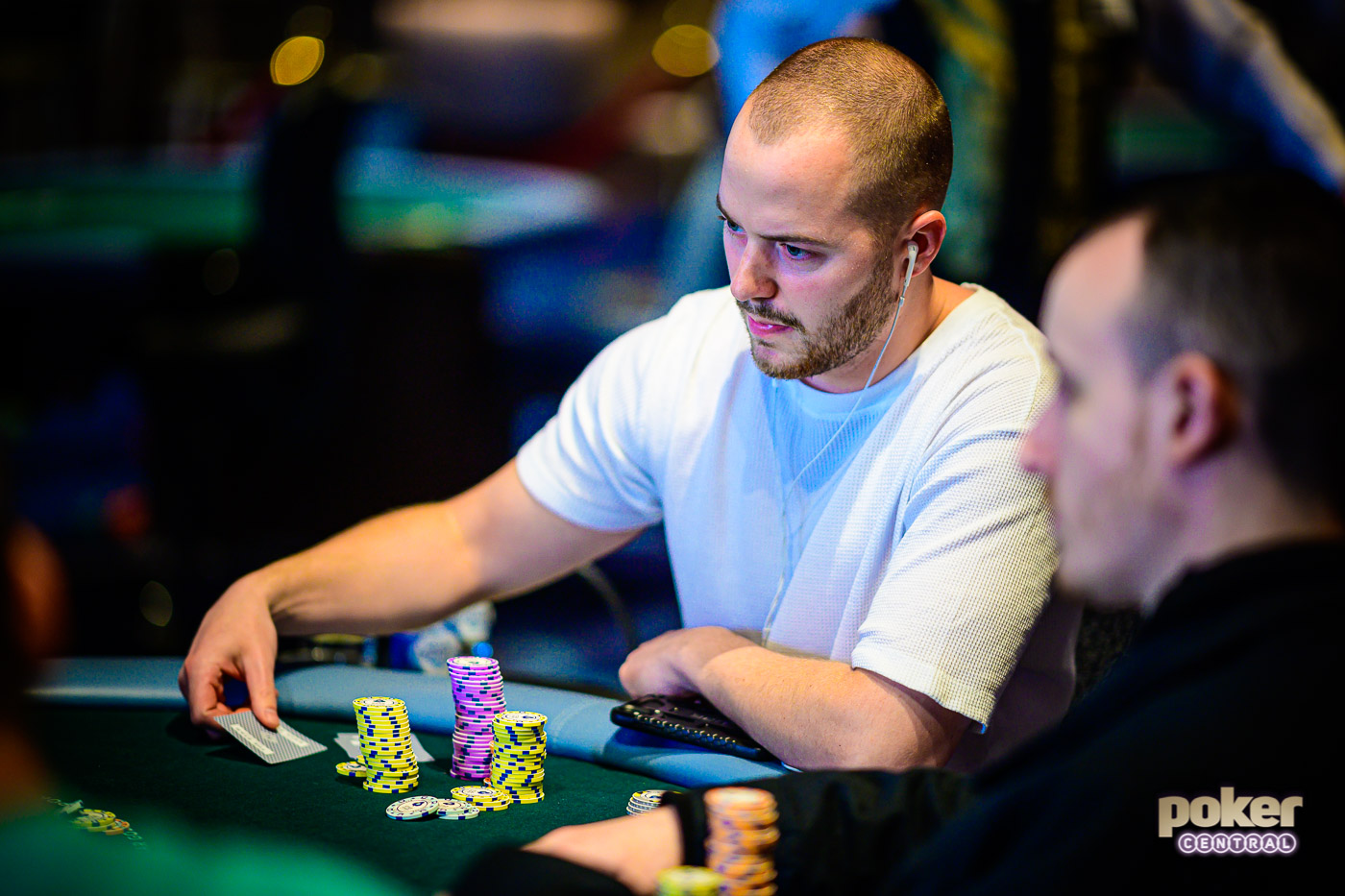 Sosia Jiang raised to 10,000 from the cutoff and Orpen Kisacikoglu called on the button. From the small blind, Sean Winter raised to 70,000.

Jiang folded, but Kisacikoglu announced he was all in and Winter called for his final 11,000.

and Winter was eliminated.

Both players then checked after the

for a pair of queens. Adams flipped over

and took down the pot with the higher pair.