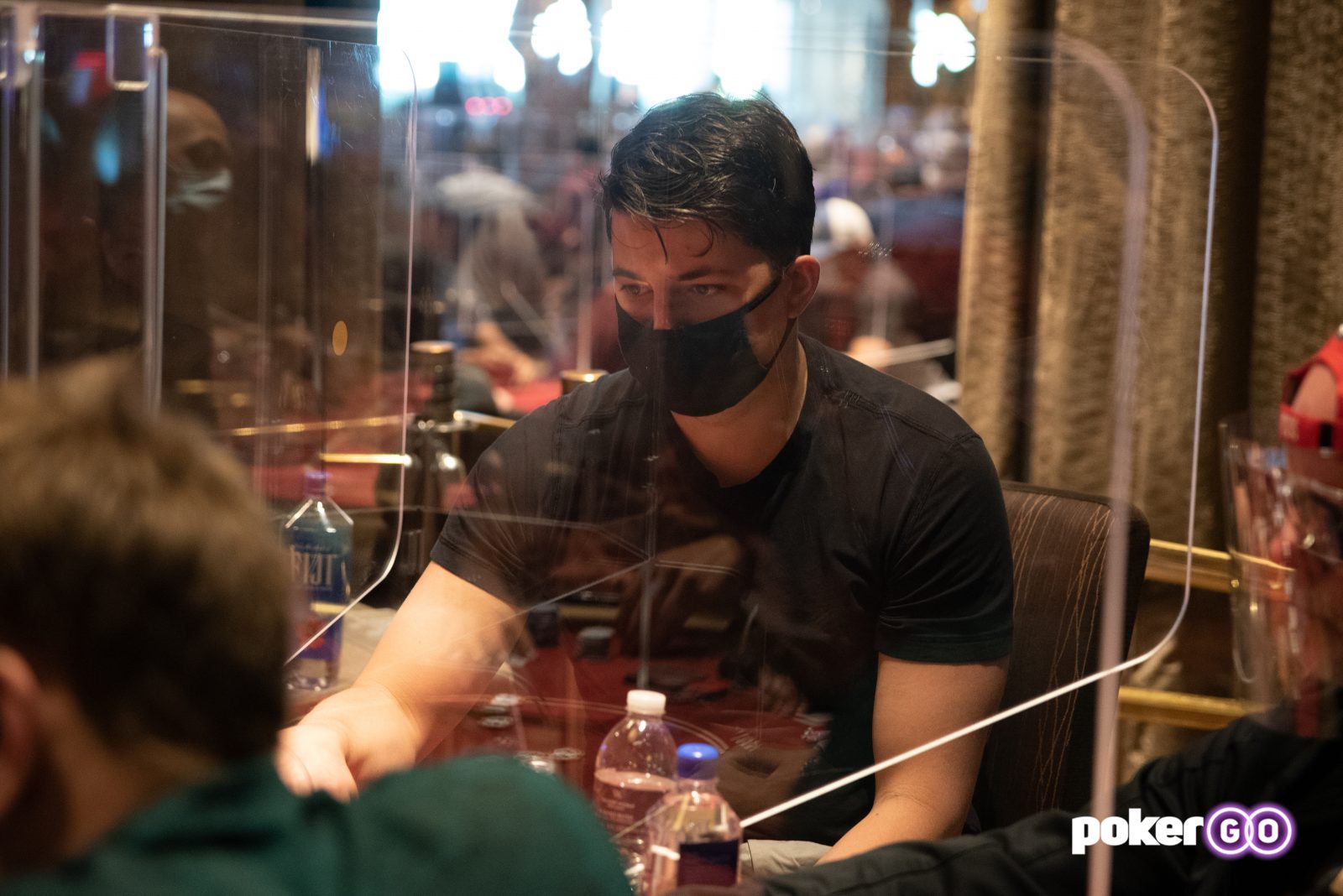 Jake Schindler went from one of the short stacks when the final table began to steamrolling his way to winning ARIA High Roller Event #18: $25,000 No-Limit Hold’em for $310,500. Schindler’s biggest hand of the final table occurred when his pocket aces bested the king-ten of Daniel Negreanu and the ace-four of Johan Guilbert to secure the double knockout.

Schindler started the final table seventh in chips but found an early double when his jack-ten suited cracked the pocket kings of Ali Imsirovic and never looked back, eliminating four of the final eight players.

Event #18 saw a field of 27 entrants for a total prize pool of $675,000. Notable High Roller regulars Seth Davies, Stephen Chidwick, and Sean Perry were all eliminated before the money bubble burst when Chris Brewer ran his ace-queen in the pocket fours of Eric Worre.

Joining Schindler and Imsirovic at the final table were Worre, Negreanu, Guilbert, Brewer, Sam Soverel, and Sean Winter. Winter was the first fall when his ace-five ran into the ace-queen of Schindler.

Soverel was next to go when his flopped set of tens ran into a flopped set of jacks for Negreanu. Imsirovic followed shortly thereafter in sixth place when the ace-king of Worre cracked his pocket queens.

Third times a charm for Schindler as he had previously finished in eighth place during Event #15 and sixth place in Event #17 earlier in the week. The win moves Schindler just shy of $26 million in career earnings placing him in 17th all-time, just behind Issac Haxton and Antonio Esfandiari. 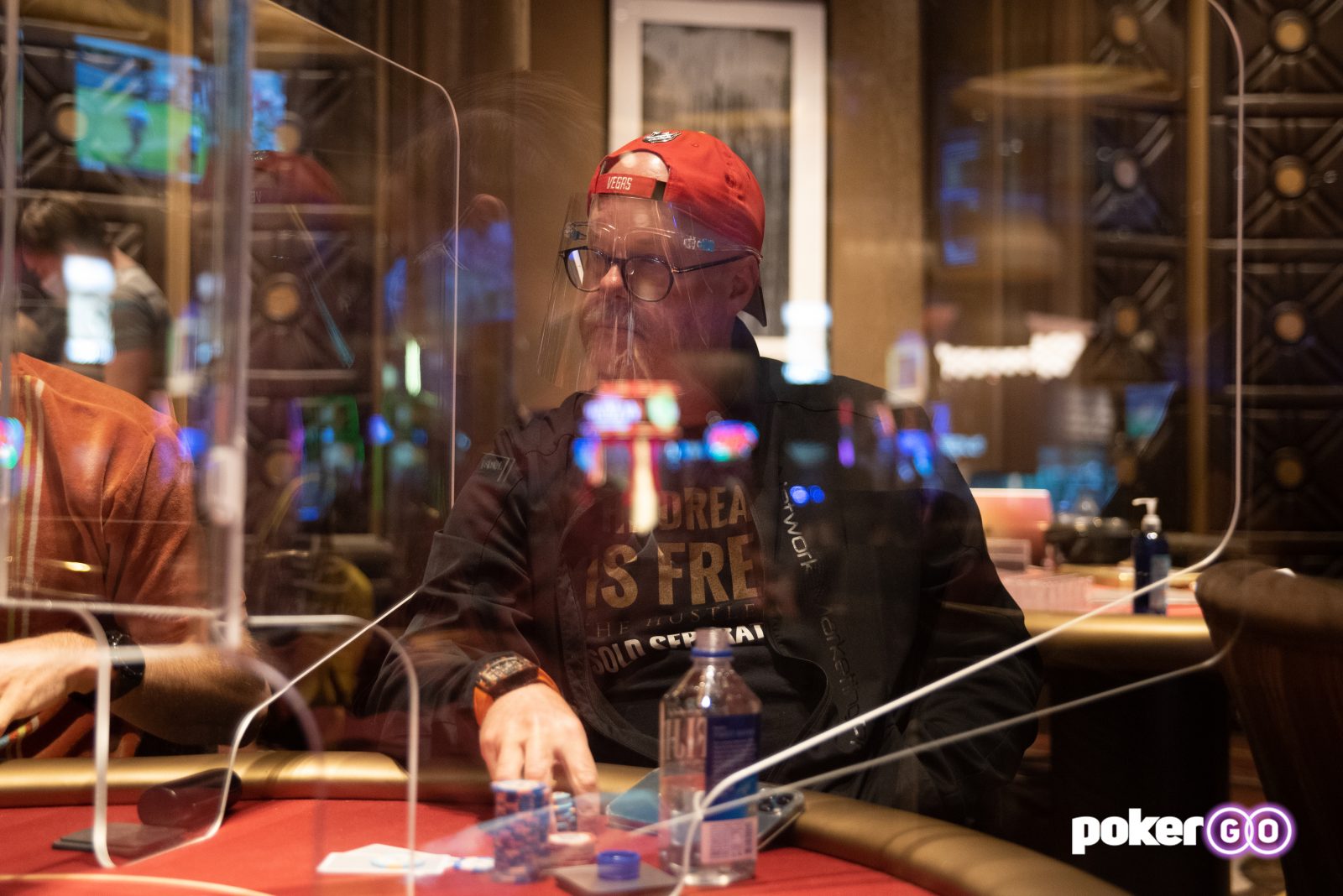 On the first hand of the new level, Eric Worre opened the button to 80,000, and Jake Schindler made the call from the big blind.

The dealer burned and turned the 4d], and when the river fell, the 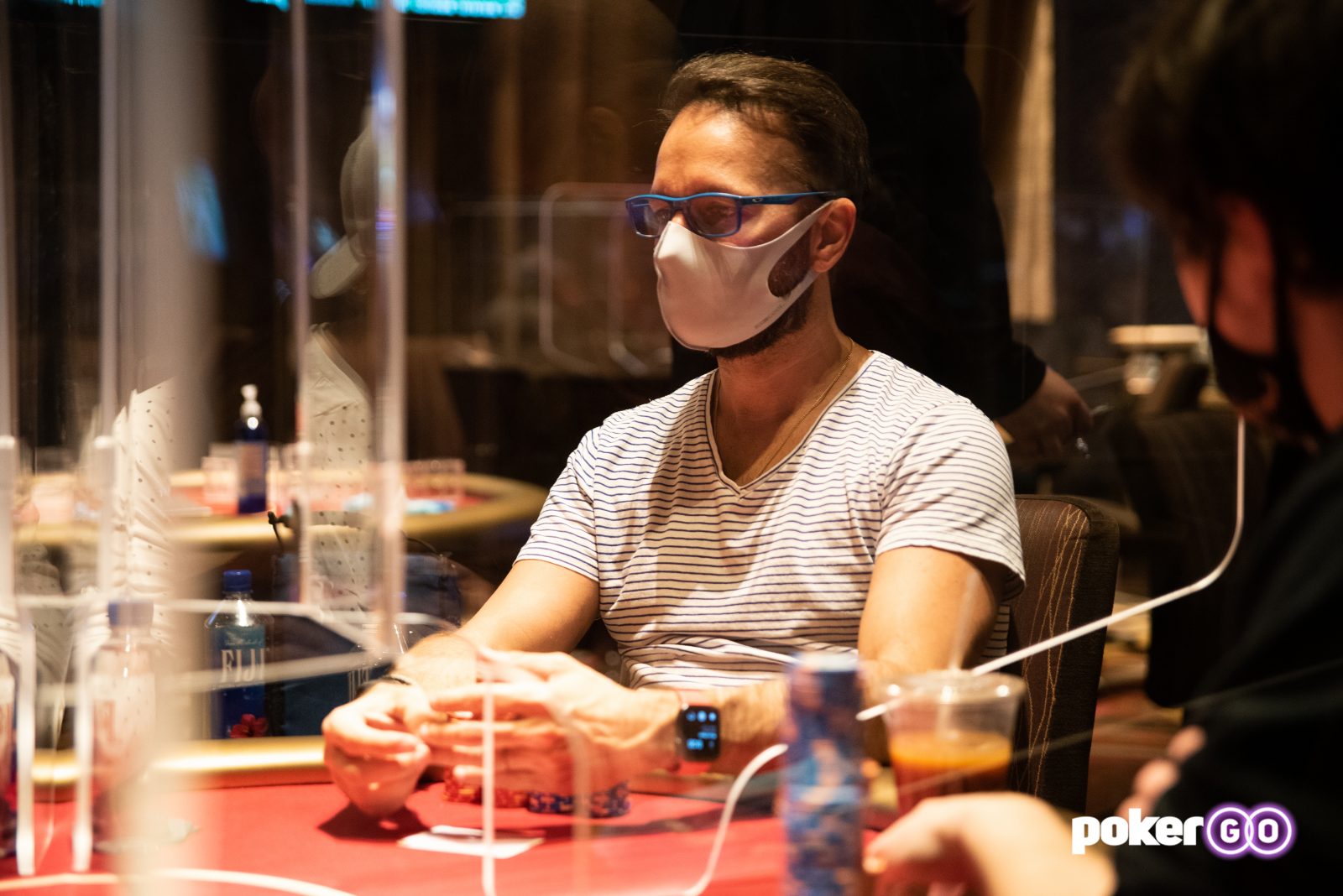 Folded to Jake Schindler on the button, and he opened to 60,000. Daniel Negreanu was next to act in the small blind, and he called.

Johan Guilbert was in the big blind and moved all-in for 260,000 total. Schindler and Negreanu made the call.

Guilbert was at risk of elimination for the main pot of 780,000, while Schindler and Negreanu went heads up.

flop that included two diamonds, and Negreanu checked to Schindler, who fired for 135,000.

Everyone had a piece of the board with Schindler’s aces in the lead and looking for the double knockout.

on the turn, and when the river fell, the

Negreanu was eliminated in third place for $108,000 as he started the hand with more chips than Guilbert, who finished in fourth place for $67,500.

Eric Worre opened to 60,000 from under the gun, and Jake Schindler called on the button.

Daniel Negreanu was next to act in the small blind and moved all-in for 420,000 total.

, and Negreanu made a set of sevens on the turn to double.

Action folded to Johan Guilbert on the button and he moved all-in for his last 130,000.

Eric Worre folded his small blind before Jake Schindler called out of the big blind.

as Guilbert flopped a pair of sixes to take the lead.

Daniel Negreanu opened to 40,000 from early position and action folded to Jake Schindler in the big blind who called.

on the flop, and Schindler checked to Negreanu, who fired for 40,000. Schindler called.

completed the board, and Schindler checked a third time. Negreanu fired the third barrel, this time for 200,000.

Schindler used most of his shot clock before calling. Negreanu tabled

for a missed straight draw, and Schindler tabled

to collect the pot. 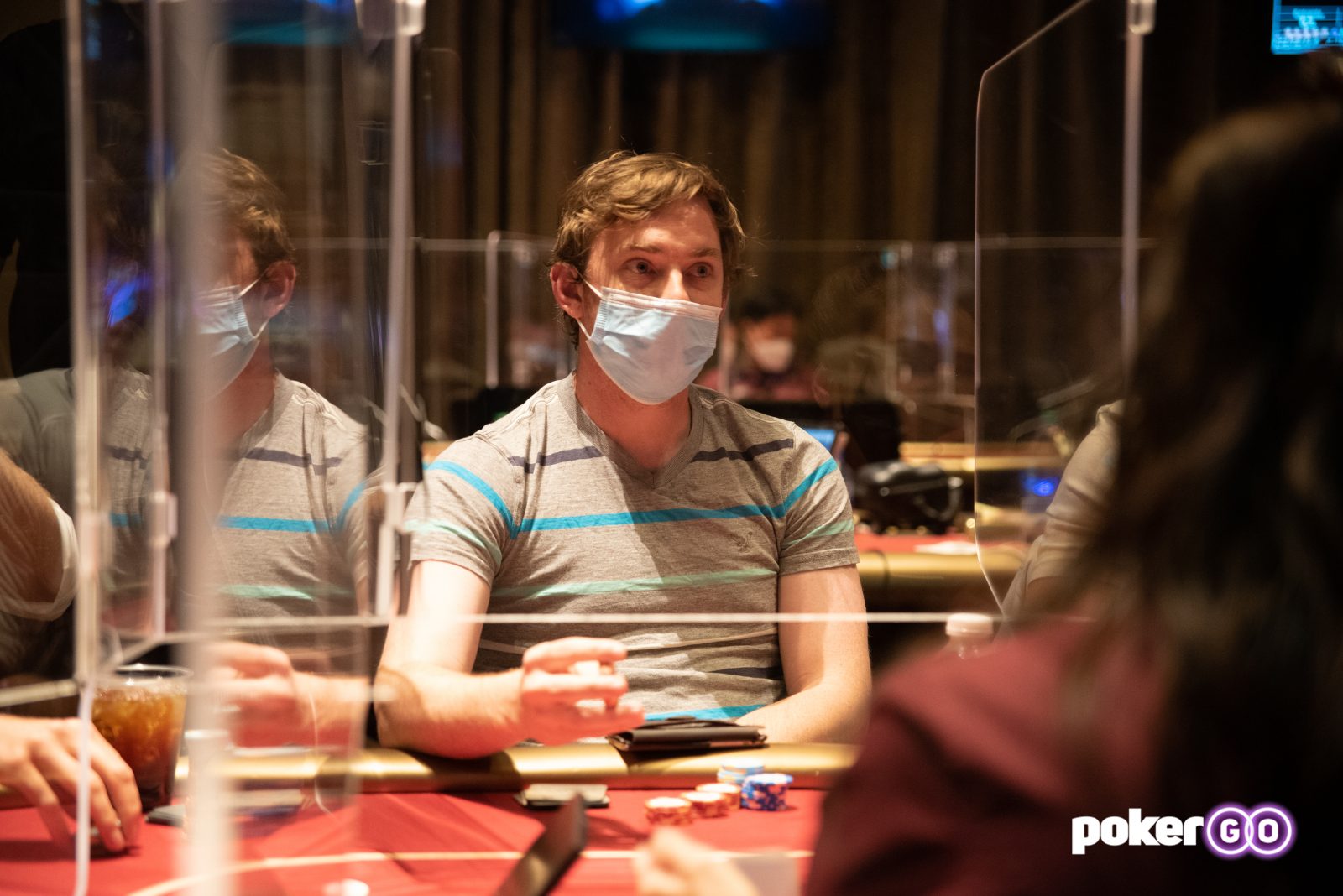 Action folded to Chris Brewer in the small blind, and he made it 60,000.

Eric Worre was next to act in the big blind, and he moved all-in, having Brewer covered. Brewer snap-called.

The dealer spread a flop of

, giving Worre a set of fours against Brewer’s wheel draw.

fell on the turn, and the

hit the felt on the river to complete the board, eliminating Brewer in fifth place. 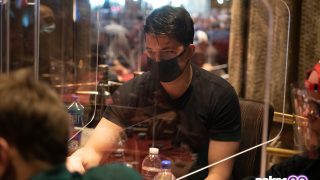 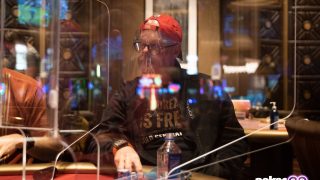 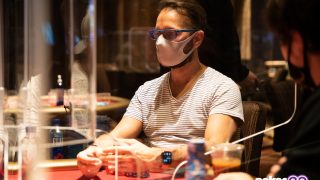 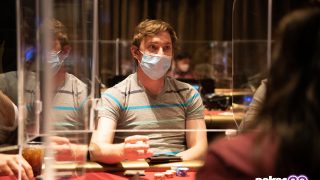 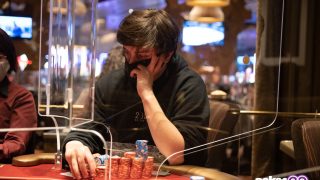 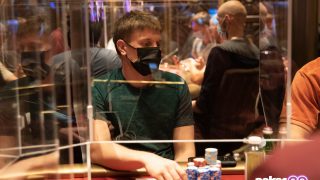 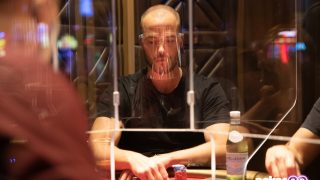 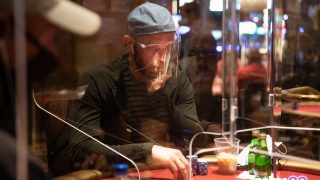 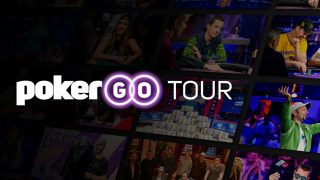 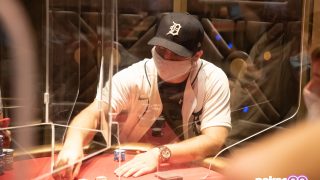 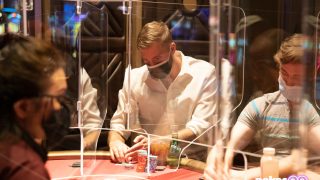 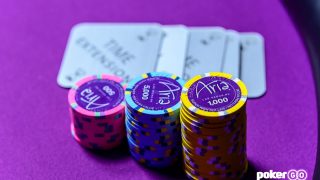