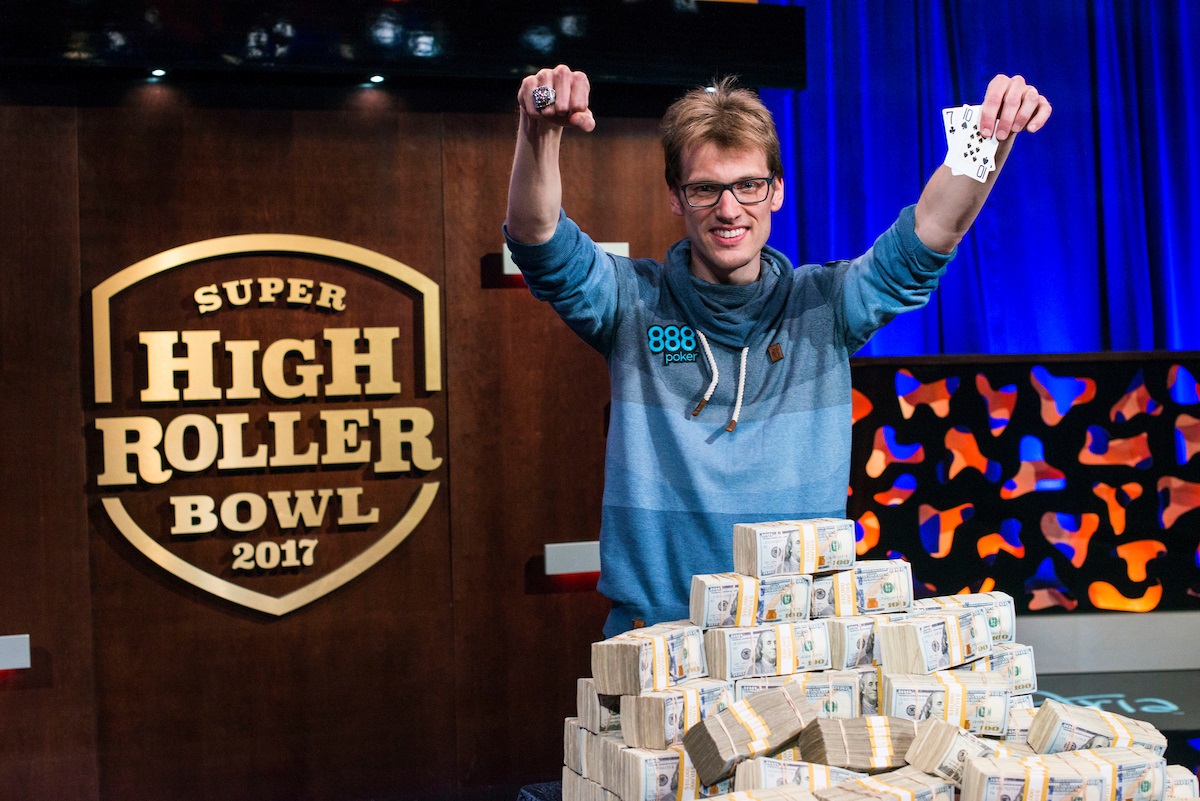 “I’m just happy and it came unexpectedly, because I didn’t have a lot of chips and was up against a really good player,” Vogelsang said. “It’s great, I feel good. It’s such a great tournament – it’s got the best structure ever and the ARIA is doing such an amazing job and I hope I can play here again.”

Schindler carried a massive chip lead to the final table with 10.6 million, Vogelsang 5.2 million, and Schillhabel with 885,000.

“I kind of thought ahead to heads-up play, last night I looked at the odds of making heads-up and I thought I was only 15% to not make it,” he said. “At the beginning, I had to play a little more passive because of the pay jumps. It’s difficult to say how I played because I don’t know all the cards Jake had. I feel like I got quite lucky in the big pots and he won more of the small pots.”

Schillhabel’s day didn’t last long. Less than an hour before, he went all in preflop holding ace jack and Vogelsang calling while holding pocket queens. Schillhabel hit a jack on the flop, blanked the turn and river, and Vogelsang’s queens won the hand.

“It feels great [to win], the bigger the tournament, the more shares and swaps you have with friends,” he added. “So it’s fun to win together rather than on your own. I’m happy to celebrate that with my friends. It’s nice to have won a tournament – I always said before I’m really happy to play poker even if I never win a tournament. It’s not predictable – you’re just trying to make money.”

Bereft of time extensions, Vogelsang had 30 seconds to make a decision. With less than ten seconds remaining, Vogelsang called with two pair of ten seven of spades. Subsequently, Schindler turned his missed flush draw into a bluff, only holding jack-eight of hearts.

The rest is history – Vogelsang won the hand and the tournament.

The chips went back and forth all day, but it all came down to this. Re-watch the entire #SHRBowl on @PokerGO! pic.twitter.com/l9zY6Q4G29 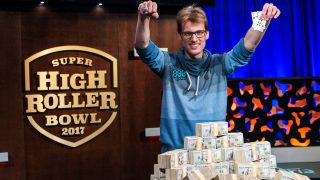