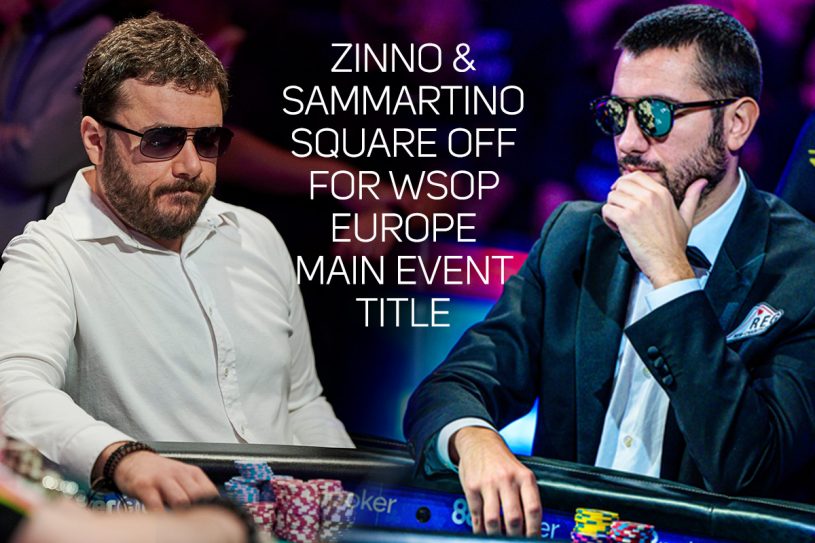 Catch all the final table action live on PokerGO starting at 10 am ET on Thursday morning as the eventual winner takes home the elusive gold bracelet as well as the €1,133,678 top prize.

The penultimate day of one of the most prestigious events of the year started with 16 players lead by Sammartino ahead of David ‘ODB’ Baker. ODB had an awful day, doubling up Julien Martini with eights against -ace-queen before busting in 12th place with jacks against ace-queen.

Other notables that fell just short of the final table included WSOP bracelet winner Jan-Peter Jachtmann who ran jacks into the kings of Anh Do to bust in 11th place.

Julien Martini, a WSOP bracelet winner in his own right, was the last player to get knocked out to end the day. Martini ran pocket queens into the aces of Anthony Zinno to create the following final table line up for tomorrow’s PokerGO stream.

2019 World Series of Poker Player of the Year Race

With their final table appearances, Zinno and Sammartino also keep their dreams alive of winning the WSOP Player of the Year race. Albeit the chances are small, Zinno and Sammartino could climb up to 3945.21 and 3827.27 points respectively with a win which is just a little short of Daniel Negreanu’s current total of 3971.54.

The final event of the 2019 World Series of Poker is the Colossus which will generate a minimum of 52 points of a min-cash based on the total entrants in last year’s event. This event could generate up to 1,045 points and making the final table could secure 261 points. Stay tuned to Poker Central for more coverage on the WSOP Player of the Year race.