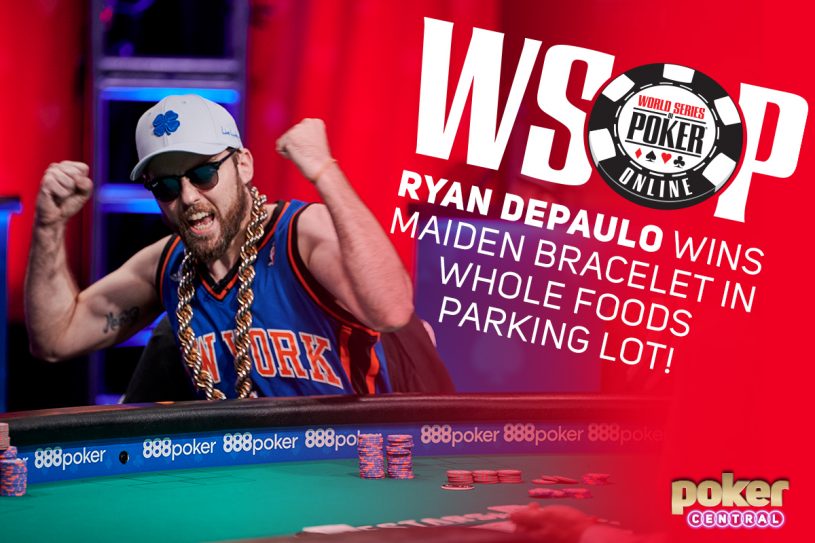 Afanasenka held a two-to-one chip lead entering heads-up play with Kornuth who at one stage was left with less than an ante. Kornuth grabbed the chip lead off Afanasenka before bluffing with ten-high before the final hand saw Kornuth all-in holding king-six against Afanasenka’s pair of threes. Kornuth flopped two pair, but a three on the river would see Kornuth denied a second WSOP bracelet. With his victory, Afanasenka doubled his career earnings while collecting his first WSOP bracelet and fourth cash of the series.

Event #12: $500 The BIG 500 No-Limit Hold’em was held on Sunday and 2,427 entrants created a $1,092,150 prize pool that paid the top 371 players. Following the elimination of “pill_ivey” on the money bubble, the likes of WSOP bracelet winners Daniel “DNegs” Negreanu, Kevin “ImaLuckSac” MacPhee, Max “MaxSparrow” Pescatori, and James “mig.com” Mackey, along with WPT Champion James “meatsweats” Carroll all fell short of the final table.

Salter took the lead but Depaulo doubled back with queen-eight to king-ten. The final hand would see Salter all-in with ace-jack only to lose out to Depaulo’s pocket queens to see the New Jersey native awarded his first WSOP bracelet.

Depaulo is a popular YouTube poker vlogger and was a nominee at the 2nd Annual Global Poker Awards for People’s Choice for Poker Personality of the Year. Not only is this Depaulo’s biggest career victory, it also provides retribution his third-place finish in the 2019 WSOP $400 Colossus for $208,643.