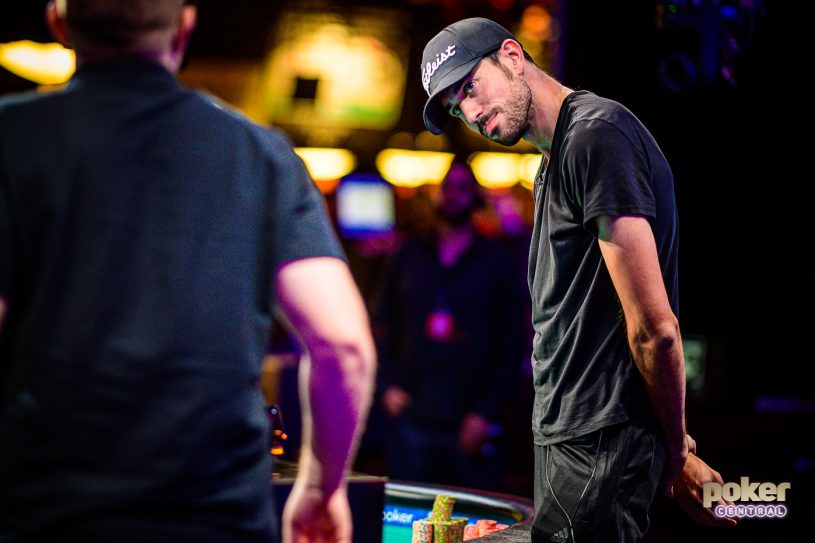 Nick Schulman on his way to becoming the $10,000 Pot-Limit Omaha Hi-Lo 8 or Better Championship winner

After leading his way into the final table, PokerGO commentator and poker legend Nick Schulman won his third WSOP bracelet after a heads-up battle for the ages with Brian Hastings.

A THRILLER ON BOTH SIDES OF THE CAMERA

Having thrilled fans throughout this 50th annual World Series of Poker with his insightful commentary and analysis, Schulman was unable to commentate on the latest live-streamed PokerGO final table as he went into play as chip leader. He would go on to win the $10,000 Pot-Limit Omaha Hi-Lo 8 or Better Championship.

After a field of 193 players took part in the Championship event, Schulman managed to triumph for his first bracelet victory in seven long years.

The final table was a skewed one from the off, with Schulman and who would become his last victim way ahead in chips, with two players extremely short, having effectively laddered their way to the final table; last year’s event winner Michael McKenna and Corey Hochman. Once those two players had busted, it was the turn of former overnight chip leader earlier in the event Chris Vitch to bow out, so that play could go four-handed.

After Denis Strebkov was eliminated in third place, former WSOP Main Event winner Joe Hachem was taken out in third play and the stage was set for the two men to battle for the win. It would be Schulman who would end up with the top prize of $463,670 and his third WSOP gold bracelet. One of the most overwhelmingly popular players playing poker today, even Hastings didn’t look displeased that it was Schulman’s turn for top honors.